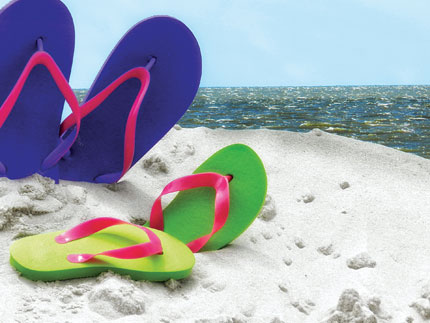 BOSTON, Mass.—With summer just around the corner, Boston has a variety of activities geared for the LGBTQ community within the coming months. Ranging from theatrical performances to fundraisers and parties, this season is filled with activities for people of all ages.

“Sequins, beads, feathers, reggae, soca, bachata and calypso will fill the air,” said Nikki Sanders, a member of the Boston Pride Committee. “There are over 15 events planned for a celebration with our friends and allies of all backgrounds. Come celebrate with us.”

Sanders added that events for Black and Latin@ Pride will “be historic and appropriate for its Boston roots.” These cultural events will include a roller skating party, brunch, dancing, discussions and more. For details on each event, visit www.bostonpride.org/latinopride/.

The AIDS Walk and Run is the AIDS Action Committee’s (AAC) largest annual fundraiser and will take place Sunday, June 7. Now in its 30th year, the event organizers expect to raise around $1 million from just this year’s event. Thousands of participants are expected, including individuals and companies.

Ben Klein, a senior attorney and the AIDS Law Project director at the Gay & Lesbian Advocates & Defenders (GLAD), shared why the organization gets involved.

“GLAD participates in the AIDS Walk to support the critical work of our friends and colleagues at AAC and because every LGBT organization must stay committed to fighting the epidemic that has so profoundly affected our community,” said Klein. “The 30th anniversary of the walk is a time to celebrate the progress we’ve made in fighting unfairness and discrimination against people with HIV, but also to recommit to ending the stigma and prejudice which is still all too common today.”

Randy Price, WCVB-TV newscaster, will be the day’s emcee for the expected thousands of participants. After completing the race, which will include professional timing and approval by USA Track and Field, attendees are welcome to visit the event’s Wellness Festival.

“Recent reports show that Massachusetts residents with HIV are twice as likely to have their disease under control as patients nationally who are living with the virus,” said AAC Executive Director Carl Sciortino. “That translates into fewer new diagnoses of HIV, which have declined 41 percent in the Commonwealth since 2000. Our success in the fight against HIV is due in part to AIDS Action Committee’s life-saving work of connecting people with health care, peer support, counseling, free HIV testing, housing and fuel assistance, and legal services. Support for the AIDS Walk Boston & 5K Run truly makes a difference for people living with HIV or vulnerable to infection.”

Registration and check-in will take place at 7:30 a.m. while the opening ceremony will begin at 9 a.m. Registration includes a $30 fee. For information about how to participate, visit www.aidswalkrunboston.org.

Drag Divas Give Back

Now in its fifth year, this annual benefit for the Massachusetts Transgender Political Coalition (MassTPC) will be held June 9. The evening will feature performances by a variety of drag queens at Boston’s Club Cafe.

“Drag Divas is a fun and engaging way to give back to MassTPC, while also getting the chance to see a world-class drag show,” said Mason Dunn, executive director of MassTPC. “The divas in the show generously donate all of their tips to [MassTPC], which is a truly amazing show of support and kindness. I would like to thank all the divas and the organizer, Henry Paquin, who make this amazing event possible.” [pullquote]“Drag Divas Give Back is a great event that raises money and awareness to the transgender community,” said Henry Paquin, community activist and chair of Unity Pride. “This night brings together the Drag Divas from across New England.”[/pullquote]

Lakia Mondale and Verna Turbulence will host this year’s festivities. All tips and admission will go directly to MassTPC. Over the past four years, the event has brought in over $8,000.

“Drag Divas Give Back is a great event that raises money and awareness to the transgender community,” said Henry Paquin, community activist and chair of Unity Pride. “This night brings together the Drag Divas from across New England.”

The entertainment will take place from 7 to 9 p.m. with general admission starting at $10. The Rainbow Times is a sponsor of the event. To learn more about MassTPC and purchase tickets for the event, visit www.masstpc.org.

BEARZ Bare It ALL for Charity

The Imperial Court of Massachusetts (ICMA) and Outrageous Productions will host this amateur strip tease show June 11, featuring a variety of past notable “Mr. Bear” winners from different states and years. The night will begin at 9 p.m. and will serve as a fundraiser for Waltham House, a group home for LGBTQ youth in Massachusetts. The organization’s programs serve people up to 22 years of age, and include therapy, counseling, education and many other support services.

“It’s very important to ICMA to give back to our community that is in need of outside help,” said Your Majesty Empress XI Lakia Mondale, who will host the event. “The government can only give so much, and with that said, we as a family and community need to help each other out. We try to choose different places to give back to.”

The show will be held at the Paradise Cambridge with a $10 entrance cost. The Rainbow Times is a sponsor of the event. All door fees and tips will go directly to Waltham House.

Launching June 13, the Broadcast will be a new weekly party for women at the Kingston Station restaurant in Boston. Its grand opening will take place at 7 p.m. with dinner and drinks as a part of Boston Pride. It will feature a musical performance by Kiyomi Valentine of the band Hunter Valentine and former cast member of Showtime’s The Real L Word. The night will also feature DJs and soul/hip-hop artist Adrienne Mack-Davis.

“This is going to be something very new and different for the girls,” said Elizabeth McGurr, producer of the event through Lesbian Nightlife. “It will be the first weekly lesbian party in a long time and we would love your support.”

Going forward, the event will continue to take place at Kingston Station every Saturday and feature a variety of live acts and DJs. To learn more, visit www.lesbiannightlife.com.

This annual gathering, held July 11 this year, is for those who identify or fall under the umbrella label of transgender and are between the ages of 13 to 24 in the New England area. The day will provide an opportunity for social networking in the transgender community as well as workshops, activities, a keynote speaker, and more. Now that the summit is in its eighth year, the Boston Alliance of Gay, Lesbian, Bisexual and Transgender Youth (BAGLY), the Greater Boston Parents PFLAG and MassTPC will put on the event.

“This event was initiated in 2008 in order to provide a safe space for transgender and gender non-conforming young people and their families to come together for support, information and resources, and to build community and advocate for a better world for the youth of all of our communities,” said Grace Sterling Stowell, executive director of BAGLY. “Last year’s event hosted over 100 youth and 80 parents/family members, and this year’s numbers are expected to be even more, making it the largest event of its kind in Massachusetts.”

The event is free and will be located in Cambridge at the Microsoft New England Research and Development Center from 9:30 a.m. to 4:30 p.m. Although the event is free, online registration is required via www.bagly.org. Some limited space is available for those who do not identify as transgender, but instead identify as allies. To learn more about the event, contact BAGLY’s Youth Track Coordinator, Eziah Blake, at eblake@bagly.org.

The Theater Offensive (TTO) is a Boston-based theater organization whose mission is “to present the diversity of lesbian, gay, bisexual, and transgender lives in art so bold it breaks through personal isolation, challenges the status quo, and builds thriving communities.” Since 1989, TTO has included a youth theater troupe, workshops, neighborhood productions, original works and more.

“I love that TTO is invested in using the arts to unite and create change,” said Corey Yarbrough, executive director of the Hispanic Black Gay Coalition (HBGC). “I want TTO to continue taking on the taboo topics that force us to acknowledge and react to the diversity, beauty and struggles that exist for LGBT people in Boston.” [pullquote]Staff members Lindsey Anderson and Kaamila Mohamed were motivated by the civil rights movement #BlackLivesMatter to create these theatrical performances. The pieces will be put on by Black, young and queer artists to open up discussions about this movement.[/pullquote]

TTO will host several events this summer, the first of which is “Louder Than Words,” a True Colors Musical. The True Colors Troupe, an LGBTQ youth and allies theater group, will perform their summer shows May 29 and 30 at 7 p.m. in Roxbury’s Hibernian Hall. This free event will be produced by people ages 14 to 22 who do everything from writing the skits to performing and singing them.

Next, the organization will host the BlackOUT Tour. Staff members Lindsey Anderson and Kaamila Mohamed were motivated by the civil rights movement #BlackLivesMatter to create these theatrical performances. The pieces will be put on by Black, young and queer artists to open up discussions about this movement. There are currently three confirmed June dates and locations, including June 11 at 9 p.m. “If You Feel It, You Can Speak It” Open Mic at Bella Luna Milky Way Lounge; June 12 at Boston Pride’s Dyke March; and June 20 at HBGC’s BASK: A LGBTQ People of Color Pride Picnic.

“Many people in Boston are wondering how their day-to-day actions can help challenge systemic racism,” said Abe Rybeck, TTO’s executive artistic director. “I see so many looking at what is happening in Ferguson or in Baltimore and jumping immediately to despair, or simply trying to avoid engaging with these important events. This summer, BlackOUT will tour Boston neighborhoods to inspire people to action. When I see this show, I squeal with laughter, moan with painful recognition, and feel awakened to how what I do today can make a difference.”

The last event, the True Colors Summer Troupe Showcase, will be held July 30 at 7 p.m. with members of TTO’s troupe telling their own personal family and friends’ tales. Performers participate in four weeks of training prior to the show. The event will take place at The Theater Offensive in the Back Bay district of Boston.

For more information about TTO’s events and performances, visit www.thetheateroffensive.org.