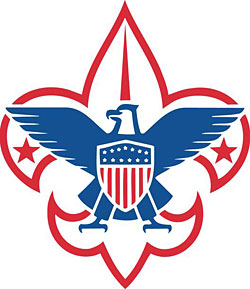 Washington, D.C. – Following recent news that the Boy Scouts of America is considering a change to its membership policy banning gay scouts, the organization is embroiled in new charges of discrimination, this time regarding its hiring practices. The BSA job application for “professional commission” explicitly says gays need not apply.

The application, which comes from the BSA’s national office and appears to be in use across the country, reads:  “The Boy Scouts of America will not employ atheists, agnostics, known or avowed homosexuals.” The full application can be viewed here.

“The BSA must do more to end the rampant, institutionalized discrimination within their ranks and send a message to today’s youth that there is absolutely nothing wrong with being gay,” said HRC President Chad Griffin. “A comprehensive non-discrimination policy that addresses both employment and membership would show clear and compelling leadership by the Boy Scouts.”

“From unfairly turning away gay young adults to telling qualified hard-working people that they need not apply, the Boy Scouts of America are quickly becoming defined by discrimination when they should be focusing on scouting,” said GLAAD President Herndon Graddick. “As a valuable institution serving youth and the source of many of tomorrow’s leaders, the BSA needs to listen to the calls from their own supporters and scouting families to end these unfair and outdated practices.”

Discrimination against gay Americans also is part of the BSA’s membership policy. The group recently announced it was considering relegating the decision of whether to allow openly gay scouts and scout leaders to local councils. The Board is set to vote in May on the membership policy change.  While HRC has applauded an end to the national ban, discrimination will fester in the BSA until the organization endorses a comprehensive non-discrimination policy that covers both membership and employment. A recent Quinnipiac poll found that a strong majority of Americans – 55 percent – favor dropping the ban.

In April 2012, Ohio mom Jennifer Tyrrell launched a Change.org petition calling on the Boy Scouts of America to end its national ban on gay scouts and scout leaders after she was ousted as her son’s den leader because she is gay. She sparked a campaign led by GLAAD and Scouts for Equality to advocate for an inclusive BSA, which has resulted in several corporate sponsors withholding funds as well as hundreds of celebrities, elected officials, scouts and religious institutions speaking out against the ban. Last week, GLAAD and Scouts for Equality delivered more than 1.4 million Change.org signatures to BSA headquarters with gay scouts and scouting families impacted by the ban.