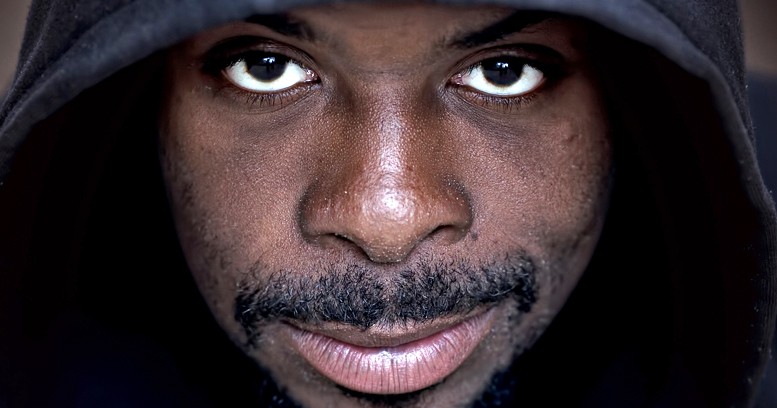 CDC Projects that Half of U.S. Black Gay Men Will Be Diagnosed with HIV During Their Lifetime

If current HIV diagnoses rates persist, about one-half of U.S. Black gay, bisexual, and other men who have sex with men (MSM) and one-quarter of Latino MSM will be diagnosed with HIV during their lifetime, according to a recent analysis by researchers at the Centers for Disease Control and Prevention (CDC). The study, which was presented at last month’s Conference on Retroviruses and Opportunistic Infections, provides the first comprehensive estimates of the lifetime HIV risk for several key at-risk populations at risk, as well as the overall lifetime risk of HIV infection in every state.

For all U.S. residents taken as a whole, the lifetime risk of being diagnosed with HIV is now 1 in 99 – an improvement compared to the previous estimate of 1 in 78 from a previous study using data from 2004 through 2005. Despite this overall progress, CDC’s updated analysis has reveal huge disparities in lifetime HIV risk by race, risk group, and geography. Here are some highlights:

Among MSM, the lifetime risks of HIV infection are:

By race/ethnicity and gender, the lifetime risks are:

By risk category, the lifetime risks are:

CDC researchers also calculated the overall lifetime risks of HIV for the residents of each state and the District of Columbia. These figures cover a broad range from highs of 1 in 13 for D.C. and 1 in 49 for Maryland to lows of 1 in 670 for North Dakota and 1 in 578 for Montana.

Commenting on the exceptionally high lifetime risk of HIV infection among MSM, CDC’s Jonathan Mermin noted, “As alarming as these lifetime risk estimates are, they are not a foregone conclusion. They are a call to action . . . The prevention and care strategies we have at our disposal today provide a promising outlook for future reductions of HIV infections and disparities in the U.S., but hundreds of thousands of people will be diagnosed in their lifetime if we don’t scale up efforts now.”

New U.S. HIV infections could be reduced 185,000 by 2020 if key National HIV/AIDS Strategy (NHAS) targets for HIV testing and treatment and the expanded use of pre-exposure prophylaxis (PrEP) are met, according to a modeling study presented at 2016 CROI. CDC researchers used a forecasting model to predict the effects of implementing the following prevention strategies in the NHAS: 1) expanding PrEP use among high-risk populations; 2) increasing HIV testing and linkage to care; and 3) achieving viral suppression in 80% of persons treated. They examined the impact of fully achieving these NHAS targets, as well as three other scenarios in which none or only some of these targets are met. Their findings are summarized in the graphic, Four Scenarios of the Potential Impact of Expanded HIV Testing, Treatment and PrEP in the US, 2015-2020.

The advent of effective antiretroviral treatment (ART) in the mid- to late 1990s led to dramatic increases in the life expectancies of persons living with HIV in the U.S. and other high-income nations with access to ART. Similar gains in life expectancy have been seen in low- and middle-income nations as access to ART and HIV care have increased during the past decade. However, a major study from the Kaiser Permanente health insurance system has found that, despite these improvements, there continues to be a significant gap in the life expectancies of HIV+ versus uninfected persons in the U.S.

It is important to note that the above figures are averages for all HIV+ versus uninfected persons in the study. The researchers also found that, among HIV+ persons, there were significant disparities in life expectancy and life expectancy gains by race/ethnicity, gender, HIV risk category, and the stage of infection when they started ART. For example, Blacks and persons with a history of injection drug use had significantly lower life expectancies than other groups in 2007 to 2011. In contrast, HIV+ persons who started ART early (with a CD4 T-cell count of 500 or more) had substantially higher life expectancies than those who started treatment later.

Lifestyle factors and non-HIV health history also had a substantial impact on the life expectancies and life expectancy gaps of HIV+ persons: The life expectancy gap between HIV+ and uninfected persons was only about 5 to 7 years for HIV+ nonsmokers without a history or hepatitis B or C infection, or drug/alcohol abuse. In an interview with Infectious Disease News, the study’s lead author, Julian Marcus noted that, “I think our work highlights the importance of getting HIV patients on treatment early, as well as mitigating non-HIV risk factors such as smoking.”

On March 1, the U.S. Food and Drug Administration approved Odefsey, a new one-pill-a-day HIV regimen. The tablet contains three HIV drugs: 1) the non-nuke rilpivirine made by Janssen Therapeutics; 2) the nuke emtricitabine (FTC) made by Gilead Sciences; and 3) a newer form of the nuke tenofovir called tenofovir alafenamide, or TAF for short. TAF is also made by Gilead.

The older form of tenofovir – called tenofovir disoproxil fumarate or TDF – was approved by the FDA in 2001. TDF is a component in most current HIV treatment regimens, as well as in the only FDA-approved pill to prevent HIV transmission (Truvada). TAF is not available as a stand-alone pill. The only other HIV combination pill containing TAF – Genvoya – was approved by FDA last fall.

Odefsey is essentially an updated version of an earlier once-daily HIV regimen called Complera. Both tablets contain rilpivirine and FTC, but in the case of Odefsey, the TAF form of tenofovir replaces the TDF from in Complera.

The TAF form of tenofovir provides lower levels of drug in the bloodstream, but higher levels within the cells, where the HIV virus replicates. TAF was developed to help reduce drug side effects – including decreased bone density and kidney toxicity – sometimes seen in persons taking the older form of tenofovir (TDF). Consequently, the substitution of TAF for TDF is designed to significantly reduce the risk of such side effects.

Soon after CDC presented data on the very high lifetime HIV risk among minority gay and bisexual men (see this newsletter’s lead feature above), the Latino Commission on AIDS released a new report, The HIV Crisis Among Hispanic/Latino MSM. The 4-page brief, which is also available in Spanish, outlines the disproportional impacts of HIV on Hispanic/Latino gay, bisexual, and other men who have sex with men (MSM), identifies factors that contribute to high HIV rates, and recommends measures to address the crisis. The report authors note that being unaware of one’s HIV status, as well as stigma, homophobia, and discrimination, greatly complicate the health needs of Hispanic/Latino MSM.

In addition, “research suggests that language barriers, poverty, and low educational attainment levels are associated with inadequate knowledge about HIV and HIV testing rates. Research further cites the role of mental health, intimate partner violence, and substance use issues among Hispanics/Latinos as greatly impacting their HIV prevention and treatment needs.”

Meeting the unique needs of Hispanic/Latino MSM will require “thinking outside the box,” according to the report. It calls for increased government and privately funded programs that: 1) support strategies and research for culturally responsive interventions and support services, including mental health services; 2) increase capacity building and training for HIV/AIDS providers, public health officials, and advocates; and 3) embrace creative thinking, innovative interventions, and improved data collection.

The fourth annual National Youth HIV and AIDS Awareness Day (NYHAAD) is being observed this year on Sunday, April 10. Many national, state, and private organizations are partners or supporters of NYHAAD. The day’s founding partners include: Advocates for Youth; AIDS Alliance for Children, Youth, and Families; AIDS United; National Alliance of State and Territorial AIDS Directors; National Coalition of STD Directors; NMAC; and Sexuality Information and Education Council of the United States.

According to Advocates for Youth, the establishment of NYHAAD is a step toward acknowledging and addressing the needs of young people in the HIV and AIDS response. Each year, young activists in high schools and at colleges and universities across the country use the day to organize and educate about HIV and AIDS. They promote HIV testing, fight stigma, and start the necessary conversations to deal honestly and effectively with the challenges of fighting HIV/AIDS among youth.

To support activities commemorating NYHAAD, we have compiled an annotated list of online resources focusing on HIV/AIDS among children, adolescents, and young adults.

National Youth HIV and AIDS Awareness Day: This is the web page for NYHAAD. It provides background information about the day, together with links to information resources focusing on HIV/AIDS among young persons.

Vital Signs: HIV Among Youth in the U.S. Infographic from CDC.

Young People, Adolescents, and HIV/AIDS (from Avert) – This page provides general information about HIV among youth and has links to many resources focusing on youth.

Being Young and Positive (from Avert) – Information about HIV/AIDS for young persons. Topics include: taking responsibility for your health, telling your friends, having relationships, and having sex.

HIV Information for Parents (from Advocates for Youth) – This page includes a variety of resources focusing on sexuality and parent-child communication skills.

Fact Sheets from Advocates for Youth: