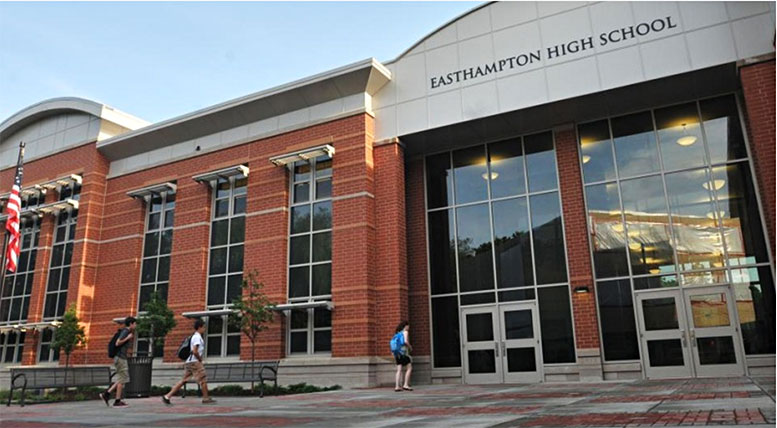 Easthampton, a small Massachusetts town of just over 16,000 residents located south of Northampton in the Pioneer Valley, is apparently working toward being LGBTQ-inclusive.

According to Mayor Nicole LaChapelle, who uses they/them/their pronouns, the LGBTQ population has a noticeable presence in the town.

“I think that they’re a part of city government as well as the community,” they said. “There’s [also] a strong business … and school presence of LGBTQ [people] who readily participate, and feel welcomed to do that.”

However, LaChapelle claimed that there are parts of the LGBTQ community that Easthampton could become better at including.

LaChapelle went on to praise the Easthampton City Council and its efforts to recognize the LGBTQ—especially gender nonconforming—community.

“It’s a work in progress,” they said.

The Easthampton Public Schools (EPS), have been one of the main groups leading the way toward LGBTQ inclusiveness.

According to a Daily Hampshire Gazette_ article from December 2017, reforms to the town’s high school and middle school health education curricula have been initiated. Specifically, students from Easthampton High School’s Gender and Sexuality Alliance (GSA) argued, at a School Committee meeting, the need for more LGBTQ topics in both the health education and core curriculum.

The curriculum director for the EPS, Julie Anne Levin, along with other staff (such as superintendent Nancy Follansbee), have helped the students with their initiative, notably changing—to backlash—the high school’s term “freshman” to “first year.”

Levin has also planned LGBTQ material for a wellness class and agreed to reach out to teachers about including such topics in their curricula, according to the Daily Hampshire Gazette_ article.

In addition to Levin’s work, the school planned to add more LGBTQ-related books to the school’s library and to discuss with the maintenance director converting private gender-neutral bathrooms to public ones.

“Resources within City Hall are certainly the same as you’d see in the general public,” LaChapelle said.

They continued to add, as an example, that they recently created a community relations committee to improve, through outreach, the well being of LGBTQ residents—along with that of veterans, women, and elders, among others.

“There is no particular LGBTQ organization in Easthampton other than student organizations at the Easthampton High School and the [town’s] private school, Williston-Northampton,” said J.M. Sorrell, the media spokesperson for Noho Pride, an LGBTQ activist organization based in nearby Northampton, Massachusetts.

“Medical resources are similar to those throughout Hampshire County—Cooley Dickinson [Hospital] in Northampton is the local hospital,” Sorrell continued.

Valley Medical Group (VMG), a medical organization with multiple specialties located in Easthampton (along with Amherst, Northampton, and Greenfield), not only welcomes members of the LGBTQ community but has a competently trained staff ready to assist members of this marginalized community.

“We welcome members of the LGBTQ community. This past year, as well as in 2017, we had [LGBTQ competency] training through a trainer from the Cooley Dickinson practices,” said Mary Mitchel, RN, BSN, VMG’s Health Center Manager for the Northampton & Easthampton Health Centers. “All of our providers, staff, all of our staff, including reception and clinical, receive training. It’s part of new employee orientation [too].”

“Valley Medical Group practices are inclusive in providing care to this community and we also offer transgender [specific] care. We have two endocrinologists … that have experience in this area,” she said.

They take feedback from the community to learn and better improve and tailor their current services.

In 2017, “we had two forums in the Northampton community where we’ve invited members of the LGBTQ community to give us feedback on what their needs are,” Mitchel added. “I feel the conversations that we had with folks were very helpful and informative.”

Easthampton is also home to a center that specialized in LGBTQ senior services.

“The senior center in Easthampton,” the Easthampton Council on Aging & Enrichment Center, “has hosted older adult social and educational events for LGBT seniors” according to Sorrell.

“As with most of Hampshire County, LGBTQ people live throughout Easthampton and are integrated into the community. … Historically, Northampton has been the nucleus of LGBTQ life in western Massachusetts,” she added.

According to Easthampton resident Mary Jo Schwie, Easthampton is relatively integrated and safe.

“In fact, we have several gay couples on our street,” she said. “More gay folk seem to be moving to Easthampton because it’s more affordable than [Northampton].”

NOTE: When asked for a photo of the Easthampton High School for the story, The Rainbow Times received a response that the Superintendent, Dr. Allison LeClair, Ed. D. would require a “copy of the article before she can provide a picture” to the publication. TRT contacted Dr. LeClair and although she said she would contact the publication on Monday, December 3, she never did. The photo used was not provided by the High School nor the Superintendent.