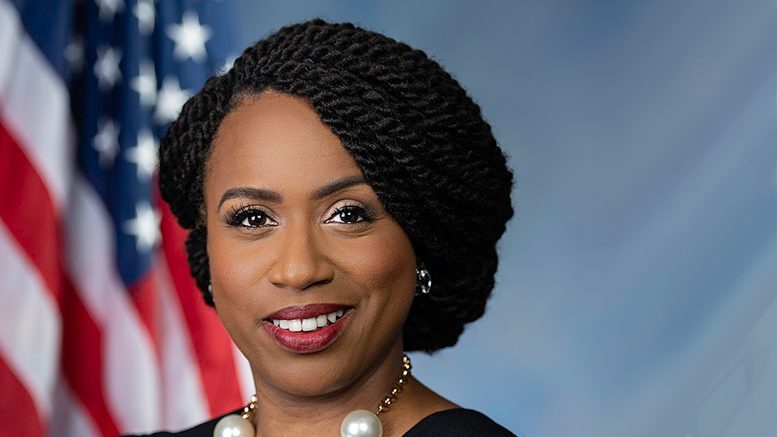 Today, Congresswoman Ayanna Pressley (D-Mass.), and over 40 of her democratic colleagues, sent a letter to Vice President Pence demanding that the Trump Administration reassess its “public charge” rule in light of the coronavirus outbreak, according to a news release.

The “public charge” rule permits immigration officers (ICE) to assess whether immigrants seeking lawful permanent residency are a “public charge” if they have used government benefits, like government health insurance—a rule that the congresswoman said, via a news release sent to The Rainbow Times, will deter immigrants who are experiencing coronavirus symptoms from seeking medical testing or treatment.

“We cannot allow Pence and this Administration to deter people from seeking medical care because of fear of deportation, which could severely compromise public health during these precarious times,” said Congresswoman Pressley. “This Administration’s public charge rule is racist, xenophobic, and it furthers Donald J. Trump’s attacks on immigrant children and families of color. This rule is forcing millions of families to make an impossible choice between basic needs and the people they love, driving up uninsurance, hunger, and illnesses like the coronavirus.”

Currently, coronavirus cases in the U.S. have surpassed 1,000 and the numbers will continue to climb, CNN reported. 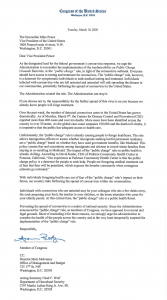 The humanitarian and advocacy efforts led by the Congresswoman have been pivotal to many marginalized communities that are targeted by the current administration.

“Congresswoman Pressley has been a staunch advocate for immigrants and an outspoken opponent of the Trump Administration’s xenophobic policies,” the news release read. “Last year, she led the Massachusetts delegation in sending a letter to Secretary of State Mike Pompeo opposing the rule. She also led a bicameral effort to reinstate medical deferred action for critically ill immigrants receiving lifesaving care in the United States. In June of 2019, she visited US Customs and Border Patrol facilities at the southern border and testified before the House Committee on Oversight and Reform on the human rights abuses she witnessed. Prior to that, she joined colleagues on the House Financial Services Committee to demand the withdrawal of a proposal by the Department of Housing and Urban Development (HUD) to terminate housing benefits for mixed-immigration status families who rely on HUD’s public and assisted housing programs.”

In an effort to curtail the spread of germs, the letter was not physically circulated to all 43 Congressional offices. Instead, each Member of Congress signed a copy of the letter.

[From a News Release and Partial Reporting by The Rainbow Times.]