Faith, Family, and Creator, the author reflects on the light that we all are

A recent news story reminded me of Genesis (1:31), “Then God saw everything” that was “made, and indeed, it was very good.” The passage is about the ever-unfolding cosmos and how we are part of it.

On January 14, 1810, Matthew Tomlinson, a farmer in Yorkshire, England wrote disapprovingly of a naval officer’s persecution and the criminalization of his behavior for loving another man. The diary is being described as re-writing gay history.

Sean Coughlan of BBC News reported that Oxford University historians determined the diary passages were a commentary on the court-marshal and proposed punishment of hanging an officer for “unnatural acts.”

In the diary, Tomlinson wrote, “It must seem strange indeed that God Almighty should make a being with such a nature or such a defect in nature; and at the same time make a decree that if that being whom he had formed, should at any time follow the dictates of that Nature, with which he was formed, he should be punished with death.” 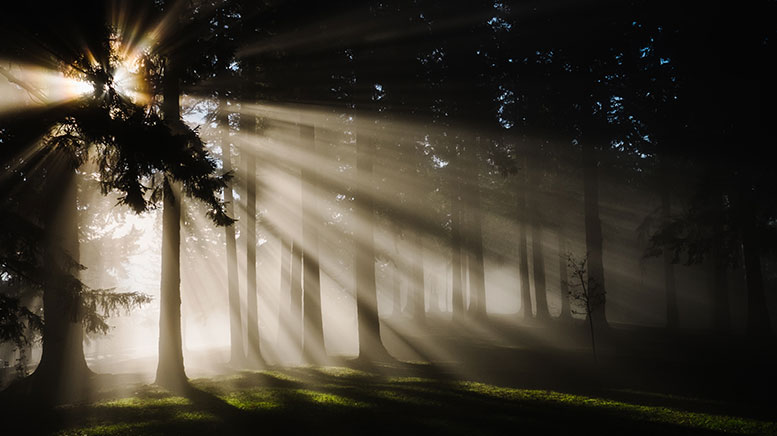 The reflective farmer sought to understand same-gender attraction in the context of life’s meaning. He strove to know how everything organically fits into the greater whole. The society of his day wasn’t mature enough to understand, but he was. The human experience is about awakening. It’s come a long way in many ways, but there have been setbacks and there is more to learn and relearn.

Humanity is still in a kind of spiritual birth process. It continues trying to understand the dynamics and creativity of an expanding universe.  It’s what each of us is called to do – find our place in the world; to live our truth while knowing we belong to the greater whole.

Former Democratic presidential candidate and Indianapolis mayor Pete Buttigieg, a devout Episcopalian, admitted last year, “If you had offered me a pill to make me straight, I would’ve swallowed it before you had time to give me a sip of water.”

He added, “It’s hard to face the truth that there were times in my life when, if you had shown me exactly what it was inside me that made me gay, I would have cut it out with a knife.”

Sometimes, divine cosmological grace forces us to experience the dark journey of the soul to bring us to a healthy place. It’s through a journey through a spiritual briar patch that deepens consciousness. Inner growth is often not a pleasant process. Being LGBTQ+ is beautiful, awesome, and meant to be as deemed by God (gender neutral).

Like the expanding universe, it has a rippling effect where one action creates another. We are all Creators empowered by the Ultimate Creator to awaken ourselves while helping others to do the same.

Jews, Muslims, Mormons, Catholics, Jehovah Witnesses, and the list goes on, all have their heroes who have come forward to live their truth as the Giver of Life intended. They become spiritual role models.

“Would you help me tell the world I’m gay too? I want to be brave like you,” 9-year old Zachary Ro asked Buttigieg at a voter’s forum. The courage and innocence of this boy were inspiring and heartwarming. Zachary was brave because of whom he identified as a role model. Now, Zachary passes it on as a role model himself too.

*Paul is a personal chaplain; seminary trained, and ordained priest, and lawyer in greater Albany, NY. He’s the author of “Lost Sense of Self & the Ethics Crisis.”

[This story originally ran in the March 5, 2020 issue of The Rainbow Times.]