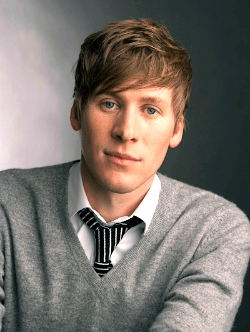 Sexy lesbians working in a World War II-era bomb factory? Yes, it happened, there just haven’t been a lot of Steven Spielberg movies made about the subject. Because while the heroism of those who served during World War II is the subject of countless movies, books and TV shows, there are simply fewer stories told about the courage of those on the home front. Bomb Girls looks to fill in a bit of that gap. A Canadian TV drama that already aired there earlier this year, Bomb Girls tells the stories of a group of women who work in a munitions factory during the war and co-stars Academy Award nominee Meg Tilly (Agnes of God). Meanwhile, in keeping with the real social upheaval caused by the mass influx of women into the American wartime workforce, the series will indeed feature a lesbian character (played by Canadian TV star Ali Liebert) and her relationship with a co-worker (Charlotte Hegele). Already picked up for a 12-episode second season in Canada, the six-episode first season will debut this fall on cable’s ReelzChannel.

8, Dustin Lance Black’s all-star benefit stage play (George Clooney! Brad Pitt!) about the successful court battle against California’s Proposition 8, the law that repealed marriage equality in that state, is moving closer to a big screen adaptation thanks to director Rob Reiner (When Harry Met Sally). Reiner’s production company, Castle Rock, is working with Black on the script phase, which, according to Black, will expand the courtroom drama to include more personal information about the plaintiffs. Smart move, because sitting 20 feet away from a live benefit performance featuring Clooney as he reads courtroom transcripts might be exciting for the privileged attendees, but multiplex audiences need a little more to grab onto besides their popcorn. When it all finally comes together, expect Milk and Brokeback Mountain levels of attention from a political climate where same-sex marriage makes the daily news almost as often as the weather forecast. The iron’s hotter than it’s ever been. Time to strike, Hollywood!

Much ado about Sean Maher

Hey everybody, guess what Sean Maher’s doing next? That’s right, he’s going to co-star in the new Joss Whedon (The Avengers) movie, a modern-day adaptation of Shakespeare’s Much Ado About Nothing. Oh, wait, you have no idea who Sean Maher is? Well, that’s your own fault, but here’s a quick recap: he’s the cool, openly gay character actor, already a household name in nerdy, Whedon-following, Firefly and Serenity-obsessed households, who’s been off the radar for a bit thanks to two years of stay-at-home Dad detail. So a return to work is welcome for both him and audiences who appreciate the everyday working actors out there who don’t let their sexuality turn into an endless tabloid-based wild goose chase (*cough* Latifah-Travolta). Most importantly, though, it’ll be refreshing to see what the witty Whedon does with Shakespeare, and the film will also star Firefly colleague Nathan Fillion, so the news on this one just keeps getting better.

The best rumor of right now: a Downton Abbey movie

As the third season of Downton Abbey shoots, gearing up for a fall telecast in the U.K. and a January bow on America’s PBS, the hottest Emmy-hoarding British import on television is now the subject of rumor after rumor, most of them false. The most frightening one, of course, was the cruel idea that one-liner machine Maggie Smith would soon depart the series (untrue, says Smith and creator Julian Fellowes). But here’s the best one: a theatrical film, probably capping the series’ eventual end on TV (those Brit shows never wear out their welcome with too many seasons, a lesson American series could stand to learn). Fellowes, of course, isn’t confirming but he’s also not denying, choosing instead to address the issue with vague talk of “talks.” In other words, it could happen. So where’s the Facebook petition? We’ll sign it.

* Romeo San Vicente understands that Mr. Bates is the sweetest, most gentle convicted murderer on TV, but, truth be told, it’s really all about Lord Grantham. He can be reached care of this publication or at DeepInsideHollywood@qsyndicate.com.