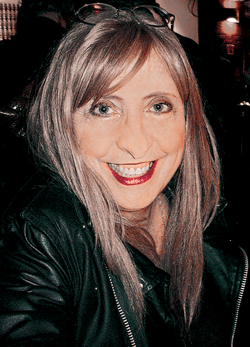 Everyone needs to go to the doctor for their physical well-being. We need to have whatever’s in our bodies checked out, and, if there are problems, deal with them. Here are some glimpses into the transgender patient’s experience at the doctor’s office.

About 10 years ago, I remember some girls who went in for checkups as female and never said a word about being born into a male body. They just went in for their female checkups completely ignoring their male parts, which also need to be checked out. They would smile and feel good that they “fooled” the doctor.

Moving on, many transgenders have not transitioned and are still in the closet and still appear in public in the gender into which we were born. One issue that I’ve known is of the closeted male-to-female transgender showing up physically as a male with shaved legs and chest. (“Hey! What happened to your leg and chest hair?”) Depending on the people involved, this could lead to an embarrassing and/or comical situation. I’ve also known some closet trans who forgot to take off their toenail polish and came to a physical as male. Oopsie!

Now for some “Deja at the doctor” stories and other stories from transpeople who sought medical help.

I’ve been to doctor’s office and they look at my file, which always has conflicting references to my physical gender. Some papers say male and others say female. With a puzzled look they ask me if I’m male or female. I just smile and say that I am a transwoman and they accept that. I just went for a blood test recently and the young lady who was looking over the tests my doctor ordered asked me why I was to get a PSA test. I told her that I am a transwoman and that I still have my prostate and it needs to be checked. She said “Oh! that makes sense.”

Another time, I was at a dermatologist’s office who had never dealt with a transperson before. He was curious about my breasts and asked me if they were implants. I told him that if I had gotten implants, I would’ve gotten them bigger than what I have now. We both chuckled and then he asked if he could touch them. I obliged and he did touch them in a very appropriate way. I could see that he wanted to learn.

Speaking of learning experiences in a doctor’s office, one of my girlfriends went in for her physical as a male with her lifelong doctor and, after he looked at the medications she was on, he asked her why she was taking estrogen. She told him that she was transgender and he suddenly put down her file and with a very serious face asked her to talk about it. She agreed and taught him and answered any questions that he had. Kudos to this doctor who wanted to learn about transgender patients and kudos to my girlfriend who helped him learn!

Another story, this time from a transman friend of mine who was at the gynecologist for a pap smear. This transman has a full beard, a low voice, is tall, and you would never, ever guess that he was born into a female body. He is all man, for sure, but he still has female parts. Here he was, the only man sitting in the waiting room with a bunch of women and girls when the assistant came out and called his name and with a puzzled look asked if he was here for a pap smear. He sheepishly said that yes, he was.

There are also horror stories about transgender people seeking medical help. I knew of one transman who was refused treatment and he eventually died of ovarian, uterus and cervical cancer, as he went untreated. Another girl got hurt on her job while dressed as male. When she was in the ER the doctor took off her shirt and noticed that she was wearing a bra. He stopped treating her, backed away and said that he was not going to work on “that.” She laid on the gurney in the ER for about an hour before another doctor treated her.

Ask any transgender person and they will tell you their doctor stories. Some are good, some are bad, some are funny, and some are horrible. All of these types of stories will be around for a while until the medical profession as a whole begins to understand the transgender patient. They are getting much better, but they are not completely there yet.

*Deja Nicole Greenlaw is a local transwoman who has three grown children and works at a local Fortune 500 company. She can be contacted at dejavudeja@sbcglobal.net.