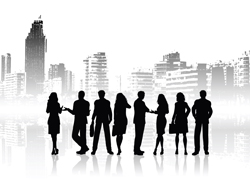 Boston, Massachusetts—The eighth anniversary of marriage equality in Massachusetts and the rights of same-sex couples to wed in the commonwealth is celebrated today. For such an important occasion, The Rainbow Times, TRT, contacted the prominent members of some of the State’s key organizations to find out what this meant to them, then and now. The following are their quotes, unedited.

“That all this has occurred in less than a decade speaks to the power of the honest conversation that is taking place across America as lesbian, gay, bisexual, and transgender residents come out to their friends, family, and neighbors. We are extremely proud that the movement for marriage equality saw its first victory in Massachusetts, where 18,462 same-sex couples have wed since May 17, 2004. In the eight years that same-sex couples have been marrying in Massachusetts, we have learned that our communities are safer, happier, and healthier when all families are respected, supported and celebrated. As time goes on and even larger majorities of Americans come to support marriage equality, we look forward to the day when all Americans can enjoy the freedom to marry.

“We are extremely proud of the role MassEquality played in winning marriage equality in Massachusetts. We look forward to additional victories for LGBT residents of the state in making schools safer for LGBT students; ending the epidemic of homelessness among LGBT teens and young adults; ensuring that LGBT elders can age with dignity; and collaborating with social justice organizations to lift up all of our vulnerable communities in the Commonwealth.”

“Simply put, it shows that the people of MA are on our side. And why shouldn’t they? We are all equal.”

“GLAD won the freedom to marry for same-sex couples with the Goodridge case in November of 2003. When loving, committed same-sex couples began marrying in Massachusetts six months later, it was like a curtain lifted on our community. Through the vehicle of marriage, the Commonwealth, and the entire country, was able to relate to gay and lesbian people in ways they had never before – as joyful brides and grooms, devoted spouses, loving parents, and old married couples. That has opened up possibilities for the LGBT community in dimensions no one envisioned. We are more integrated into the fabric of our communities. Our young people can more easily envision fulfilling futures. There is a greater awareness in mainstream America of the inequalities LGBT people continue to face, and, more importantly, a greater willingness to correct those injustices.”

“Marriage equality has often been characterized as the central issue for the gay and lesbian advocacy community, but issues related to marriage also affect the transgender communities including those of us who also identify as gay, lesbian, bisexual, or heterosexual.

“As we have seen in states that restrict marriages between “one man and one woman” these laws have also negatively affected transgender people and in some cases it appears like we cannot marry anyone regardless if that person is of the opposite sex. Cases where transgender women and men have met the legal requirements to change their sex on their birth certificates, but the validity of their straight marriage to someone of the opposite sex has been challenged and in many cases those marriages have been deemed “same-sex” by courts then the state invalidates the marriage, even though it is between a man and a woman.

“By taking gender out of the equation of who can marry who, like what happened 8 years ago in Massachusetts, this has made things easier for a transgender people to also marry the person we love and care about. Marriage equality is an issue for the transgender community, but we must also be able to provide for our families and that means ending discrimination in employment, public accommodations, education and other places that transgender families engage with.”

“Same-sex couples deserve the same rights and privileges as heterosexual people, which includes the right to love and commit to one another publicly. Since I took the plunge and married my partner of 10 years, I feel LGBT people have finally begun to be accepted by society in the same way other minority groups have struggled for recognition: it’s a slow process but we are making progress.

“With tax season just finishing up, it’s interesting to note that my accountant told my spouse and I that our federal refund would have practically doubled if we could have filed as married federally. That really smarts to hear. Since the Defense of Marriage Act (DOMA) exists, discrimination is still prevalent; we all have plenty of work to continue.”