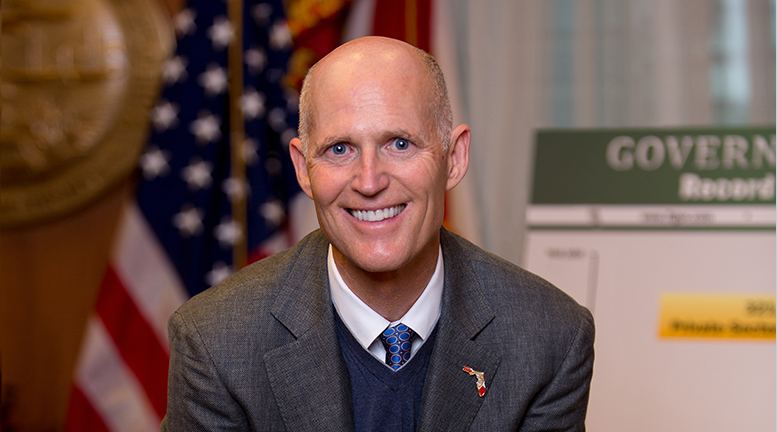 After the Pulse nightclub shooting in June of 2016, Rick Scott made a number of promises to our LGBTQ community and to Florida citizens to curb mass shootings and gun violence in our state.  Our community waited and then watched in horror as a second mass shooting occurred at the Fort Lauderdale Airport in 2017. Now, after Parkland, Rick Scott is making the same empty promises.

“In the aftermath of Pulse, one of the most deadly instances of mass violence in American history, Rick Scott broke the promises he made to pursue gun safety efforts and took no action to protect us from another shooting – it’s painfully clear that he has no sincere desire to take real action on this critical issue. His long, well documented record of opposing common sense gun safety measures have made all of us less safe. Time and again he has put the interests of lobbyists, the NRA and his own political agenda over protecting our children, our schools and all marginalized people who are disproportionately affected by gun violence.

“Equality Florida has joined the effort to push back on the NRA’s strangle hold on Tallahassee and our politics and we call on Rick Scott to finally make where he stands clear. Pledge to reject the NRA’s support or finally tell the truth about where you are on these issues. We don’t need more vague insincere promises and spin. Either lead or get out of the way,” said Joe Saunders, Senior Political Director of Equality Florida.

This week, in response to the shooting in Parkland, FL, Equality Florida has joined a national campaign called #NoNRAMoney that has one purpose: To break the NRA’s political stranglehold that has shut down rational gun policy for decades. The website www.NoNRAMoney.org features two petitions: One allowing candidates to publicly reject NRA support; the other for voters who vow to oppose any candidate who takes NRA money.

Miami Herald: “Little Changed” In FL After 2016 Pulse Shooting. “In Florida, little changed after previous mass shootings at Orlando’s Pulse nightclub in June 2016 and at Fort Lauderdale-Hollywood International Airport in January 2017. This time the response may be different because the killings happened at a school in the middle of a legislative session in an election year.” [Miami Herald, 2/15/18]

Tampa Bay Times: Scott Refused To Call A Special Session To Address No Fly No Buy. “If Congress won’t act, they argue, then the state should, by requiring more extensive background checks for gun buyers and a “no fly, no buy” law to deny firearms to someone who’s on a federal terrorist watch list. Gov. Rick Scott could call a special session. He has made clear where he stands.” [Tampa Bay Times, 6/28/16]

June 2016: Scott, In Wake Of Pulse Shooting, Refused To Answer What He Would Do A Policy Level To Stop Something Like Pulse In The Future. REPORTER: “Is there anything that you can do on a policy level to stop something like this in the future?” RICK SCOTT: “There are – look. We’re dealing with a tragedy right now. Our prayers go out to everybody impacted. Law enforcement’s doing their job. The – there will be plenty of time to think about how do we make – or, you know, continuing to improve our society. And we’re going to continue to work on how we do that. Look, we’re a resilient state.” [NPR, “Weekend Edition,” 6/12/16] (VIDEO)

AFTER FORT LAUDERDALE AIRPORT SHOOTING, SCOTT PROMISED
TO KEEP GUNS AWAY FROM THE MENTALLY ILL, INSTEAD
CUT FUNDING FOR MENTAL HEALTH SERVICES

2017: After Fort Lauderdale Airport Shooting, Scott Said He Supported Keeping Guns Away From Mentally Ill, Only If They Had A Legal Pronouncement On Instability. “Nearly a week after a gunman who told relatives and authorities he heard voices in his head opened fire at the Fort Lauderdale airport, Gov. Rick Scott expressed support for keeping guns away from people with mental illness.  But Scott added a qualification — a legal pronouncement on instability.” [The Miami Herald, 1/12/17]

Miami Herald: “Little Changed” In FL After Fort Lauderdale Airport Shooting. “In Florida, little changed after previous mass shootings at Orlando’s Pulse nightclub in June 2016 and at Fort Lauderdale-Hollywood International Airport in January 2017. This time the response may be different because the killings happened at a school in the middle of a legislative session in an election year.” [Miami Herald, 2/15/18]

July 2017: Scott And Florida Cut $11 Million From Mental Health And Substance Abuse Funding. “In the state budget that started July 1, Florida actually reduced by $11 million for what is spent on mental health and substance abuse funding,” said Joseph Rutherford, the CEO of Gracepoint, a nonprofit behavioral health organization in the Tampa Bay-area.” [Florida Politics,7/10/17]