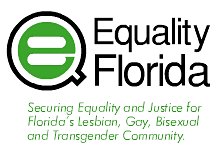 Today, a judge in Broward County ruled for the first time that the state of Florida must recognize same-sex marriages conducted out-of-state. This is the third pro-equality ruling out of Florida state court in the past month, with judges in Miami-Dade and Monroe counties issuing strong rulings in July. The judge’s ruling applies to recognition of out-of-state same-sex marriages, as well as overturning Florida’s ban on same-sex marriage – Broward County only. This marks the third time in the past few weeks that a Republican-appointed judge in Florida has ruled on the side of marriage equality.

“Every win in court brings us closer than we’ve ever been to the freedom to marry in Florida,” said Nadine Smith, CEO of Equality Florida. “We look forward to the day when all loving, committed couples and their families enjoy the same protections, opportunities and responsibilities of marriage under the law.  Every passing day inflicts real hardships on families who are denied the legal protection and dignity that marriage equality provides.” [pullquote]Broward Circuit Judge Dale Cohen ruled that the state of Florida must carry out the separation and that, more broadly, is constitutionally obligated to provide full state recognition to all same-sex marriages conducted in other states.[/pullquote]

The lawsuit was filed by Heather Brassner, who had entered into a civil union in Vermontin 2002 and is seeking a divorce in Florida.  The judge indicated that “He was not prepared to grant the divorce without addressing the constitutionality of the same-sex marriage ban — and the same-sex marriage recognition ban,” according to Nancy Brodzki, Brassner’s attorney.  Brodzki then filed a motion for the judge to rule on Florida’s constitutional ban. Broward Circuit Judge Dale Cohen ruled that the state of Florida must carry out the separation and that, more broadly, is constitutionally obligated to provide full state recognition to all same-sex marriages conducted in other states.

There are currently more than 70 marriage equality cases working their way through the judicial system. In addition to these three rulings out of Florida state court, HRC’s movement allies at the American Civil Liberties Union of Florida are also advocating for marriage equality in a federal lawsuit.

The judge issued an immediate stay on his ruling, meaning same-sex couples in Florida cannot marry just yet.

Attorney General Pam Bondi appealed the judges’ decision in the Miami-Dade and Monroe County cases, and is expected to appeal this decision as well.

Last week, Equality Florida delivered more than 7,000 petitions to Bondi’s office, calling on the attorney general to drop her appeals.

[From News Releases from Equality Florida and HRC]