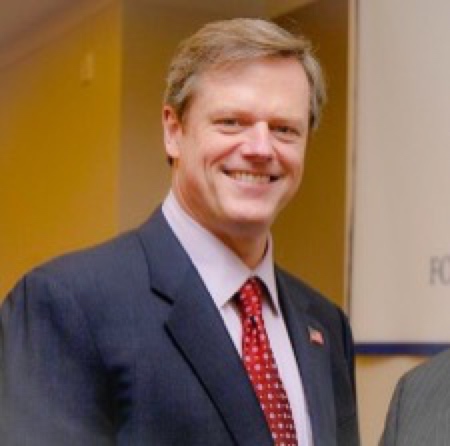 BOSTON, Mass.—Governor Charlie Baker has announced an expansion of the Commonwealth Supplier Diversity Program to allow for more than 21,000 LGBT-owned businesses to compete.

“We are committed to ensuring diversity as the state engages business suppliers and contractors and are excited about this opportunity to include LGBT, disability, and veteran business owners in the state’s network and procurement chain,” Baker said in a press release.

The Commonwealth Supplier Diversity Program was established in 2010 to promote diversity in the procurement of state contracts. First aimed at covering racial and diversity, Baker’s expansion will improve the reporting process to aim at procuring contracts from LGBT-owned businesses. This will make it a requirement to include LGBT-owned businesses in the state’s bidding procedures for contracts. The new measures will cover all current forms of contracts, including design, construction, and retail services. [pullquote]“Nothing says ‘The spirit of America’ like an equal seat at the table for every business owner who wants one,” said Justin Nelson, president of the NGLCC. “LGBT-inclusive supplier diversity means that there will be greater LGBT business visibility across Massachusetts.”[/pullquote]

Before today, only the California Public Utilities Commission and selected municipal governments, intentionally included LGBT-owned enterprises in their procurement chains.

The National Gay and Lesbian Chamber of Commerce, a Washington, D.C.-based nonprofit organization which acts as a third-party certification organization for LGBT businesses, will be taking on the effort to certify Massachusetts businesses.

The executive order, said NGLCC co-founder and CEO Chance Mitchell, will create a “replicable framework to promote the intentional inclusion of certified LGBT business enterprises into their procurement and contracting codes.”

“Nothing says ‘The spirit of America’ like an equal seat at the table for every business owner who wants one,” said Justin Nelson, president of the NGLCC. “LGBT-inclusive supplier diversity means that there will be greater LGBT business visibility across Massachusetts.”

Nelson said the chamber now calls upon states with large LGBT populations “like New York, Illinois, and others” to push for similar reforms.

Sam McClure, vice president of the NGLCC said this victory is an opportunity to push forward across the country.

“This is a huge win for LGBT-owned businesses that deserve equal opportunities to bid on contracts with the Commonwealth,” McClure said.

Boston Mayor Marty Walsh said the executive order will bring Boston and the state at-large closer to their ultimate goal of inclusion in all forms.

“Our economy cannot move forward when opportunities for success are not shared equally across the board,” Walsh said.

Additional information and full disclosures for the Commonwealth Supplier Diversity Program can be found here.