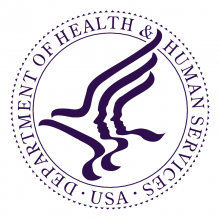 For too long, the health concerns of lesbian, gay, bisexual, and transgender (LGBT) individuals were pushed to the side. LGBT individuals have faced limited access to health care and insurance. They have been less likely to get the preventive care they need to stay healthy, they have higher rates of tobacco use, and they are often at increased risk for mental health illness.

Like all Americans, LGBT Americans deserve respectful health care providers and the security of accessible, affordable health care that meets their needs. As we observe LGBT Pride Month, I am pleased to say that the Department of Health and Human Services continues working hard to make this a reality for the LGBT community.

In addition, I’m excited to say that, based on the recommendations of LGBT data experts, HHS is moving forward with testing survey questions on gender identity for use by states in the Centers for Disease Control and Prevention’s Behavioral Risk Factor Surveillance System. HHS will be providing technical assistance and support to the states.

Recognizing that health can be influenced by a variety of factors including sexual orientation and gender identity, HHS recently released the enhanced National Standards for Culturally and Linguistically Appropriate Services (CLAS) in Health and Health Care. This blueprint is designed to help organizations improve health care quality in serving our nation’s diverse communities. With the enhanced CLAS standards, we hope to reduce LGBT barriers to health care.

The health care law gives Americans improved access to care through stronger Medicare and Medicaid programs and more options for health insurance coverage. The new Health Insurance Marketplace will allow consumers to compare plans and choose the one that best meets their needs and budget. Enrollment begins Oct. 1, 2013. [pullquote]Starting in 2014, insurers cannot deny coverage or charge higher rates based on a pre-existing condition or because an individual is lesbian, gay, bisexual, or transgender.[/pullquote]

Other protections and benefits of the Affordable Care Act important to all Americans, including LGBT individuals, include:

· Insurers can no longer impose lifetime dollar limits on health insurance coverage, and annual limits will be phased out in 2014. This is particularly important for people with cancer, HIV/AIDS, and other chronic diseases requiring comprehensive, long-term care.

· Starting in 2014, insurers cannot deny coverage or charge higher rates based on a pre-existing condition or because an individual is lesbian, gay, bisexual, or transgender.

While we’re proud of our accomplishments, we recognize there is much still to be done. HHS is committed to improving the health and well-being of all Americans, including LGBT Americans, and we look forward to continuing this important work during Pride Month and beyond.