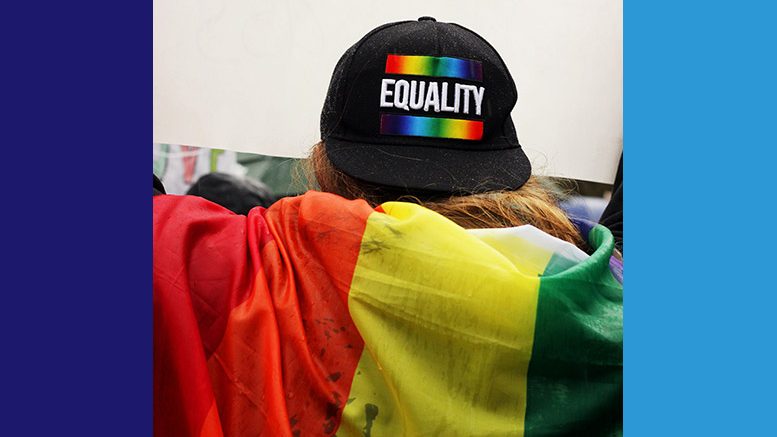 BOSTON—In what is being hailed as a landmark civil rights’ victory for the LGBTQ+ community, the conservative U.S. Supreme Court ruled yesterday to protect LGBTQ+ workers from discrimination in employment, a blow to the Trump administration’s agenda.

The 6-3 ruling by the Supreme Court, authored by Justice Gorsuch, recognizes that existing federal sex discrimination protections for workers apply to LGBTQ people based on well-established precedent and because of a person’s sexual orientation or transgender status can only be understood in relationship to their sex. This conclusion “has been standing before us all along,” the majority opinion states. Further, prohibiting employment discrimination is a “major piece of civil rights legislation” written in “starkly broad terms.” As a result, the Court holds employers are liable for discrimination when an individual’s “sex is a but-for cause” of harm to an employee.

The decision joins other foundational sex discrimination opinions about sexual harassment (1986), sex stereotyping (1989), and same-sex sexual harassment (1998), all of which the Supreme Court has found to be within the broad scope of what Congress wrote into federal Title VII law.

The Court found that employers who fire employees “merely for being gay or transgender” are in violation of Title VII of the 1964 Civil Rights Act. The ruling was based on two cases involving gay men who were fired shortly after their employers learned that they were gay and one case of a transgender woman who was fired shortly after “she informed her employer that she planned to ‘live and work full-time as a woman.’”

“Fenway Health applauds this decision as a critically important affirmation that all people – regardless of their sexual orientation or gender identity – are entitled to protection from employment discrimination. The ruling will have a far-reaching and positive impact on the lives of LGBTQIA+ people, especially Black, Latinx, and other LGBTQIA+ people of color who are disproportionately impacted by employment discrimination. Moreover, that the Court referred to Aimee Stephens, a transgender woman fired from her job at a funeral home, as ‘she’ throughout the text of the ruling was itself an affirmation of the dignity and humanity of transgender people, and a powerful show of respect by the Court to all people who are transgender.

“We are deeply grateful to the plaintiffs in these cases, as well as the legal scholars, legislative leaders, and advocates for equality and fairness whose work over the course of decades laid the foundation for today’s ruling. This work is of vital importance to the health and well-being of LGBTQIA+ people.”

“[This] historic ruling affirms critical legal protections for LGBTQ people across the country. The Supreme Court has settled the question of whether federal employment nondiscrimination law protects transgender, lesbian, gay, and bisexual people. The answer is a definitive ‘yes.’”

It also means that if you are transgender, you cannot be discriminated against any longer as it pertains to employment protections, read the statement by GLAD.

GLAD’s statement also added that “The fight for LGBTQ justice is inseparable from the fight for racial justice. As we celebrate this decision, we must keep working with Congress, state and local officials, and all institutions and all people in this nation to ensure discrimination is off-limits in every arena. We must strive to ensure that the words of our statutes have meaning and real-world impacts for all Americans.”

While the ruling provides desperately needed federal protections for LGBTQ people, most states still sanction discrimination in public accommodations—including stores, restaurants, gyms, and hotels—based on real or perceived sexual orientation or gender identity, which mean that many state laws will still leave too many LGBTQ people unprotected. Everyday life circumstances, including access to public places like stores or public transportation, or in “federally-funded vital social services, may still be able to discriminate.”

The ruling and win also comes in the middle of the Black Lives Matter movement, now at its peak due to acts of police abuse and brutality and systemic racism and racist violence that is taking the lives of Black Americans and places all people of color at peril, including those who are LGBTQ+ PoC. LGBTQ+ PoC share many intersectional bonds that are also extremely tied to racial justice and many other factors that add to the discrimination of this specific community.

Earlier this month, on Pulse Orlando’s 4th Anniversary—that left 49 people dead, one of the worse mass shooting murders in U.S. history—Trump rolled back LGBTQ+ healthcare protections, a move condemned by many.

GLAD exhorted people to continue to “work with Congress, state and local officials, and all institutions and all people in this nation to ensure discrimination is off-limits in every arena. We must strive to ensure that the words of our statutes have meaning and real-world impacts for all Americans.”

[From A Compilation of Releases & Reporter’s Adds]