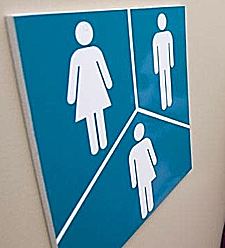 The United Nations Development Program has called for international action to secure rights and equality for transgender people. In a new paper titled “Transgender Health and Human Rights,” the UNDP writes: “All human beings are born free and equal in dignity and rights. Trans people have these same human rights.”

The report includes a series of recommended action steps that United Nations staff and others can take to be more inclusive of transgender people, both in daily interactions and in their broader work, particularly in the areas of health, HIV, the rule of law, and development. It states that the UNDP and other organizations have the responsibility to support transgender people’s active and meaningful participation in decisions that affect their lives and their communities.

In 2012, men who have sex with men (MSM) accounted for three-quarters (75%) of all primary and secondary syphilis cases in the U.S., according to newly released CDC data on sexually transmitted diseases (STDs). Primary and secondary syphilis are the most infectious stages of the disease. If these are not treated adequately, they can lead to a range of serious health consequences, including visual impairment and stroke. In addition, syphilis infection increases a person’s risk of being infected with or transmitting HIV. According to CDC, surveillance data from several major cities across the U.S. indicated that an average of four in 10 MSM with syphilis are also infected with HIV.

In its STD fact sheet, CDC describes a range of factors that contribute to the rapid rise in syphilis cases among MSM during the past decade: “Although a number of individual risk behaviors (such as higher numbers of lifetime sex partners or unprotected sex) contribute to disparities in the sexual health of MSM, other social and cultural factors may also play a role. For example, MSM with lower economic status may have limited access to health care and therefore may be particularly vulnerable to poorer health outcomes compared to other men. Complex issues like homophobia and stigma can also make it difficult for gay and bisexual men to seek appropriate care and treatment.”

The National Coalition of Anti-Violence Programs (NCAVP) received 2,679 reports of intimate partner violence (IPV) affecting persons identifying as lesbian, gay, bisexual, transgender, or queer (LGBTQ) during 2012. These data were published in the 123-page report Lesbian, Gay, Bisexual, Transgender, Queer, and HIV-Affected Intimate Partner Violence in 2012, and were provided by nine NCAVP-affiliated programs across 20 states. The total number of reported LGBTQ incidents of IPV in 2012 is about 32% lower than in the previous year. However, the NCAVP believes that the reduction in IPV reports does not reflect an actual reduction in the incidence of IPV, but is instead the result of a weakened capacity of several major affiliated agencies serving LGBTQ clients. The report notes that there were 21 reported IPV-related homicides in 2013 – higher than in any previous year.

In the LGBTQ community, youth, persons of color, gay men, and transgender persons were more likely to suffer injuries, require medical attention, experience harassment, or face anti-LGBTQ bias as a result of IPV. HIV-related IPV accounted for about 2% of all reported cases in both 2011 and 2012. The report includes a series of 12 recommendations for policymakers, funders, researchers, and advocates to address IPV in the LGBTQ community.

Friday, February 7, is the 14th annual National Black HIV/AIDS Awareness Day (NBHAAD). As was the case in 2012 and 2013, the theme for NBHAAD this year is: “I am My Brother’s/Sister’s Keeper: FIGHT HIV/AIDS!” According to NBHAAD organizers, the purpose of the event is to educate Blacks about the basics of HIV/AIDS in their local communities; encourage Blacks to get tested for HIV infection; encourage involvement among Blacks from all walks of life in the fight against HIV/AIDS in their communities; and to get HIV-positive Blacks connected to treatment and care services.

HIV/AIDS and African Americans. Web pages with detailed statistics from the Office of Minority Health.

Diagnoses of HIV Infection in the United States and Dependent Areas, 2011. This 84-page CDC report includes detailed information about HIV and AIDS cases and deaths among Blacks/African Americans and six other racial/ethnic groups. Breakdowns are also provided by age, gender, HIV transmission category, and geographic region.

Black Americans and HIV/AIDS. This two-page fact sheet from the Kaiser Family Foundation was just updated in December. It provides detailed information on HIV/AIDS among Black Americans in the following topic areas: snapshot of the epidemic, key trends and current cases, women and young people, gay and bisexual men, HIV transmission, geographic distribution of cases, access to and use of health care, HIV testing, and opinions about HIV/AIDS.

Social Networks, Sexual Networks and HIV Risk in Men Who Have Sex with Men. By Y.A. Amirkhanian, in Current HIV/AIDS Reports.

Strategies to Manage the HIV Epidemic in Gay, Bisexual, and Other Men Who Have Sex with Men. By C. Beyrer, in Current Opinion in Infectious Diseases.

Project nGage: Network Supported HIV Care Engagement for Younger Black Men Who Have Sex with Men and Transgender Persons. By A. Bouris, D. Voisin, M. Pilloton, and others, in Journal of AIDS and Clinical Research.

Research Funded by the National Institutes of Health on the Health of Lesbian, Gay, Bisexual, and Transgender Populations. By R.W. Coulter, K.S. Kenst, D.J. Bowen, and others, in American Journal of Public Health.

Early Male Partnership Patterns, Social Support, and Sexual Risk Behavior Among Young Men Who Have Sex with Men. By S.N. Glick and M.R. Golden, in AIDS and Behavior.

Evidence for a Syndemic in Aging HIV-positive Gay, Bisexual, and Other MSM: Implications for a Holistic Approach to Prevention and Healthcare. By P.N. Halkitis, S.A. Kupprat, M.B. Hampton, and others, in Natural Resource Modeling. Free full text also available.

Youth, Violence and Non-Injection Drug Use: Nexus of Vulnerabilities Among Lesbian and Bisexual Sex Workers. By T. Lyons, T. Kerr, P. Duff, and others, in AIDS Care.

The Influence of Sexually Explicit Online Media on Sex: Do Men Who Have Sex with Men Believe They Do What They See? By K.M. Nelson, E. Leickly, J.P. Yang, and others, in AIDS Care.

Sexual Risk Trajectories Among MSM in the United States: Implications for Pre-Exposure Prophylaxis Delivery. By H.A. Pines, P.M. Gorbach, R.E. Weiss, and others, in Journal of Acquired Immune Deficiency Syndromes.

Tal Como Somos/Just As We Are: An Educational Film to Reduce Stigma Toward Gay and Bisexual Men, Transgender Individuals, and Persons Living With HIV/AIDS. By J. Ramirez-Valles, L.M. Kuhns, and D. Manjarrez, in Journal of Health Communications.

Structural Bridging Network Position is Associated with HIV Status in a Younger Black Men Who Have Sex with Men Epidemic. By N.S. Shah, J. Iveniuk, S.Q. Muth, and others, in AIDS and Behavior.

A Social-Ecological Perspective on Power and HIV/AIDS with a Sample of Men Who Have Sex with Men of Colour. By J.Y. Tan, F. Pratto, J. Paul, and K.H. Choi, in Culture, Health, and Sexuality.