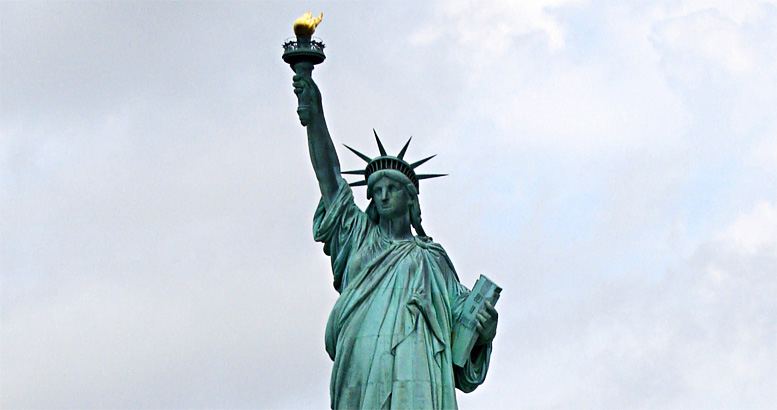 Immigration and our own ancestry

Most of us have heard family folklore about our ancestors, our ethnicity and race, the origins of our family history and how they eventually migrated to the U.S. or Canada. For me, I identified with my “French-Canadian” roots most.

I grew up on the Canadian border, and crossing into the country was an easy process, since my hometown literally had a prominent bridge connecting the two nations. Then, I didn’t realize how fortunate I was to be able to absorb two cultures at the same time. To this day, I still feel at home in Canada.

The thought of my French ancestors trekking from France to Canada was a beautiful story and one that I held onto dearly. My great-grandmother spoke French when she was a girl and eventually settled in NY, where I was born. Like many others, I traced my family origins back several generations and found piles of documentation substantiating my family history, and the stories passed down from generation to generation. I also knew I had some Irish in me, though I was never convinced it was the majority—my siblings and I often debated how much Irish versus French was actually in our lineage. We all thought we were right, until we weren’t.

Recently, I took a DNA test to trace my origins. I was curious and was eager to find out exactly where I had come from with certainty. What ethnic background was it that gave me my particular features? Was there something in my DNA that made my temperament the way it was or that influenced my likes and dislikes?

When the results came in, my heart nervously pounded waiting to see just what they would reveal about me. As matter of fact, I couldn’t look at them and made my spouse peak first. What I anticipated was far from what was revealed, and I was astonished.

It revealed that my actual heritage was only minutely French (1%) and Irish (4%). As a matter of fact, I am mostly British, followed by the next highest percentages, Italian and Spanish. Rewind—British, Italian and Spanish. Wait, what?! Though I was pleasantly surprised by the results, I couldn’t help but realize how my life of privilege has been solely based on optics. I look the part—the part that allows me to escape free from racial and ethnic discrimination. Yet, the reality is, I am not what I always thought I was and what people deem me to be. It is undeniable now that I am part Hispanic, even if it is a smaller percentage than my British and Italian roots.

When my ancestors migrated from Great Britain to Quebec, Canada, I learned that they mostly absorbed the French language and culture because they were seen as outcasts, otherwise. Then, my own family folklore started making sense, including why my great grandmother spoke French fluently, even though the migration to “New France” took place long before her time. The dots began connecting themselves.

The more I read and researched, the more I learned about migration patterns and why people leave their motherland. Like Dorothy always said, “There is no place like home.” And, there isn’t.

Most no one willingly leaves their home, their country, their culture, language, friends and family, unless there are dire situations. These situations are often based on life and death circumstances that prompt migrants to seek a better life. Often times, that better life is found in the United States and, at times, the United States can be a living hell. I suppose that depends on whom you ask.

It should come as no surprise to anyone that the immigrant community is under attack and siege by the current presidential administration. Children have been ripped away from their parents and those who have sought refuge in the United States have been arrested at the border when they’ve come openly seeking assistance.

According to a recent report published in the New York Times (NYT), more than 2,300 immigrant children are have been taken away from their migrant worker parents by U.S. officials. This is unprecedented. NY Mayor Bill de Blasio was not even briefed that at the time, when hundreds of separated children were living secretively in agency housing within his own city. The federal government intentionally kept him in the dark.

In Massachusetts, many, especially those in the House and Governor’s office, have become complacent in protecting immigrants.

“In May, the state Senate included four basic protections in its version of the FY2019 budget, to stop law enforcement from being co-opted by ICE and protect civil rights and due process,” wrote to the Safe Communities Coalition, a coalition committed to defending Massachusetts civil rights values & protecting Muslims and immigrants against discrimination (https://is.gd/viJnsB). “But the House has done nothing, and Governor Baker has threatened to veto the protections if they’re a part of the final state budget.”

The coalition urges residents to contact their state Rep., but to especially reach out to Gov. Baker to insist on immigrant protections.

“If you can’t call, e-mail or post on social media and tag them. Time is short, so do it now!” they wrote.

According to the Massachusetts Immigrant and Refugee Advocacy Coalition (MIRA), one in six Massachusetts residents is an immigrant.

“Yet, under the Trump administration, our immigrant friends, neighbors and coworkers are being demonized and targeted for mass deportation,” MIRA’s website read. “The federal government wants state and local law enforcement to serve as ‘force multipliers’ for its crackdown on immigrants. The Safe Communities Act would stop that from happening in our state.”

According to MIRA, “The Safe Communities Act protects the civil rights, safety and well-being of all residents by drawing a clear line between immigration enforcement and public safety (https://is.gd/Pq65st). … It ensures that our tax dollars are not used to help the Trump administration deport immigrant families or create a Muslim registry.”

LGBTQ immigrants, amongst others, come to this country in an attempt to survive situations otherwise impossible to overcome. Dire situations often riddled by extreme poverty, violence, a lack of resources to exist or persecution for who they are or who they love are often found at the forefront. Turning our backs on immigrants, immigrants like my own family, and immigrant families like yours, is a crime—a crime against humanity.

The direction that this country is heading in is terrifying as the once proud democracy feels more like a tyranny. But, it doesn’t have to be that way in Massachusetts. We have a unique opportunity to create effective change and protect immigrant families, residents, and valued contributors to our commonwealth. We are called to a greater task of upholding the rights of the most marginalized among us. If Massachusetts doesn’t do it, what does that say about us? Will we still be considered the civil rights advocates and defenders of the country or will we succumb to the status quo, while placing thousands of lives in jeopardy?

I am grateful for my ancestors’ courage and tenacity to give subsequent generations a better life. I have a better life and am able to contribute to the betterment of this country because of them. When my family immigrated from Britain, Italy, Spain, Canada and so on, there were no waiting lists or lines lasting nearly a decade to enter the U.S. like there are now. There was no red tape. We should be a welcoming nation, just like Lady Liberty promised us. I wouldn’t be here otherwise, and neither would you unless of course, you are indigenous to this land. Most of us are not.

*Nicole Lashomb is Editor-in-Chief of The Rainbow Times. She earned her MBA from Marylhurst University and her BM from the Crane School of Music/SUNY Potsdam. Nicole can be reached at editor@therainbowtimesmass.com.