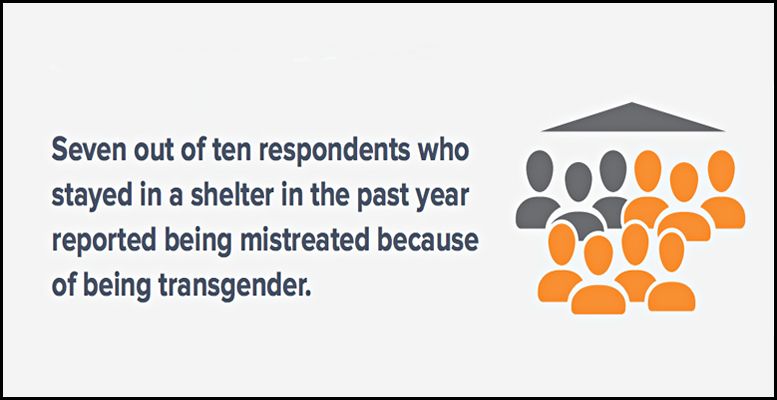 People who are transgender are much more likely to be sexually assaulted than other members of the general public. A 2015 survey of approximately 28,000 transgender people found that nearly half of all respondents (47%) reported that they had been sexually assaulted during their lifetime. The reasons for this are myriad and complex, but one contributing factor is that transgender people have few legal protections, which makes them more vulnerable overall to discrimination and assault.

The decision in February by the Trump administration to reverse Obama-era guidance on protections for transgender students holds the potential to do great harm. The move leaves vulnerable transgender youth across the country at the mercy of individual school districts for a range of civil rights protections related to bullying, harassment, and access to restrooms and locker rooms that align with their gender identity and expression. It also scuttled a promising lawsuit on trans equality that was headed to the Supreme Court (promising in part because Gorsuch wouldn’t have been on the bench for the March 28 oral arguments).

In the following interview, Gina Scaramella, the executive director of Boston Area Rape Crisis Center (BARCC), breaks down the impact of rescinding the federal guidance for transgender students in Massachusetts and beyond, and how it relates to BARCC’s work supporting all survivors of sexual violence.

Q: Can you give a little background on the new policy affecting transgender students?

A: Back in February, the federal Departments of Education and Justice notified the U.S. Supreme Court that they are ordering public schools to disregard guidance issued by the Obama administration to treat students in public schools in accordance with their gender identity. The Obama administration guidance was issued in response to multiple anti-transgender laws targeting transgender students’ use of locker rooms and bathrooms that match their gender identity. It was also responding to lawsuits by transgender students seeking access to school facilities that match their gender identity. The letter issued by the Departments of Education and Justice noted that the federal government must defer to the “primary role of the States and local school districts in establishing educational policy.”

Q: How does this relate to or affect BARCC’s work to end sexual violence?

A: It makes our work harder. More people will be emboldened to discriminate and dehumanize. These are two powerful roots of sexual violence perpetration. We have already seen increased hate-motivated threats and violence across the country, and the Massachusetts attorney general is tracking these incidents in our state. Children who grow up feeling like they do not belong and are unprotected are more likely to be victimized. This is evident in current data showing 47 percent of transgender individuals have experienced sexual assault, and 12 percent of transgender youth report being sexually assaulted in school settings. We expect this to persist or increase without these protections in place.

Q: How does Title IX fit into all this?

A: In 2016, the Obama administration issued guidance to schools that fall under Title IX. The guidance specifically stated that discrimination based on a student’s transgender status is a prohibited form of discrimination under Title IX. It stated that schools must treat a student consistent with the student’s gender identity. The current administration is now telling educational institutions that they are not required to comply with that guidance.

Title IX is a federal civil rights law—which isn’t changed by the administration’s current actions. It continues to state that educational institutions cannot discriminate on the basis of sex. A given administration’s guidance on the law is its interpretation of what a school must do in order to comply with the federal law. While these kinds of administrative actions are important and they set the tone, they are not law.

One more thing: saying that civil rights should be left to the states to regulate (and that transgender students aren’t subject to the protections that Title IX outlines) does not make it so. Civil rights are enforceable and protect everyone in all states. And state laws that violate federal civil rights laws will not be upheld. However, this is little solace for teens facing discrimination at school.

Q: What are BARCC’s biggest concerns about the revised guidance on transgender students’ access to school facilities?

A: BARCC is deeply concerned about the false claims that anti-transgender laws and policies regarding access to sex-segregated facilities reduce sexual violence. Transgender students are far more likely to be targets of sexual violence in public school bathrooms and locker rooms. In Massachusetts, 5.5 percent of students (and 7.6 percent of students in Boston) report being physically forced to have sex, according to the Youth Risk Behavior Surveillance System, and many LGBTQ students report experiencing harassment and assault at Massachusetts schools. By scapegoating transgender students, this administration is ignoring proven prevention approaches and is actually making schools less safe for all students.

Q: What are BARCC’s plans moving forward in the face of such policy changes?

A: BARCC will speak out when the threat and fear of sexual violence is misused to justify discrimination. We will continue to support transgender survivors as well as encourage their healing and leadership in influencing change. We will educate the communities we serve about the realities of who commits sexual violence and how we can effectively work to prevent it from occurring in the first place. We will support legislation that increases civil rights and helps us with our mission to end sexual violence through healing and social change.

Q: Is there anything else you’d like people to know?

A: There are two things we want you to know. The first is that Massachusetts has two important laws that protect transgender people. Since 2012, state law prohibits discrimination against transgender students in public schools. Students must be granted access to facilities that match the gender they live. And, since October 2016, state law also requires that places of public accommodations permit access consistent with a person’s gender identity. These laws are not affected by the federal administration’s actions.

Second, you can make a difference. Every single one of us can speak out in support of civil rights and protections for all students, share this information, and support the transgender community. For members of the transgender community, know that you are not alone, that we will advocate with and for you, and that BARCC is a resource for you. For everyone, please know and spread the word that BARCC services are here for everyone who is affected by sexual violence and that our services include community education. You can participate in one of our bystander intervention trainings (or host one for your group) so you can be informed and ready to help your family and community.