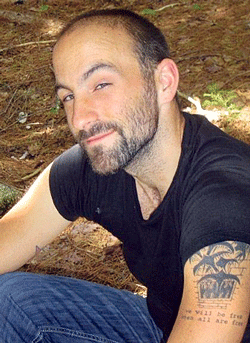 Five hundred and four days passed between the shooting death of 17-year-old Trayvon Martin and the ‘not guilty’ verdict of George Zimmerman, the man who openly admits to killing the unarmed Black teenage boy. The verdict resulted in thousands of people around the country responding with protests, vigils, community meetings, and a commitment to action.

My Facebook news feed and email inbox have both been filled with links to articles written by those seeking a deeper conversation about what justice would look like in this case. While the NAACP has called for a civil prosecution of George Zimmerman by the Department of Justice, others question why we would turn to the same court system that perpetuates the criminalization of people of color and the innocence of white people (and those perceived as white). I have also asked myself if justice would have been created if George Zimmerman was convicted and sent to prison. Would George Zimmerman’s incarceration change our cultural assumption of the inevitability of Black death and the sanctity of white life? Would a guilty verdict have proved that our criminal punishment system is somehow working and serving the people? As someone who is in court often, providing support to LGBTQ people navigating the system, I have never seen any inkling of justice coming from the halls of the courtroom. I simply see suffering, exploitation, punishment, and false claims of helping “victims.”

Mia McKenzie, contributor to the blog Black Girl Dangerous, wrote on July 16, “Are we mad enough yet? Because here’s the thing: the system didn’t fail. The system did precisely what it was designed to do. This is the way it has always worked. The way it worked for Emmett Till 60 years ago, for Rekia Boyd 16 months ago, and for the countless unarmed black and brown people killed by white supremacy before, in between, and after them.” Many people have responded to the murder of Trayvon Martin and the acquittal of George Zimmerman by making signs and posting images claiming “I am Trayvon Martin.” It is a tactic that has gotten quite out of control. For myself, as a white 30-year-old man, I am very clearly not Trayvon Martin. I will not be followed by a “neighborhood watch” member if I am walking around my neighborhood. I will not be declared suspicious, dangerous or criminal just because of my physical appearance. I am not part of the statistic that a Black person is killed every 28 hours by a cop, security guard or vigilante. As a person with white privilege, I am able to align with those who are targets of this system of white supremacy without needing to over identify with anyone’s suffering. Victoria Law wrote for Bitch magazine, “Let’s be real—Trayvon Martin was profiled and targeted because he was black. For me (and many others) to chant ‘I am Trayvon Martin’ erases the very real history of racism and racial profiling against black people.”

As LGBTQ people we have the responsibility to expand our analysis of who is suffering at the hands of police, guards, neighborhood watchers, and the criminal punishment system. Transgender women of color continue to be stopped and racially profiled. Queer homeless youth are harassed on the street day after day. Once forced into the system, LGBTQ people experience harm from police, courts, and at the hands of prison guards. I am glad to see that 35 LGBT organizations released a statement, An Open Letter: Trayvon Martin Deserves Justice, in which they state, “We will honor Trayvon Martin by strengthening our commitment to end bias, hatred, profiling and violence across our communities.” The letter, unfortunately, does not use the term racism and certainly does not go far enough, but I am glad that these 35 LGBT organizations made some kind of a recognition that the struggle towards justice for Trayvon Martin is connected to queer movements. [pullquote]“I don’t watch my neighbors, I see them. We make our community safer together.” —Micah Bazant[/pullquote]

What can you, readers of The Rainbow Times, do? First, have conversations! Talk openly and honestly about race and its impact on our very much NOT post-racial culture. Second, shut down any neighborhood watch groups in your community and work to eliminate all funding for similar organizations. Micah Bazant created a great poster with the slogan, “I don’t watch my neighbors, I see them. We make our community safer together.” Post messages like this in your neighborhood. Third, give money and volunteer time to organizations run by youth of color. We need to continue listening to the leadership of young people targeted by the systems of injustice we intend to fight. Build relationships, listen and take action. Justice for Trayvon Martin will come when we transform our culture and celebrate the lives of youth of color, filling their hearts with a knowing that they are loved and essential parts of our world. For those of us who are white, we need to act in solidarity and follow others’ leadership. Be attentive, be sensitive, break out of your comfort zone, and be ready for things to change.

4 Comments on "Justice for Trayvon Martin Comes Out of Community, Not Courtrooms"