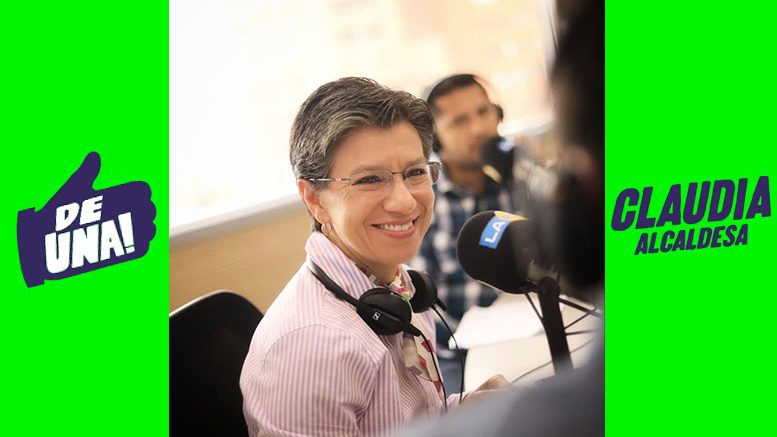 Washington, DC—Yesterday, Claudia Lopez made history in becoming the first openly LGBTQ mayor of a major Latin American capital city when she won her election in Bogotá, Colombia.

Lopez beat her opponent Carlos Fernando Galán—winning 35.2 percent of the vote compared to his 32.5 percent. Lopez is also the first woman elected mayor of the city.

“A lavender ceiling was shattered in Colombia Sunday night and its effects will reverberate around Latin America,” said Elliot Imse, Senior Director of Communications at LGBTQ Victory Institute. “More than seven million Bogota residents will now have an openly lesbian woman leading their city and her victory will undoubtedly inspire more LGBTQ people to run for office.

“In the United States, we dubbed 2019 the Year of the Lesbian Mayor because of the unprecedented number of lesbian mayors elected to big cities. Claudia’s victory makes clear this trend extends well beyond the United States, and our international program will continue to work with LGBTQ leaders in Colombia and across Latin America to help LGBTQ people run and win.”

“We won and we made history,” she said to the crowd chanting “alcaldesa, alcaldesa!”

Earlier this year, Victory Institute convened more than 300 LGBTQ elected officials and leaders from Latin America and the Caribbean in Bogotá for the 4th Conference of LGBTI Political Leaders of the Americas, held in partnership with Caribe Afirmativo. It was the largest gathering of LGBTQ Latin American and Caribbean elected officials in history and focused on increasing the number of LGBTQ elected officials in the region. Victory Institute’s international program has continued programming in Colombia, the Dominican Republic, Honduras, India, Peru, and South Africa.

[From a News Release and excerpts of the Mayor’s acceptance speech to the voters.]