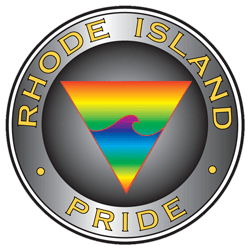 Pride is coming up, and while that is already cause for celebration, Pride R.I. is bringing culture and history to the party with Gallery Q (stands for Queer). Since 2008, Gallery Q has run in conjunction with pride as a space for LGBTQ artists to show their work during the month of June. There will be a grand gallery opening at the beginning of the month on the first floor of 480 Harris Ave. in Providence. The building is home to the Truth Box Architects, and will be familiar to residents as the building made up of multicolored storage containers that can be seen from the highway. While details are still being squared away, this year attendees can look forward to events around LGBTQ history and culture.

The Rainbow Times spoke with Laura Sebastian and Kate Monteiro, who work together on the event, along with Laura’s partner Tibo. “They handle the art aspects of it, and I’m more about the history,” Monteiro explained.

R.I. Pride had an art show at Pride for many years, but as Sebastian explained, “I was Ms. Gay R.I. in 2008, and I’ve been a lifelong artist, and so I started doing Gallery Q in 2008. Pride has always had an art show, but I wanted it to be more culture and history. They hadn’t done a gallery for a few years when I started, and I’ve been doing it ever since. I wanted to keep the spirit alive, and I think there’s not enough queer art around in general.” Monteiro added that the event “had been a one-week installation and it was spread into a space beyond the art show and some cultural activities as well as LGBT national and local history. It’s like Brigadoon: it always comes back, but it only exists for a short amount of time, and in a different physical location.”

Past events have had a wonderful turnout

“Michael Brodsky came down last year and did an evening about LGBT history,” Monteiro said. There was also an exhibit of R.I. LGBT history from 1640s to present, readings from local writers and poets, GLAD representatives from Boston to talk about rights and what next steps are in R.I., a night devoted to LGBT-equality political candidates, a comedy night and one night specifically devoted to the transgender community, which, Monteiro said, will be back this year, though the specifics are still in the works. The idea of the pop-up history gallery has even spread, she said. “Now there’s a national group doing pop-up queer history installations, but we had the idea first!” This year, there are also plans for an LGBTQ historical-documentary screening and an open mic.

Gallery Q is seeking submissions until May 22, and will highlight 20 to 25 artists for the juried show. Sebastian said that they look for “all types of media. There’s usually a good amount of photography. Painting, sculpture, multi-media work, everything. We ask that they stick with Pride-themed, but it’s not strict. It’s about being able to showcase the work of LGBTQ artists, so whatever your specialty is, it’s all welcome. It is juried, but there’s about four or five of us that pick the pieces. We look for quality work, obviously, but uniqueness and originality count.”

When asked how the gallery is able to operate, Sebastian explained that they “get funding the same way Pride does. We do a Kickstarter, which helps, and fundraisers throughout the year. Events are pay what you can, and we get a portion of sales from the art.” The funds are enough to keep the gallery coming back year after year. “It’s really about raising awareness,” Sebastian explained, “and about educating people and all that good stuff. People think that Pride is just a big party, which is great, I love a good party, but there’s a lot more to the history. People forget about Stonewall, and why Pride is always held in June. We did a Stonewall event one year and we like to tell people about what Pride does all year long.“

Artists who are looking to submit their work and anyone looking to attend events can go to
ripride.com for applications and more information.

Love To All Project Zones In On LGBTQ+ Youth, Philanthropy, More

Walker Is Not Slowing Down