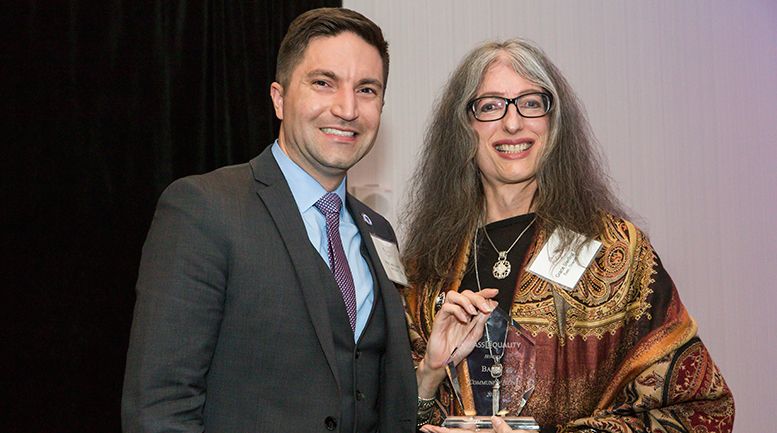 Senate President Stan Rosenberg, pioneering LGBTQ youth organization BAGLY, and the LOCS Collective were recognized by MassEquality for their contributions to the LGBTQ community.

BOSTON, Mass.—MassEquality’s Beacons of Light Dinner and Icon Awards Ceremony took place on Thursday, March 23 at the Courtyard Downtown in Boston, MA. The evening honored the 2017 Icon Award winners, who were chosen for their exceptional leadership, voice, advocacy and commitment to bettering the lives of the LGBTQ community.

The LOCS (Lesbians of Color Symposium) Collective, a non-profit community organization founded in 2012, dedicated to the service and support of LBTQ-identified women of color and allies, won the Special Recognition Award.

“We congratulate and thank our Icon Award winners for their pioneering work on behalf of the LGBTQ community,” said MassEquality’s Executive Director, Deborah Shields, JD, MPH. “They have been beacons of light during dark times, and fought for us and alongside us throughout many battles for our rights. Our community is stronger because of their efforts.”