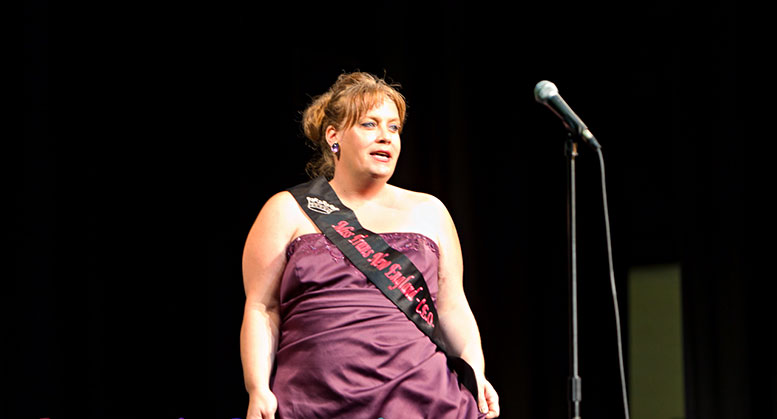 Miss Trans America’s killer gets life with possible parole in 25 years; Friends reacts to the sentencing

NORTH ADAMS, Mass.—Many members of the LGBTQ community throughout New England knew of Christa Leigh Steele-Knudslein. Others knew her as her former married name Christa Hilfers. Yet, many more recognized her because of her dedication to giving a platform to the trans community in the region through the Miss Trans New England and Miss Trans America pageants and as a founding member of New England Trans Pride.

In 2018, Christa died at the hands of her husband. Two years later, he has been sentenced to life in prison with possible parole after 25 years served, according to multiple news reports.

“I send my heartfelt condolences to those who loved Christa dearly and the entire transgender community who looked up to her as a leader,” said Berkshire District Attorney Andrea Harrington to MassLive as she thanked the Adams and North Adams police and state police detectives for their work in investigating the case.

An opponent of mass incarceration, Lorelei Erisis, a trans activist and the first crowned winner of the Miss Trans New England Pageant, shared how this sentencing has affected her personally, making her “sick-to-the-core.”

“I truly believe our system of mass incarceration is not just broken, but actively abusive and damaging to those many who get caught up in it,” said Erisis. “And further, I strongly believe the whole system needs radical reformation. And yet, I’m glad this vile murderer is there. A part of me hopes he suffers. And being glad about that makes me sick. Wanting another human being to suffer, even one who has committed such a violently heinous act goes directly against everything I believe, everything that makes me, me.”

According to press releases issued by the Berkshire County District Attorney’s (DA) Office, Christa, 42, died of multiple blows to the head and a stab wound to the torso. Information made available on the DA’s website states that she was found at her Veazie Street home in North Adams, Massachusetts on the evening of Friday, January 5 and her husband, Mark S. Steele-Knudslien, then 47, was arrested for murder after his admission to police, reported The Rainbow Times. He was held without bail at the Berkshire County House of Correction.

“[Steele-Knudslien] had turned himself in shortly after Christa Leigh’s death,” LGBTQ Nation wrote. “Walking into the Adams police and admitting he ‘did something bad.’ He claimed in his initial, 29-minute interview with them that after being ‘belittled’ by Christa Leigh, he had ‘snapped,’ hit her ‘numerous times’ with a hammer, and then stabbed her in the back. He then wrapped her body in a tarp, left her in their basement, showered, and went to buy alcohol.”

Although initially pleading not guilty at an arraignment hearing on January 8, 2018, he eventually changed his plea to guilty, according to LGBTQ Nation.

“When we think about this crime [and] what the killer said to the authorities (he admitted he killed her and struck her head with numerous blows from a hammer—and that he just ‘snapped’) this is the typical pattern of how trans women are murdered,” said Ben Power Alwin, Curator of the Sexual Minorities Archives and Executive Director of the Sexual Minorities Educational Foundation, Inc. “Their perpetrators completely destroy trans bodies—in this case, the murderer crushed Christa’s skull and lodged a knife into her heart. There certainly was hatred of trans women and their bodies that added to the manner in which the killing happened. ‘Just snapping’ is very close to arguing ‘trans panic,’ which has no place in civil society.”

“It was clearly awful that Christa was murdered,” she said. “It was especially awful how she was murdered. Just—so brutal. And this awfulness just expands out in concentric circles of awfulness. The pervasive societal transphobia that would drive a man who was prepared to marry a very-out trans woman, to eventually murder that same trans woman in such a brutal fashion is awful itself. That’s not to take responsibility for the act out of his bloody hands but rather to lay part of that responsibility at the feet of our society itself.” 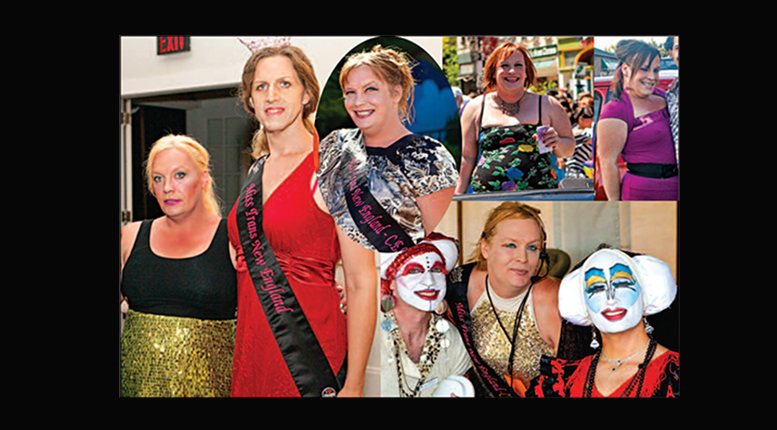 Christa Leigh Steele-Knudslien, formerly Christa Hilfers, was the first reported trans woman murdered in 2018. Christa was well known in Western Mass. and the surrounding areas for her work on behalf of trans women. Above, Christa posed for The Rainbow Times from 2011-2014. Some events were from her own Miss Trans
New England Pageant, while others were taken at events she attended throughout the years
Photos: Lorelei Erisis, Glenn Koetzner / All TRT Archives

Although the sentencing draws some sense of closure to Christa’s death, it is a double-edged sword.

“I have mixed feelings about it,” said Power Alwin. “I am glad that other abusers and potential murderers of trans women will think twice before striking and, in that regard, the 25-year sentence may serve as a deterrent. Justice has been done in Christa’s name.

“On the other hand, Christa’s killer clearly committed first-degree murder with horrendous cruelty. The idea that he could be free on parole in 23 years (given that he has already been in prison for two years) is hurtful to Christa’s family and friends. He took Christa’s life. Why should he look forward to freedom for himself in the future?”

Others remember the legacy Christa left behind.

“I owe her a debt of gratitude,” said Trystan Marl Greist of Greenfield, to The Rainbow Times in 2018.

Marl Greist said he met Christa the day he had summoned the courage to “come out” as trans and marched in the Northampton Pride Parade in 2009. He said that as soon as he started talking to her, she was “immediately supportive” of him and invited him to be a judge at the first Miss Trans New England Pageant that year.

“Christa was a determined visionary,” he continued. “[She] … always persevered and made it all happen anyway. She was magical that way. Without Christa, there wouldn’t have been much of a Pioneer Valley trans community … The trans pageants were really key efforts that brought us all together.”

And in that same spirit of togetherness, brings despair.

“There are so many lives affected by this,” Erisis said. “Christa, first and most importantly, whose life was lost. But also her murderer, whose life is now a waste, sentenced to rot in prison—any contribution he may have made to the world, squandered in a violent act of hate and fear. And of course, it is awful for all of us who knew Christa and whose lives were affected by her influence and presence—who have had to deal with the aftermath and the loss. And, even the renewed sense of fear that this stirs up for many trans women … the complexity of emotions swirling around have been particularly awful, for me at least.”

Power Alwin questions the methodology used in the case to expedite a conviction.

“Even if he [the killer] plead ‘not guilty’ in court, there was enough DNA evidence and his own statements to the police to convict him on first-degree murder,” he said. “The plea bargain makes me wonder if the state just wanted to avoid the time and cost of a lengthy trial. Was the plea bargain a cost-cutting measure by the prosecutor and defense; in which case, that is highly offensive.”

Although Power Alwin said that he does see this sentencing helping the community to the degree it does, only time will prove its lasting impact.

“I think it does help, for now. However, in 23 years (or before, should the killer become eligible for parole for ‘good behavior’ in prison or through new efforts by his lawyer), the old wound will be opened anew in another generation of trans people, particularly if he is released into the community then.”

As for Erisis, self-reflection, grief and the memory of Christa takes center stage, not her murderer.

“… None of this will bring Christa back. None of it is truly justice. At best, it’s revenge—one of our basic human impulses, that is nonetheless hard to avoid at times like these,” she said. “Mostly, it’s a tidying up of the shattered pieces of a life lost … I can’t even bring myself to name him [the killer]. Christa gets whatever immortality we can give her in the stories I, and others who knew her, have told and will tell of her life and her influence. In that, we may pay tribute and keep at least a spark of her life burning. But, her murderer? He gets nothing from me. No name. No memory. No stories. He may rot in prison. But he will die in silence.”