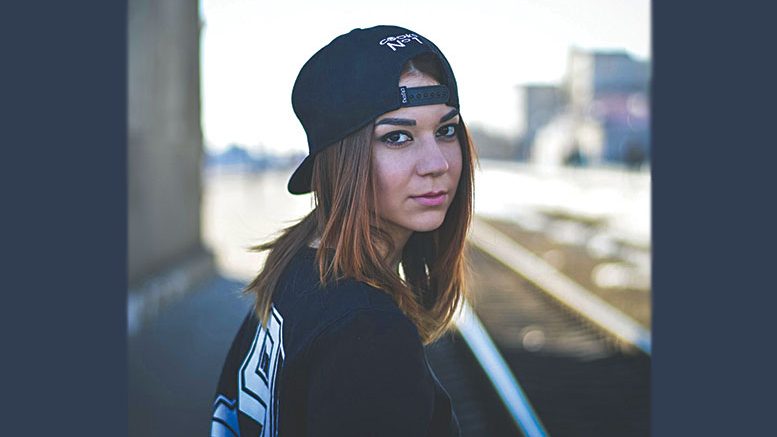 BOSTON—Nearly a dozen states have introduced bills to prevent trans youth from accessing health care and hormone blockers, a medically necessary yet reversible tool to affirm trans youth identity, according to some of the leading trans healthcare experts across the Commonwealth.

“Puberty blockers are medications that temporarily put puberty on pause,” said Dr. Jack Turban, a resident physician in psychiatry at The Massachusetts General Hospital (MGH). “This is important because once the physical changes of puberty proceed, they are difficult if not impossible to reverse down the line. Putting them on hold allows transgender adolescents a reprieve from body dysphoria and provides them more time to make a thoughtful decision about what to do next.”

Although many opponents of competent trans youth healthcare, such as State Rep. Brad Daw (R-Utah), have argued that gender-affirming health care, which includes puberty blockers, are “permanent.” The reality is, according to experts in this field, that they are not.

“It is important to note that pubertal suppression, with appropriate medical monitoring, is fully reversible,” said Dr. Alex Keuroghlian, senior author, Director of the National LGBT Health Education Center at The Fenway Institute and Director of the Massachusetts General Hospital Psychiatry Gender Identity Program. “It is a safe way to mitigate negative health outcomes that can result from undergoing puberty that does not align with a transgender youth’s gender identity.”

Upon further research, Daw learned that “puberty restarts when youths stop taking the blockers, and said he is reconsidering what kind of bill would make the most sense, the Washington Post, reported.

Bills to stop gender-affirming health care for minors have been introduced in Arkansas, Florida, Illinois, Missouri, New Hampshire, South Carolina, South Dakota, Tennessee, and Texas. Some states have gone further than others, even making it a “felony to provide puberty blockers to minors, even though puberty usually occurs when a person is under the age of 18,” LGBTQ Nation reported.

Regardless of what health experts and trans youth advocates have argued, Daw is still steadfast to introduce similar legislation in Utah. His sister, Christy Florence, who has a transgender husband and child penned an op-ed to the Salt Lake Tribune urging her brother to drop this legislation.

“Leave the decisions of medical care to the parents and medical professionals,” Florence wrote.

Trans youth that are provided puberty blockers have a significantly reduced risk of suicide and superior mental health outcomes, according to a study published in the Official Journal of American Pediatrics.

“Many transgender youth have a dramatic worsening of their mental health at the onset of puberty, as their body develops in a way that is incongruent to who they know themselves to be. Puberty blockers can relieve this distress,” said Turban from MGH.

The study, also conducted by Turban and Keuroghlian, helped to realize significant discoveries.

“Many transgender youth report that gender-affirming healthcare is life-saving in terms of their mental health,” said Turban. “Our recent study found that access to pubertal suppression for those who desire it is associated with a lower odds of ever considering suicide.”

Keuroghlian notes the dire odds revealed in it.

“We found that approximately 9 out of 10 transgender adults who wanted pubertal suppression but did not receive it reported lifetime suicidal ideation.”

According to Aleah Nesteby, MSN, FNP a provider at Cooley Dickinson’s Oxbow Primary Care, hormone blockers are not new or experimental. It is a type of medication called gonadotropin-releasing hormone (GnRH) agonists, which are used for a variety of medical conditions.

“These medications tell the pituitary gland in the brain to temporarily change the way it produces hormones,” she said. “This results in lower production of testosterone or estrogen. The hormone levels in the body will fall to pre-pubertal levels and stay there until the medication is stopped. Once the medication is stopped, testosterone or estrogen will begin to rise again and will eventually reach normal adult levels. This type of medication is also used for infertility treatments, treatment of endometriosis, and treatment of certain types of cancers. GnRH agonists are not new or experimental, and have been used in a lot of people.”

Blockers also allow trans youth to have congruence that affirms their gender identity.

“As a society, we have often conflated physical sex characteristics at birth with a person’s inner sense of their own gender,” said Keuroghlian. “For many transgender youth, pubertal suppression offers tremendous relief by ensuring they will not develop secondary sex characteristics inconsistent with their gender identity.”

According to Nesteby, hormone blockers have been used for many years and serious side effects are rare. However, hormone blockers, she said, are just one component of a gender-affirming approach for trans kids.

“Other components of a gender-affirming approach include acceptance and support from family, teachers, and community, plus letting the child tell us what they need in terms of name and pronouns to be used by them,” she said.

Legislation that attempts to limit the health care of trans youth can have catastrophic repercussions for the trans youth and families that affirm them.

“This bill [Rep. Daw’s bill] would punish these supportive families,” Florence wrote in the Tribune. “Parents would have to choose between the possibility of government prosecution or supporting the health and well-being of their transgender child.”

“Children often have a clear sense of their gender identity as young as three or four years old, however, no medical intervention occurs for younger children, and the best practice is to provide psychological and social affirmation until very early puberty,” he said. “Once a child reaches the cusp of puberty, whether they desire and access pubertal suppression or not, psychosocial gender affirmation by family and peers through adolescence and adulthood remains critical for good mental health outcomes.”

This concept is demonstrated by many trans youth.

“I always knew I was a boy,” said a Springfield, Mass. trans youth who was assigned female at birth. “It wasn’t just that I liked to play with traditionally male toys or fulfill male roles during play. I was not a ‘tomboy.’ I was and am a boy.

“At three years old, I sobbed uncontrollably nearly every day because I knew I wasn’t a girl, the trans youth continued. “I prayed to God to change me in my sleep. Every morning I ran to the mirror to see if my prayers had been answered. Once my parents saw how my gender identity was impacting me in every way, they supported me, thankfully. I’ve been on puberty blockers for 4 years and have never felt better. Once I reach ‘adulthood’ I will begin hormone therapy to help me complete my transition. If I hadn’t had their support and the support of my doctors, I can’t say I would be here today.”

Dr. Robert Goldstein, Medical Director of the Transgender Health Program at MGH stressed the importance of trans-affirming care at all ages.

“Affirming healthcare is important at all ages,” he said. “For youth, affirming medical care can lead to improvements in mental health and may decrease suicidal thoughts and attempts. Without affirming care, many youth will experience the negative impact of gender dysphoria and the social and emotional isolation that may occur.”

Contrary to Daw’s initial assertion that trans youth are going through permanent changes as a result of hormone blockers, science has proven otherwise, Goldstein explained.

“After stopping hormone blockers or when starting gender-affirming hormone therapy, youth should continue with normal growth in height and bone density,” he added.

The denial of hormone blockers or gender-affirming care results in far more catastrophic outcomes but goes even beyond medicine.

“Secondary sex characteristics that develop during the ‘wrong’ puberty can cause worsening dysphoria, and result in additional and unnecessary medical interventions,” said Dr. Mandy Coles, a pediatrician at the Child and Adolescent Transgender Center for Health (CATCH) at Boston Medical Center. “Providing access to gender-affirming care is a human right.”

“Hormone blockers block the production of hormones (estrogen and testosterone) from the ovaries or testes, acting like a ‘pause button,’ and halting any further development of secondary sex characteristics ​such as breast growth or voice changes,” she said. “By putting a pause on puberty, hormone blockers allow youth more time to explore their gender identities ​by preventing permanent physical changes that can cause significant dysphoria (distress related to the incongruence between one’s expressed or experienced gender and gender assigned at birth) and worsening mental health. One of the great things about blockers is that they are incredibly safe and fully reversible.”

For Alex*, an older trans feminine individual in her 40s, not having parents who were aware of puberty hormone blockers was devastating to her.

“I hated my body so much so that I attempted suicide in my early twenties,” she said. “The deepening of my voice, the facial and body hair, everything was incongruous with how I perceived myself to be all my life and no it wasn’t that I was gay, which is something people mistake all the time. I was and am a trans woman. I wanted the world to see me as such, not as a man, not ever, since I wasn’t ever one. Thankfully, I survived such an attempt and after lots of surgery I am now whole, but I could’ve avoided all of this if my parents had known or if I’d had the resources available to me that are available to trans youth today.”

Legislators in states seeking to ban or limit trans youth healthcare, appear to be based on bias rather than facts, according to another expert specializing in trans medicine.

“There are no dangerous or life-threatening side-effects to hormone blockers,” said Dr. Carl Streed, a physician and research lead for the Center for Transgender Medicine and Surgery at Boston Medical Center. “The long-term effects of hormone blockers are few. There is some data to suggest bone density may be lower as a result of hormone blockade; this is still being explored. Once hormone blockers are stopped, puberty can progress as normal or the youth can begin ​gender-affirming hormone therapy that is in alignment with their gender identity.”

Coles also said that hormone blockers have been given to children and adolescents for a number of years, to treat a variety of medical conditions, not only trans youth.

“Access to gender-affirming care can be lifesaving,” Goldstein said. “Forty-percent of all trans and non-binary individuals have attempted suicide at some point in their lifetime and the best way we have to decrease these rates is through affirming individuals and validating their gender identity and expression. When kids feel affirmed at home, they are more likely to report high self-esteem and are significantly less likely to attempt suicide. When trans and non-binary people feel affirmed in the medical setting, they are more likely to return for primary care.”

“… But if that is what is considered appropriate for the kid (or adult), these medications can substantially improve quality of life and mental health,” he explained.

Statistics continue to support the need for medical and social intervention to care for trans youth.

“We have a lot of data about the negative effects of not supporting trans youth. We see huge increases in depression, anxiety, [and] suicide risk,” said Nesteby from Cooley Dickinson’s Oxbow Primary Care. “We also know that trans youth are bullied in schools at high rates. Hormone blockers are one part of a gender-affirming approach that we know helps trans kids. Other components of a gender-affirming approach include acceptance and support from family, teachers, and community, plus letting the child tell us what they need in terms of name and pronouns to be used by them.”

As for Florence, she pleads for her lawmaking brother to do the right thing.

“Leave the decisions of medical care to the parents and medical professionals,” Florence wrote in the Op-Ed to the Tribune. “Trust the experts. They know what they are doing.”