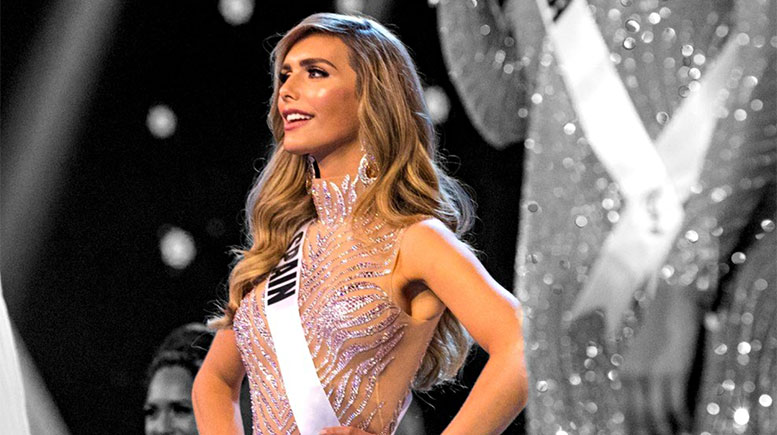 Most Miss Universe pageant contestants prepare and live their lives in a state of readiness to be crowned the “most beautiful woman in the world.” But for Angela Ponce, that wasn’t “just” the intention. The beauty queen aimed to be present and visible as the first transgender woman to compete in the historic event—a move that skyrocketed her to global stardom faster than if she had won the competition itself.

Twenty-seven-year-old Ponce, the reigning Miss Spain 2018, shared via social media just how important participating was for her and how it was to be able to give others a voice, a trans presence—to those who are discriminated most.

“What an honor and pride, to be a part of the history of Miss Universe,” Ponce said in Spanish via her Instagram page. “This is for you, for those who have no visibility, no voice, because we all deserve a world of respect, inclusion, and freedom. And today I am here, proudly representing my nation, all women and human rights.”

Ponce, who is from Pilas in southern Spain, said she has faced discrimination as a model and was not treated fairly when job hunting because of her gender identity. She said that living her life authentically, “in a society where everyone said I couldn’t do that” was hard. To “have the information to realize that my dream to be a woman could ever actually be realized,” was critical to her accomplishments, as was her family’s love and support.

“They’re my foundation so that my life could unfold,” Ponce told Today.com. “They saw to it that I did not have a traumatic childhood. They are my strength.”

Prior to this week’s pageant in Bangkok, Thailand, Ponce beat 20 other contestants in June to be crowned Miss Universe Spain. In the final competition, however, she did not make it to the final round. Catriona Gray, a 24-year-old model from the Philippines, came in first place, with Miss South Africa and Miss Venezuela coming in second and third, respectively, according to a news report.

The pageant contest’s ban against transgender contestants (under Donald Trump’s ownership) was officially lifted in 2012. Miss Spain is the first contestant to compete since the lift.

History, however, was not just made by Ponce this week. The competition did away with male judges, featuring an all-female panel for the first time ever.