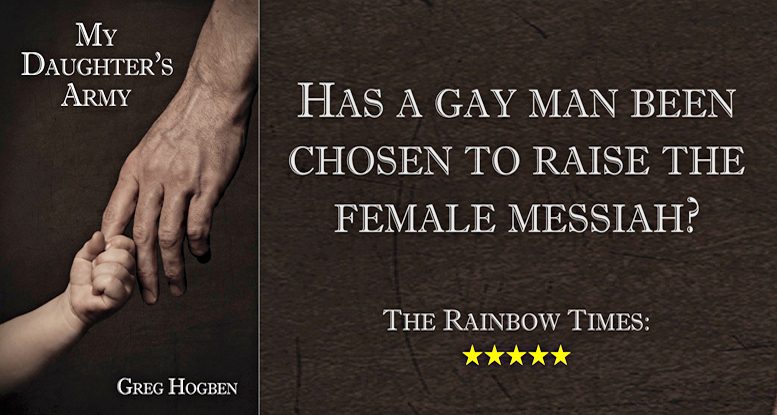 Greg Hogben and his masterful piece "My Daughter's Army".

The feminist author on gender equality, his love for Malala Yousafzai and Emma Watson

The story and the man go hand-in-hand, as depicted on the cover of Greg Hogben’s most recent book, “My Daughter’s Army.” The British author, who holds a commanding Twitter presence, is as effective in this book, as he is when he carries the message of equality for women and LGBTs via social media. Masterfully, via “My Daughter’s Army,” Hogben presents one of the most indisputable issues worldwide, obfuscated by the media and a seemingly heartless society. Through Sera’s experience, Hogben portrays the ultimate form of genocide being ignored—feminicide—and does it while still exalting enlightened men as well.

“My Daughter’s Army,” places us into a world where a gifted young woman, Adam’s daughter Sera, grows to ultimately create an army to fight the feminicide that occurs in the world she sees. The book’s effectiveness is not only reflected in the way that Sera tells the stories of thousands of women, but in how her own life intertwines with them, her father’s and the reader. Are Sera’s experiences just like those of other feminists or could she be God’s Daughter sent to earth to fight for women’s rights? If you are not touched and moved to action by “My Daughter’s Army”, you are out of touch with the reality of women’s biggest demise and their possible future annihilation—all occurring at the hands of religion. Winner of the Gold FAPA President’s Award 2016 and the Epic Book Awards, “My Daughter’s Army” is a must read for women and men, and serves as a recollection of what courageous women have done as they’ve tried to break away from society’s infamous shackles.

The Rainbow Times interviewed the passionate author and activist of women and LGBT rights. In his distinctive British accent, Hogben explained how fighting for these rights and exposing them via social media has also yielded hatred and even threats against him. Yet, his activism prevails as it now lives stronger through “My Daughter’s Army”, his masterpiece to awaken the dormant self to a call for action. Stand-by.

The Rainbow Times: Where were you born, when did you come out and what brought you to the U.S.?

Greg Hogben: I was born and raised in Sussex on the south coast of England. I came out when I was about 18. There were no fireworks or drama. Looking back now, I realize how lucky I was to have such a supportive family. I moved to New York in 2008 and then to Washington, DC in 2009.

Q: When did you start fighting for women and LGBT rights? 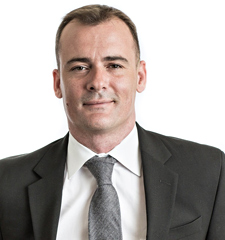 A: I’ve fought for LGBT rights since I was old enough to understand the implications of not being equal under the law, both in the UK and the US. Though we have made incredible strides, there are still so many issues to fight for. Thankfully, the LGBT community is not one to be complacent—and nor should it ever be. The fight for women’s rights has become more important to me in recent years as I have been exposed to the reality of the blatant, and sometimes subtle, oppression of women.

A: Twitter’s character limit makes you forego the usual politically correct prefaces and forces you to be blunt. It’s a hard honesty, and I think people respond well to it. I’m not active on Twitter to force my opinion on others, just to amplify the voices of those whose opinions are often overlooked, discounted, or who aren’t being heard. I know how incredibly lucky I am to follow and to be followed by so many amazing people.

Q: Going back to “My Daughter’s Army” Is Sera’s character born out of someone you know that fights for women rights with such a passion and commitment?

A: Sera’s character was inspired by the women in history who are synonymous with feminism and equal rights, many [of] whom started their campaigns at an early age. Today, I have so much admiration for Malala Yousafzai and her work to bring education to girls worldwide, as well as Emma Watson’s commitment to the UN’s HeForShe initiative to promote gender equality.

Q: You expose so many topics that are known to and experienced by women as if you, yourself, had lived through them. What prepared you to see women’s struggles in such a light?

A: Nothing prepared me. It troubled me, and still troubles me, more than I can possibly explain. The reality is brutal. I wish I could say that many of the stories within the book were embellished, or that I took some kind of writer’s license, but the truth is they are all based on the accounts of real women.

Q: What is the biggest obstacle to women’s rights in the world? In the U.S.?

A: Religion. Until people recognize that so many of the issues stem from and are still rooted in conservative, traditional interpretations of religion, it’s going to be a struggle. Even in the western world, issues of equality are often overlooked because many people still believe women should have a ‘subservient role’ that has been set for them by ancient books.

Q: As a member of the LGBT community, what do you think is the most critical issue this community is facing?

A: Forty percent (40%) of homeless youth are LGBT. I believe this is the most critical issue facing the community because it’s the most immediate. It’s appalling enough that parents would abandon their children, but to throw them in the path of traffickers and those who prey on the vulnerable is unforgivable. There are outstanding organizations out there that do an incredible job protecting these kids, but they often are woefully underfunded.

Q: How long did it take you to write My Daughter’s Army? Why is a book about women’s rights or lack thereof important?

A: Two years. Much of that time was dedicated to researching the issues as well as identifying potential solutions. The issue of women’s rights was always important to the story, but as I learned more, the angrier I became. It was difficult to find the balance of telling a story that is, at heart, about the relationship between a father and daughter, while at the same time raising awareness of so many different critical issues.

Q: Your recount of the 9/11 attacks through Adam and Sera’s eyes and reactions sounded so real. Were you there when such a tragedy happened?

A: No, but I researched, read, and watched many accounts of those who were so that I could portray the events as accurately and genuinely as possible. But 9/11 was a seminal event and I think we all experienced what happened that day in our own way. There was a collective feeling of anger and helplessness as the days and weeks went on, and we all identify with that.

Q: What made you think of the “stand-by” symbol for Sera’s movement/legacy, which is what you use on your Twitter page?

A: Though I am not a religious person, I did attend Catholic school, where the crucifix was ubiquitous. Seeing a man nailed to a cross has troubled me since I was a kid. I always found it to be a graphic image to serve as a reminder of a Messiah. I chose the stand-by symbol as a modern take on a familiar image that represented power. But rather than put a face on it, it was meant to remind people that they had the power to change things.

Q: Where, if Sera were real, do you think she’d be today in terms of women’s rights?

A: Social media has opened so many avenues for raising awareness and combating inequality, providing platforms for the voiceless and essential networks for people who otherwise would feel isolated. From the “It Gets Better” movement to the UN’s HeForShe campaign, online presence and social media can make a real difference in people’s lives. I’d like to think that Sera would harness the power of these online sisterhoods to motivate and create pressure for genuine change for women in the world, just as she did in the book.

Q: In a sense, the book commands a call to action. Was that the purpose of it?

A: I don’t see how anyone can delve into the issues, learn the statistics, and confront the horrors women truly face around the world and not feel compelled to do something about it—even if it is contributing by raising awareness. If people don’t know there’s a problem, how can they possibly fix it?

Q: What’s next for you in terms of women and LGBT rights?

A: I’m committed to continue raising awareness of women’s rights and LGBT issues through social media, hopefully making the abstract concepts very real. “Equality,” “fairness,” and “justice” aren’t just high-minded ideals. They each have a million real-life stories behind them of people struggling, fighting, and, ultimately, overcoming the odds to make the world a better place. I want to bring as many of those to light to raise awareness, make the intangible real, and to share ideas for solutions.

“My Daughter’s Army” is available online via Amazon and Barnes & Noble. You can buy it digitally or in paperback formats.

*Graysen M. Ocasio is a human rights activist, who mostly focuses on women’s issues, immigration and LGBTQ issues. Graysen is the Publisher of The Rainbow Times and holds an MBA from Marylhurst University and a Bachelor’s in Journalism from Temple University. Reach him at publisher@therainbowtimesnews.com.