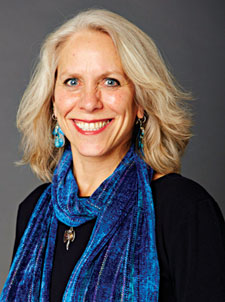 Despite growing visibility and acceptance of LGBTQ+ individuals throughout society, there are still many segments of the population whose identities continue to be marginalized. Organizations in Boston and New England are striving to serve and support these communities.

Last month, the Hispanic Black Gay Coalition (HBGC) hosted “Colors of Love: A Celebration of Queer Love & Relationships,” led by HBGC’s New Leaders Institute Program and HUES-Brown LGBTQ Womyn. According to organizers Daniela Amaya (program manager for HUES) and Bryce J. Celotto (program manager for New Leaders Institute), the purpose of the event was to create an open, inclusive, safer space for dialogue on the variety of love and relationships among LGBTQ+ people of color and their allies.

“We wanted to bring folks together to discuss the more personal and intimate details of our lives and expand folks’ knowledge about marginalized people and how they navigate their relationships,” Amaya and Celotto said. “We wanted a variety of identities to be represented and for attendees to be able to see parts of themselves reflected in those who helped make this event possible.”

“Heteronormativity and compulsory monogamy are reinforced in our society by how much they are emphasized in the dominant culture and depicted as the pinnacle of success,” said Amaya and Celotto. “There is a certain order that is projected onto us and that we are told to conform to from a very young age: stay in school, go to college, get a job, get married, have kids, etcetera. If, for whatever reason, we don’t accomplish these things or meet societal expectations of what’s considered ‘normal’—[for example] straight, cis, monogamous—we have deviated from the ‘norm.’ We have ‘failed.’”

Amaya and Celotto also said that the LGBTQ+ community itself reinforces heteronormativity, compulsory monogamy and cissexism at times through privileging socially constructed gender roles, not considering trans women ‘real women’ or trans men ‘real men,’ and by focusing heavily on marriage equality and marriage as an institution.

Bisexuals, pansexuals and omnisexuals—people who are attracted to more than one gender on a gender spectrum—continue to be marginalized within the LGBTQ+ world as well. Robyn Ochs is a national speaker, editor of the “Bi Women Quarterly” and co-editor of two anthologies, “Getting Bi: Voices of Bisexuals Around the World” and “RECOGNIZE: The Voices of Bisexual Men.” She says the Bisexual Resource Center, located in Boston, works to provide a safe space for people to share their stories, in addition to creating awareness, visibility, and providing resources.

“As a national speaker with one program that includes an anonymous survey of those present, I can say with certainty that the number of different identities is increasing, particularly amongst those who identify in the middle sexualities,” Ochs said. “Pansexual, bisexual and queer are the three I see the most often. I also come across people who identify as omnisexual, sapiosexual, polysexual, heteroflexible, homoflexible, straightish, gayish, fluid—and some who prefer to remain unlabeled. Another important trend I see is that approximately 30 percent of participants in this program use more than one label simultaneously. For example, I identify as bisexual, pansexual and queer.” [pullquote]Bisexuals, pansexuals and omnisexuals—people who are attracted to more than one gender on a gender spectrum—continue to be marginalized within the LGBTQ+ world as well.[/pullquote]

Ochs noted that there has also been a major shift in the definition of bisexual in bi activist communities and among younger people who use the label.

Misconceptions about bisexual, pansexual and omnisexual people continue to persist, according to Ochs, including that bisexual identity is transitional and unstable, or that bisexuals are hypersexual and untrustworthy.

“The United States is a very binary, erotophobic and ignorant place, and many of the stereotypes can be traced to this,” Ochs said.

Another group that continues to be largely marginalized are asexuals. New England Aces (NEA) provides support and community for individuals on the asexual spectrum (“aces”) and their allies. The group holds meetings and events for aces themselves as well as education and outreach for the community.

Hannah Hussey, co-organizer of New England Aces, said there is much diversity among asexual spectrum individuals, and that not all feel they are part of the LGBTQQIA community, though polling within the community has shown many do identify as queer or feel they belong within the LGBTQQIA umbrella.[pullquote] “Rather than defining bisexual as people with the capacity to be attracted to men or women, we are defining bisexual as the potential to be attracted, romantically and/or sexually, to people of more than one gender, with the ‘bi’ in bisexual referencing attraction to people with gender identities similar to and different from one’s own,” said Ochs.[/pullquote]

“On a practical level, we see this question come up a lot in student LGBTQ groups that are thinking about whether and how they can be more inclusive. Our response is often to let them know that they likely already have ace members,” said Hussey. “High percentages of people within the asexual community identify in ways that do not fall along the gender binary and/or feel some level of physical or emotional attraction to individuals of their own gender or of multiple genders. Many aces identify as lesbian, gay, bisexual, or questioning before adopting an asexual-spectrum identity. Other aces tell us that they turn to LGBTQ groups because they don’t know where else to find a space to openly discuss sexuality and restrictive societal expectations.”

Hussey said that membership within their group has risen dramatically in just a few years, and that other asexual-serving organizations seem to have experienced the same.

“I think as asexuality becomes more visible and there are more online and in-person spaces that offer resources and support, more individuals are moving from seeing their lack of sexual attraction as a personal failure to claiming it as an identity,” Hussey said.

The misconceptions experienced by asexuals range from others telling them that asexuality is impossible, that they “need to get their hormones checked,” or that they have not yet met the right person, according to Hussey, leaving many aces “feeling ‘broken’ or believing that there must be something wrong with them.”

“Other common assumptions are that asexual people must have experienced trauma or mental illness, despite the fact that there is no evidence to suggest that trauma or mental illness can cause a sexual orientation,” said Hussey. “At the same time, the asexual community is no different from other communities in that many of our members have dealt with trauma or mental illness. Just as these experiences don’t ‘turn’ an individual asexual, they also don’t invalidate the self-described identity of someone on the asexual spectrum, and it is important to make sure these individuals don’t have to choose between seeking support and identifying as ace.”

Hussey shared what allies can do to support asexual people.

“Allies can play a powerful role by listening to and validating asexual spectrum people’s descriptions of their own identities and experiences,” said Hussey. “They can also think about the ways their language makes assumptions about sexuality. For instance, questions like ‘What kind of men are you attracted to?’ not only assumes that the listener is, in fact, attracted to men—it also assumes that they experience attraction at all.”

“Allies can acknowledge their privilege, make sure not to take up too much space, and focus on listening and acting in solidarity with those who are marginalized,” said Amaya and Celotto.

“Mandy Carter—one of my social justice sheroes—says: ‘Justice, or just us?’ We need to speak out in defense of one another,” said Ochs. “If you hear someone spouting ignorant nonsense about folks in another identity group, say something. Educate that person; ask them to stop. And, focus on building coalitions. Remember that we are intersectional and have multiple categories of identity. We are not only our sexual orientations. As Dr. Bernice Johnson Reagon once wrote, ‘If you’re in a coalition and you’re comfortable, you know it’s not a broad enough coalition…And if you feel the strain, you may be doing some good work.’”

For more resources and information on and for bisexuals, pansexuals, omnisexuals, and other people who identify with the middle sexualities, visit the Bisexual Resource Center’s website at www.biresource.net and Biversity Boston at www.biversity.org. Ochs also recommends local Boston and New England groups such as Bi Women of Color; Straight Marriage, Still Questioning; Bi Book Club; Young BLiSS; Bi Guys Bowling, and checking out “Bi Women Quarterly” at www.biwomenboston.org.

For more resources for asexuals, visit www.newenglandasexuals.org. They also recommend local conferences such as Transcending Boundaries and the Five College Queer Gender and Sexuality Conference.