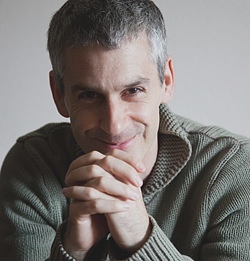 Aaron Belkin, founder of the Palm Center, and co-author of the new report.

Aaron Belkin, founder of the Palm Center, and co-author of the new report.

In a few short days, backers of “Don’t Ask, Don’t Tell” repeal are throwing a party aboard the Intrepid Sea, Air, and Space Museum, located in New York City.

It’s a pretty big deal, the one-year anniversary celebration to be held on Tuesday, September 18, which includes a tribute to retired Admiral Mike Mullen, the former head of the Joint Chiefs of Staff, and American service members and veterans.

Servicemembers Legal Defense Network is the organizational muscle behind the tribute, an event to be hosted by ABC News’ Barbara Walters.

And just in time for the celebration, a Palm Center report, issued earlier this week, documents no negative effects on the armed forces one year after repeal.

In fact, major findings of the study show no negative impact on combat readiness, unit cohesion, recruitment and retention, assaults, and harassment. While repeal’s effect on morale showed no net negative impact, morale rose for some, and fell for others, with no net overall change.

The report also documented no “wave of mass disclosures of sexual orientation after repeal.”

Still, a minority of straight service members, in an independent study, said someone in their unit disclosed being gay, bisexual, or lesbian, or that an LGB service member joined their unit.

On balance, moreover, “DADT repeal has enhanced the military’s ability to pursue its mission,” the study states.

The 50-page report, “One Year Out: An Assessment of DADT Repeal’s Impact on Military Readiness,” has nine co-authors, one of whom is Aaron Belkin, Ph.D., an associate professor in political science at San Francisco State University.

Belkin is a founder and director for the Palm Center, a public policy research arm based at the Williams Institute at the UCLA School of Law.

During telephone interview on Monday, Belkin discussed some of the report’s findings, as well as areas in military service for LGB troops that need improving and a caution.

For starters, he said, “What surprised me is the group of authors.” More than 10 years ago, when Belkin initially began working on DADT, the topic was “so toxic in the military,” that few military leaders where willing to go on record, he said.

As evidence of a new era, Belkin points to the eight co-authors of the report, five of whom include professors and/or a senior military officer at the U.S. Military Academy (West Point), the U.S. Naval Academy (Annapolis), Naval Post Graduate School (Monterey), the U.S Air Force Academy (Colorado Springs), and the U.S. Marine Corps War College (Quantico, Virginia).

Another surprise, said Belkin, is how difficult it was to find evidence suggesting repeal has harmed the armed forces.

In doing their analysis, he said, the study group reached out to known opponents of DADT repeal, including 553 retired admirals and generals (out of 1,167) who predicted in 2009 that openly gay military service “would break the all-volunteer force.”

In short, what did the study find?

Belkin cited the comments of a straight Army Ranger for a thumbnail assessment.

Repealing DADT, the solider said, “Didn’t change anything. … We’ve got a guy in the unit who is gay. We’ve been working together for years and everyone knew, but no one ever cared. For us it’s all about whether or not you’re good at your job … it’s all about quiet professionalism, not about your sexual orientation.”

And, said Belkin, even opponents of DADT repeal told the same story.

With repeal, “It was not much of a transition, it’s not like people come in with rainbow flags or anything … the funny thing about the military is, people come in and do a job. That’s all there is to it,” said a currently deployed Army National Guard sergeant who, nonetheless, opposes open service.

To protect respondents’ identities and to ensure confidentiality, the report did not identify demographic or professional details of any service member, including their names.

And yet, one area for improvement is achieving open transgender inclusion, which Belkin puts “at the top of the list.” That he said, “could be accomplished by re-writing the rules” and regulations, with “no law of Congress” required.

Another concern, Belkin said, is some expressions of “bias and harassment” service members face in the wake of DADT’s repeal. But he said the Pentagon has the unique, unprecedented opportunity to address that piece of military culture.

Yet another concern, Belkin said, is one line in GOP’s 2012 party platform, which raises a red flag. He was referring to the Republican Party’s “We Believe in America” document, which states, “We will conduct an objective review of the current administration’s management of military personnel and will correct any problems with appropriate administrative of legal action.”

That, said Belkin, “Is code to me for ‘We want to repeal’ DADT, should Mitt Romney be elected president.”