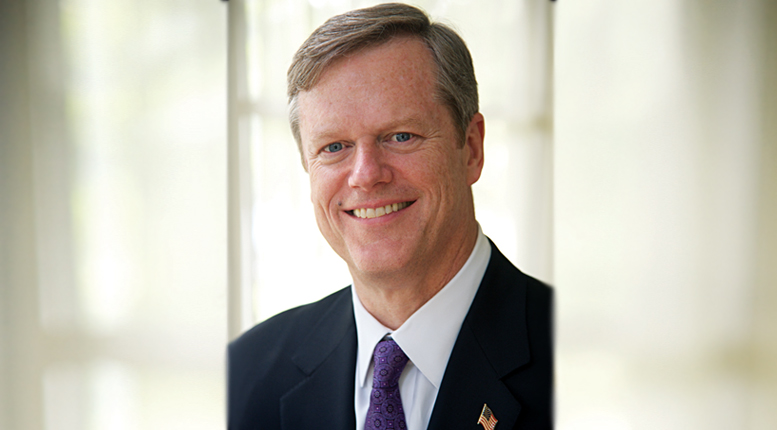 By: Gov. Charlie Baker/Special to TRT—

From the earliest days of the Revolution to landmark legislation that expanded access to health care, Massachusetts has always been a pioneer in the ongoing fight to create a fairer, more equal society for all. That leadership extends to our proud history of delivering equal rights for members of our state’s LGBTQ community.

As governor, I’m grateful that our Commonwealth is a national model for tolerance and equality. But for me, support for the LGBTQ community is about more than just politics—it’s personal. My brother has been married to his husband for over ten years, and that’s why our family is incredibly grateful that Massachusetts led the way in ensuring marriage equality in 2004. It is one of the factors that has driven my longtime support for marriage equality and other policies that help the LGBTQ community.

Today, Massachusetts is building on its historic role as a pioneer in ensuring equality for LGBTQ Americans.

In 2015, Lt. Governor Karyn Polito and I proudly signed an amicus brief in favor of nationwide marriage equality, ahead of the decision in Obergefell v. Hodges. When that decision came down, we celebrated along with millions of others across the United States. Gay and lesbian couples across the United States would have the opportunity to marry the person they love, just as they have in Massachusetts for nearly fifteen years.

We also recognize that our state cannot move forward unless we share opportunity equally, including with our LGBTQ friends. So in 2015, our Administration partnered with the National Gay and Lesbian Chamber of Commerce to institute a first-in-the-nation certification for LGBTQ-owned businesses for participation in state government’s Supplier Diversity Program. The changes mean that state government is ensuring diversity as we engage business suppliers and contractors, and boosting opportunities for LGBT-owned businesses.

Just last month, I was grateful for the opportunity to attend the official launch of the Massachusetts LGBTQ Chamber of Commerce to applaud business leaders for their contributions toward strengthening prosperity here in the Commonwealth. I was humbled to receive the Chamber’s inaugural Massachusetts LGBTQ Business Inclusion Award due to our Administration’s work in expanding the Supplier Diversity Program and helping boost economic opportunity for all.

I am also proud of our Administration’s work to extend additional protections to members of the Commonwealth’s transgender community. In 2016, I signed An Act Relative to Transgender Anti-Discrimination, outlawing discrimination on the basis of gender identity in all public accommodations. I am grateful to the hundreds of committed activists who worked tirelessly to advance this cause because it was the right thing to do.

I am troubled that some who oppose this law have organized an effort to repeal it. While I support the ballot initiative process, I strongly believe that the Commonwealth should reject the repeal effort. I look forward to voting “Yes” on Question 3, to uphold the law at the ballot box this fall. I am confident that voters will join me, to re-affirm that the Commonwealth will not tolerate discrimination against our fellow citizens who are transgender.

I am also proud that we are building on Massachusetts’ strong history of bipartisan support for the LGBTQ community. The amicus brief that Lt. Governor Polito and I signed in favor of nationwide marriage equality was also signed by several other prominent Massachusetts Republicans, including my mentor Governor William Weld, Governor Jane Swift, my former running mate Senator Richard Tisei, and other party leaders. We share a commitment to freedom and equality that is enshrined in our nation’s core values and crosses party lines.

In that spirit, I was glad to address the Log Cabin Republicans’ annual “Spirit of Lincoln” event earlier this month to highlight our Administration’s record of support for Massachusetts’ LGBTQ residents. I will continue to make the case that equal rights is not a partisan issue and that our society is stronger when we all recognize that.

As we campaign for re-election, the Lt. Governor and I are proud to communicate with Massachusetts’ voters about our proud record of support for the LGBTQ community, and about all of our achievements as an Administration. From supporting a thriving economy that has created over 180,000 new jobs, to investing in our local public schools at historic levels, to our nation-leading work to combat the opioid crisis, we are proud of what we have achieved together. Most importantly, we have demonstrated Massachusetts is a national model for bipartisan leadership that cuts through the noise and delivers results for people.

We are proud of all we have accomplished together in the last four years to make life better for people across our Commonwealth. In a second term, the LGBTQ community will continue to have a strong ally in the Corner Office as we all work together to keep our state moving in the right direction. We humbly ask for your vote so we can continue that progress.