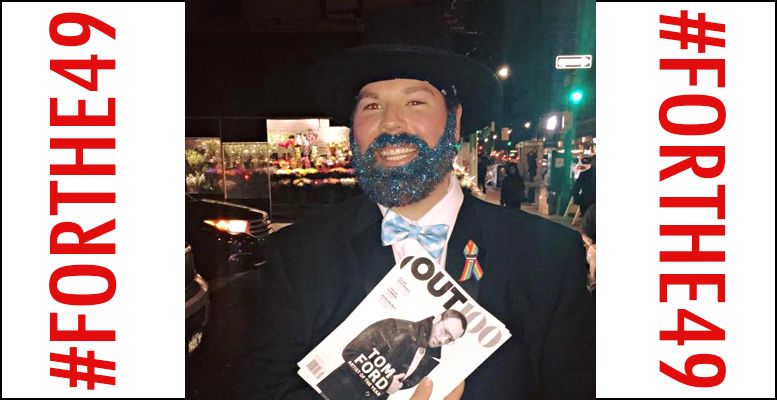 Pulse Orlando Survivor Christopher Hansen will be North Shore Pride's Grand Marshal on June 24, an honorary guest at the Pride Kick-Off Sunset Cruise on June 23, and will be at many other NSP events.
Photo: Facebook

“I was going to start a new job that I was going to be a slave to for months on …,” said Christopher Hansen, 32, and a Pulse Orlando survivor. “I needed a night to forget [it] all. And, I went to Pulse.”

And Pulse has stayed with him since.

Many consider him a hero, an angel. Hansen crawled out of Pulse and miraculously made it to safety and was physically unharmed. Instead of leaving the scene, he stayed as wounded victims were dragged from the nightclub to the street. Hansen helped carry those victims to safety. In videos, his voice is heard as he was trying to keep them alert. Hansen helped save two lives that night.

Hansen will also speak at the North Shore Pride Festival on the Salem Commons following the parade. Hansen will have multiple appearances at the 2017 NSP events below:

“My spirit is full of warmth and comfort with the welcoming of North Shore Pride in Salem, Massachusetts,” Hansen said. “I have always wanted to visit the beautiful town of Salem and revisit the history while creating our history. Pride is about celebrating who we are, who you are, who I am, and what we are about, unity. The unity or bond of our community is the people, and we all love. To share with you that we must keep dancing, I’m going to dance with you, Salem, and we’re going to celebrate Pride together in honor of our risen angels from Pulse to Stonewall, even Matthew Shepard.”

“North Shore Pride is honored to have Pulse Orlando massacre survivor Christopher Hansen as our Grand Marshal for the 2017 NSP Parade & Festival,” said Hope Watt-Bucci, NSP President. “As we are soon approaching the one year anniversary of that horrific event, we will always remember and never forget our LGBTQIA and Latinx community members who lost their lives that evening. North Shore Pride embraces this year’s theme of ‘Stronger Together’ as we join to celebrate the LGBTQIA community with [Chancen] Hansen at our side.”