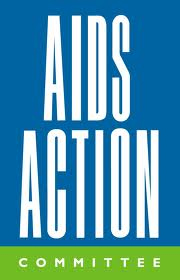 Three weeks ago, the Centers for Disease Control and Prevention (CDC) released its new surveillance report, Rates of diagnoses of HIV infection among adults and adolescents, by area of residence, 2011 — United States and 6 dependent areas. In this report, CDC stated that there were an estimated 49,273 newly diagnosed cases of HIV infection during 2011 in the 50 states, the District of Columbia, and six US dependent areas.

In considering this surveillance data, it is important to note that the number of new diagnoses of HIV is not the same as the number of newly occurring infections. The reason is that many HIV-infected persons do not become aware of their HIV status until many months or years after they are infected. In fact, CDC estimates that nearly one-fifth of all Americans living with HIV do not know their HIV status. The 2011 surveillance data include people who were diagnosed with HIV or AIDS during that year, whether they were infected recently or long ago.

In 2011, the estimated rate of diagnoses of HIV infection was 15.8 per 100,000 population – a rate similar to those seen in the previous several years. However, despite the stability in overall diagnosis rates, there were some notable trends within specific demographic groups.

Since the US Congress and the Obama Administration did not reach a budget agreement to reduce the Federal deficit, President Obama signed an order initiating automatic budget cuts to begin March 1.

“While the cuts technically start March 1, the true effects of the cuts will not be felt until FY2013 funding is resolved,” according to Terrance Moore, Director of Policy and Health Equity for the National Alliance of State and Territorial AIDS Directors (NASTAD). “The federal government is currently funded under a continuing resolution until March 27. Sequestration’s effects will not be felt until final funding awards are made after March 27.”

For those interested in reading more about the projected impacts of the sequestration cuts, we’ve included links to brief reports and statements by several groups:

If you are interested in additional information, please visit these links to abstracts of recent research.

* Eric Brus is the Director of HIV Health Promotion of AIDS Action Committee. This report is produced by the Health Library of the AIDS Action Committee in collaboration with the New England AIDS Education and Training Center Minority AIDS Initiative Project. The full version is available online.