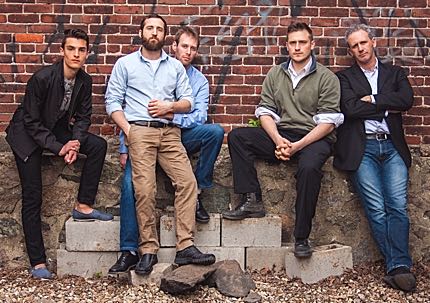 Salem Theatre engages community with production of The Normal Heart

SALEM, Mass.—Salem Theatre is thrilled to bring to its stage Larry Kramer’s groundbreaking play, The Normal Heart. The production will run June 11 – 27: Thursdays, Fridays and Saturdays at 7:30 p.m. and Sundays at 3 p.m. Saturday, June 20 will have a special Pride Day performance at 5 p.m.

The Normal Heart takes place New York in the early 1980’s, following the story of gay writer Ned Weeks and his struggle to awaken the world to the reality of the emerging AIDS epidemic. Facing the  deafening silence of the city administration, the press and the doctors Ned begins an organization that ultimately alters the course of history and defines part of the gay rights movement. [pullquote]“The Normal Heart is about the struggle to define one’s self and finding love in the face of absolute fear,” says director Catherine Bertrand.[/pullquote]

“The Normal Heart is about the struggle to define one’s self and finding love in the face of absolute fear,” says director Catherine Bertrand. “From scene one the play is looking unflinchingly at a very painful time in our history. Despite his war with the world Ned is determined to find love. All the while he is steadfast in his fight to make people aware of the disease that was killing, literally, half the gay men in New York.”

The Normal Heart is a hugely important piece of history, and Larry Kramer helped give voice to a generation of gay Americans during an absolutely terrifying time.

Artistic Director Matt Gray says, “Larry Kramer’s The Normal Heart is a rare instance of how a piece of Theatre became more reliable, insightful and accurate than any history or piece of journalism on the AIDS crisis. By honestly and empathetically chronicling this story, Kramer elevates Theatre to the most relevant form of storytelling.”

Tickets are available online through the Salem Theatre website salemtheatre.com.

Performances begin June 11 and run through June 27. Special performances and sponsored nights are as follows:

This production also sees the return of the Sold Out Initiative, which will support nAGLY (North Shore Alliance of Gay, Lesbian, Bisexual and Transgender Youth). For every sold out performance the Salem Theatre will help support a weekly nAGLY meeting by providing the meal and support for the meeting. nAGLY was founded in  December 1992 to provide a safe place on the North Shore for GLBTQ teens and is part of a statewide effort to assist the community’s young people in being healthy and safe and to grow to their fullest potential. nAGLY is a 501c3 Non Profit organization offering young people information, skills and community as well as providing a new reality and images of a hopeful future.

Founded in 2002 Salem Theatre aims to enrich the artistic, cultural and economic life of the Greater Salem region and build connections with new, diverse audiences and theatre artists through the performance of classic, contemporary, and new works of exceptional theater as well as through the arts education outreach.