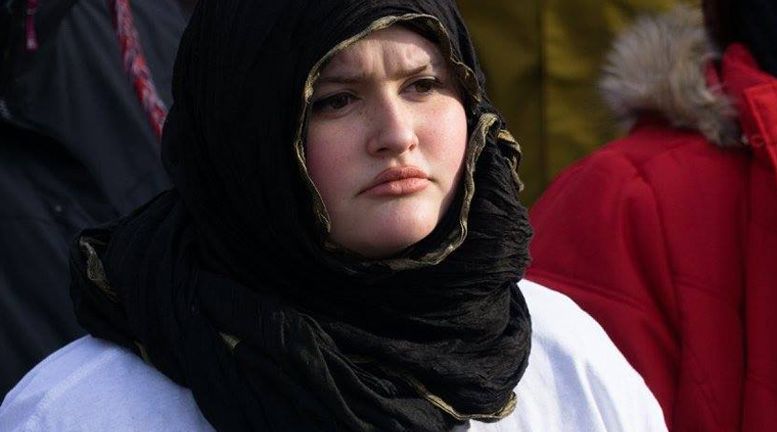 A participant in a Boston protest. Photo: The Rainbow Times

For progressive folks, becoming a sanctuary city or state is likely a no brainer. Recognizing the inherent need to protect and defend the most vulnerable among us, especially those who are silenced, is a moral obligation we must uphold. If you are progressive, you likely recognize there is extraordinary value in diversity and being inclusive albeit as a culture, we are far from achieving full inclusivity.

Nonetheless, progressives likely don’t need convincing that developing sanctuary cities are essential, especially with the current presidential administration. We recognize that local communities must take action to protect our residents, neighbors, family and friends. We remember that immigrants often flee their country of origin due to desperate circumstances far beyond their control. In many countries, being a member of the LGBTQ community alone can mean the difference between life and death.

Progressives know that immigrants are looking to work hard to build a better life for their family and contribute to the United States by enriching our culture. They better the economy by paying taxes, creating business and products and developing innovative technologies that benefit us all. Currently, progressives are the ones taking to the streets, pounding the pavement, knocking on doors and rallying support behind immigrants and sanctuary city policies and recognize that the immigrant community is a critical component to the fabric of what we call “our” American culture. We will not stand by while others are attacked by our government—not locally and not at the federal level.

I’ve realized through deep discussion with those opposed to sanctuary cities, that appealing to the concept of human dignity and compassion has mostly fallen on deaf ears. Opponents that express a deep concern over loosing federal funding and increased crime rates have met me with great resistance. These concerns have particularly surfaced since the current presidential administration has threatened to defund cities that are sanctuaries and has made inflammatory statements connecting criminal behavior to immigrants.

Though after so many falsehoods, Twitter temper tantrums, hateful rhetoric and unconstitutional sentiments and actions demonstrated by Trump, I don’t know how anyone can have an iota of confidence in his knowledge or use of the Oval office. The president is obviously well below the learning curve of how government functions and yet continues to double down on despicable and embarrassing behavior. I digress.

We must deal in facts, not “alternative facts”—also known as lies to most people—but concrete and measurable facts. As I’ve argued time and again, unless you are Native American, and most are not, then you are indeed an immigrant. Never forget that this land was not yours to begin with but was rather stolen through colonization and genocide of an entire people. We must deal in facts, as harsh as those may be.

The fact is that in sanctuary city communities, crime rates have fallen, not risen.

According to the Los Angeles Times, “For America’s police chiefs, calls for enhanced enforcement of federal immigration laws bring a particular concern. Chiefs are afraid that such efforts will have the unintended consequence of actually increasing crime and making their communities less safe. The reasons for this can be found in recent incidents from some of the country’s so-called sanctuary cities.”

Although what clearly defines a sanctuary city or state varies among region, the overall understanding is to protect communities and all residents, regardless of immigration status. What sanctuary cities do not do is protect criminals. In incidents where an undocumented person has committed a crime, deportation is probable. Although as Assistant Professor Angela S. García of the University of Chicago School of Social Work found, data verified that foreign-born residents are less likely to be incarcerated.

“The incarceration rate for young, foreign-born males is 1.6 percent compared to 3.3 percent for native born,” she noted. Myth debunked.

“It makes us safer, because people can go to school,” she said. “They [immigrants] can get driver’s licenses. They can be witnesses against other violence that they see in the community … if they came forward to profess that [as a witness], they’d have to be taken up by ICE (Immigration and Customs Enforcement). We don’t think that we should make our police officers immigration officers.”

In regards to the federal funding issue, Barry Friedman, a constitutional law scholar who runs the Policing Project at NYU noted that the Tenth Amendment is on the side of sanctuary cities.

“The federal government can’t demand that state officials or local officials do their work because of the Tenth Amendment and a court precedent called Printz v. United States,” Friedman said to CNN. “That means the feds can’t require local police to collect immigration status from suspects and local officials can tell their police not to request it. So they may never have information to give in the first place.”

And, if sanctuary cities are not in violation of federal law, then funds cannot be withheld.

If the opponents of sanctuary cities are provided information that debunks the myths with verifiable facts and data and yet they continue to oppose such measures that protects our communities, then one begs to know what is really behind their opposition. Perhaps it is the same mindset that led to erasure of so many Native Americans.

*Nicole Lashomb is the Editor-in-Chief of The Rainbow Times. Nicole holds a BM from SUNY Potsdam and an MBA from Marylhurst University. Contact Nicole here.

1 Comment on "Sanctuary Cities: Fact from Fiction, Progressives vs. Conservatives, or More?"