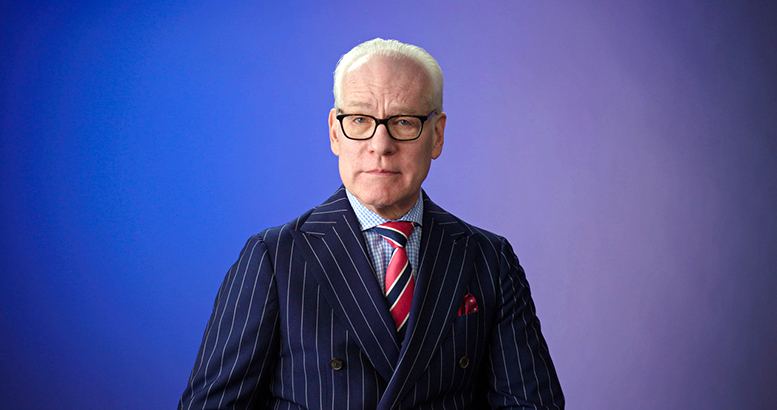 Stay Proud Project; from a rejection idea to its inception

Andrew Putschoegl is convinced that LGBTQ youth are destined to repeat history if they don’t learn from it.

“We realized that our history isn’t passed down by our parents—most of them aren’t LGBTQ+,” Putschoegl, who identifies as gay, said. “If it’s taught in school, it’s a footnote. It’s up to us to educate those who are growing up now and help them want to know where they came from.”

Inspired by an op-ed in Attitude Magazine in February 2018 arguing that younger LGBTQ people shouldn’t be obligated to learn about their history, Putschoegl said that his new initiative, the Stay Proud Project, grew from a rejection of that idea.

“It felt sort of like a gut punch,” Putschoegl said. “Knowing where we come from feels important to me. How are we supposed to know where we are going, if we don’t know where we’ve been?”

Sam Harris, a gay man and co-producer of the Stay Proud Project, said the importance of understanding LGBTQ history is about having an identity and—perhaps most importantly—a voice that generations before them fought hard for.

“What’s that saying, ‘Those who cannot remember the past are doomed to repeat it?’ I’m old enough to know what it was like when we had no rights, no representation, no role models, no legal status,” Harris said. “It’s vital that the newer generations know what it took to get here.”

Harris said as the elder generations who experienced such turning points as the Stonewall Riots and other pivotal moments in LGBTQ history pass away, a threat to the preservation of LGBTQ history rears its head.

“Frankly, there are fewer and fewer elder [LGBTQ] people who were there, in the 60s and 70s, in the trenches. These stories need to be documented—as well as all the generations after.”

The Stay Proud project is a series of short videos that tackle such subjects as intersectionality, activism, history, and other topics. Typically hovering between one and two minutes long, subjects between 10 and 93 years old—all coming from different parts of the LGBTQ community—share their thoughts on a given subject.

Mariella Mosthof, a self-identified “queer femme dyke” who was featured in the “PRIDE” installment, discussed how living without shame is an integral part of living with dignity.

Understanding LGBTQ history, Mosthof said, is crucial to that end.

“Shame is toxic to our development as humans. It keeps us stuck, preventing us from growing,” she said. “It erodes our relationships, with others, and it keeps us from making authentic connections.”

Mosthof contended that having pride is a crucial part of self-actualization, something that many LGBTQ people struggle within a world that can be hostile to their existence.

That tradition of passing down a legacy of acceptance and compassion, Harris believes, is a huge part of fostering more progress for LGBTQ people.

“Now I am married and have a child,” Harris said. “It’s vital that the newer generations know what it took to get here.”

Viewers will notice that every single interviewee stares directly into the camera when interviewed as part of the series.

This, Putschoegl said, was intentional.

“I felt strongly that eye contact directly with the camera would create a more intimate and personal connection between the person sharing their story and the people watching this at home,” Putschoegl said. “It just felt right—like the people on camera were having a one-on-one conversation with you.”

For Steven Rowley, a gay man who was featured in the “Coming Out” installment of the Stay Proud Project, his participation was inspired by coming eye-to-eye with the need to build strength for the LGBTQ community.

“The world is changing rapidly, and as a community, we have achieved a number of political and judicial victories in rapid succession,” Rowley said. “Whenever that happens, the opportunity for blowback exists and we have to be ever-mindful that the struggle for equality is far from over.”

Especially for vulnerable populations, Rowley said, an understanding of LGBTQ history is perhaps one of the most important ways to make living authentically a possibility for future generations.

“Especially for gay people of color, the transgender community, and the most vulnerable among us, we have to remain vigilant,” Rowley said. “Part of that is understanding our history and teaching it to the next queer generation.”

For Mosthof, the Stay Proud Project is a way for younger generations to stay inspired to advocate for greater acceptance of their identities.

“What I hope viewers take away from the project is that it’s not passé to still be talking about and sharing and unpacking queer identity,” Mosthof said. “We’ve been historically underrepresented in cultural discourse since the beginning of time. Maybe after we’ve seen queer liberation centered for two millennia, then we can relax.”

The Future of Staying Proud

Harris and Putschoegl both said the Stay Proud Project is on a course to cover more subjects as time goes on.

Leveraging their own networks, along with utilizing the combined social resources of organizations such as GLAAD and the Anti-Violence Project in New York, Harris said more is on the way.

“This is a project that can go as wide as we can get,” Harris said. “This project has [enlightened] Andy and [I] to the obligation of documenting these stories, these people, these lives. If the enthusiasm we’ve received thus far is any indication, we’re on a good path.”

“In an ideal world we want to interview people throughout the country, and eventually around the world,” Putschoegl said. “We have personally learned so much more than we ever imagined, and we want to help share these stories with everyone.”

Apart from educating LGBTQ youth and inspiring them to explore their own history, Rowley said the Stay Proud Project is something for all community members, young and old alike.

For Mosthof, the Stay Proud Project is about recognizing that there is still much work to be done.

She hopes this project will inspire more to understand that the struggle for acceptance and compassion is still an uphill battle.

“It’s tempting to claim that we’re ‘post-gender’ or ‘post-queer,’ as a society because of all the strides we’ve made in securing LGBTQ+ rights and protections,” Mosthof said. “But it’s important to remember that queer bodies carry the death and trauma of queer identity. We have a shared history of collective trauma and to lose sight of it is to risk never meaningfully healing from it.”