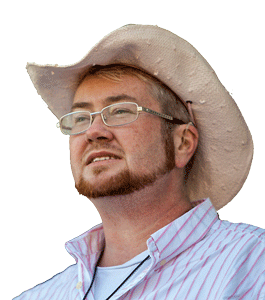 Before I transitioned, I struggled mightily with what it “meant” to change genders. Although I had felt that I was male from before I had words to express it, I also had come to understand — and articulate — the ways that society constructs ideas of gender. Those little boxes created to separate F from M really do feel like very little boxes to many people. As a young feminist, I felt strongly about the need to stretch and change (and possibly completely explode) that box that contained and limited “women.”

I feel just as strongly about it now. I also know just how limiting the box labeled “man” can be. Men have a lot of privilege, but the limiting nature of gender boxes hems everyone in. In order to keep men and women separate, both have to be limited in some way.

When I lived as a woman, this got under my skin a lot. The “woman” box felt very restrictive to me. Part of that was I didn’t feel that I was a woman, but I also felt strongly that no one should have to be boxed in by gender expectations. Only Barbie dolls can meet the Barbie-doll standard; real live women should not be expected to, I felt. The expectations go far beyond standards of beauty, to careers, parental roles, personality traits, mannerisms, and much more.

Usually the limitations made me angry and indignant. Sometimes, though, I felt something like embarrassment for failing to get gender “right.”

One day, a few years before I started transitioning. That embarrassment hit me in the grocery store. I was with a lesbian feminist friend, Lisa, who has never met a gender stereotype of women that she hasn’t wanted to toss on its oppressive ear, yet Lisa still appeared to fit within the standard better than I did (a fact I’d attribute to tighter jeans and longer hair). A mother with a little girl passed us in the store and, giving Lisa only a cursory glance, the little girl turned and stared at me. As her mother pushed their cart away, I thought the girl’s head would twist straight off.

I told Lisa about the embarrassment I felt, that even a little child could identify something “wrong” about me.
“There’s nothing wrong with you,” Lisa said. “You should be proud. You just expanded that little girl’s idea of what a woman can be.”

Regardless of what I felt about my own gender identity, Lisa’s statement was true. The girl identified me as a “woman” and seeing me definitely challenged her sense of what that word could mean. I hope that experience stretched out the “woman” box that little girl would (presumably) someday claim, giving it a little more breathing room.

In the trans community, though, I found a whole new pressure to fit into gender stereotypes. Transitioning to another gender does, often, mean unlearning behaviors and speech patterns. It can mean new words — new names, new pronouns, new words for family relationships. At first, it can seem like all these new things are mandatory. It can seem imperative to learn how to talk, walk or dress like a “real man” or a “real woman.” (One FTM friend told me he deliberately wore mismatching clothes because that’s how “real straight men” dress. I prefer to match, but then again I’m not straight.)

The fact is, the gender boxes we “choose” are not always much more comfortable than the boxes that were imposed upon us. The new boxes, after all, are just as imposed and just as arbitrary. I am sure there will always be ways in which some of the expectations on me as a man will feel easier, more natural, than the ones I experienced as a woman, but many are unnatural and uncomfortable.

There are times when, for safety’s sake, it’s important to know “this is not the day to challenge gender norms in a transphobic/homophobic space.” It’s just as important, though, to know “today, I can just be myself” — and toss restrictive gender norms on their oppressive ears.

Besides being more comfortable, it gives us a chance to stretch out those tired gender boxes. There are a lot of little children looking to all of us to show the full range of what it means to be a woman or a man … or maybe just human.

*Tynan Power is a parent, a writer and editor, a Muslim/interfaith speaker and organizer, a (very slow) runner, FTM, queer, a pen geek, often dehydrated, and full of wanderlust. This winter, he can often be spotted in a Smurf hat, which he is pretty sure is on the list of “real man no-no’s.”

Affirming Heineken Ad Gives Hope in the Rise of Disagreement