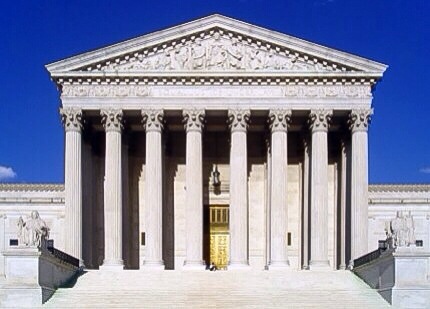 By: Lisa Keen/Keen News Service—
Nobody spoke about recent efforts to circumvent laws protecting LGBT from discrimination by claiming religious motivations; nobody pointed out that people with religious objections to contraception often have religious objections to alternative insemination for lesbians and condom distribution for safe sex education.

But the implications of two U.S. Supreme Court cases argued Tuesday for LGBT people and for laws that seek to prevent discrimination against LGBT people were a big part of the political discourse Tuesday afternoon.

Observers of Tuesday’s oral arguments over giving religious exemptions from the Affordable Care Act to for-profit corporations all agreed the decisions will likely come down to how Justice Anthony Kennedy votes.

Sebelius v. Hobby Lobby Stores and Conestoga Wood v. HHS are lawsuits brought by the owners of for-profit commercial enterprises (not religious institutions). One owns a furniture making enterprise; the other owns both an arts and craft store and a bookstore (the latter selling Christian-oriented books).

Jenny Pizer, director of Lambda Legal’s Law and Public Policy program, said it was “no accident” that the three female justices prodded Paul Clement, the attorney representing the companies, about how allowing for-profit corporations to take a religious exemption from ACA could lead to them seeking religious exemptions to non-discrimination laws.

Pizer said the votes of Justice Kennedy and Justice Stephen Breyer, both frequently supportive of equal protection for LGBT people, were not really predictable from the arguments.

But she said her sense of how the arguments went is “deeply worrisome.” She said her sense is that the court may give certain for-profit companies –those closely held by families or small groups of people (also known as S-corporations)— the ability to claim the same sort of religious exemption to ACA that is currently afforded to religious institutions.

“If they say any for-profit can claim religious [exemptions], obviously, that’s very bad,” said Pizer. “If they say only S-corporations can have a religious exemption, that’s less bad, but it’s still bad.”

“There are an awful lot of family-owned businesses,” said Pizer.

In a discussion on MSNBC’s Now with Alex Wagner Tuesday afternoon, California state senate candidate Sandra Fluke said companies could try to avoid paying for such things as HIV treatments “and, beyond that, to the level of what other laws could a corporation say, ‘We don’t need to comply with that because our owners have a personal objection.’ We’ve seen owners of corporations object to a whole list of non-discrimination laws…[protecting the] LGBTQ community [and] the civil rights movement in the past….”

Pizer noted that one of the female justices suggested that a ruling in favor of Hobby Lobby and Conestoga could “open up religious objections to the entire U.S. Code.”

Edith Windsor’s attorney Roberta Kaplan, on MSNBC’s Ronan Farrow Daily, said there have been efforts in the past for corporations to argue that they “didn’t want to pay Social Security or honor minimum wage or child labor laws on the grounds of religious beliefs.”

“But the court has said they have to follow laws of general application,” said Kaplan. “The implications” of the court ruling otherwise in this case, she said, “would be profound.”

Audio and written transcripts of the arguments are expected to be available by Friday at the Supreme Court website.