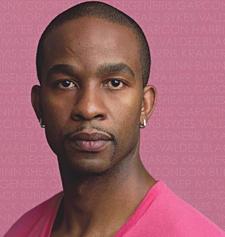 It was big news in April when Jason Collins came out as the first openly gay athlete still active in a major American professional sports league.

There were fewer headlines last month, when Collins participated in a four-day sports and leadership camp in Chicago. But for the 40-plus young people ages 14 to 28 who participated, it could be a life-changing event.

The National Basketball Association center joined a number of other athletes – including his twin brother Jarron – at the first-ever You Belong Sports & Leadership Camp. Like the Collinses, there was a twin focus. One was on helping LGBTQ youth tap their leadership potential. The other was on showing them that their sexual orientation is no barrier to participating in sports.

The weekend was the brainchild of Wade Davis and his business partner Darnell Moore. Davis – who came out after his professional football career ended – is a co-founder of the You Belong Initiative. He remembers fondly the football camps of his youth. But he also knows that many queer youth do not feel comfortable in athletic environments.

The four-day event was organized in partnership with LGBT organizations like the National Center for Lesbian Rights, Go! Athletes, Outsports, You Can Play, the Illinois Safe Schools Alliance and the Chicago Department of Health. Grants came from groups including the Gay, Lesbian and Straight Education Network (GLSEN), the Stand Up Foundation, and the “Be True” campaign (which provided athletic clothing, shoes and apparel).

But a key moment came when the National Basketball Association signed on to help. Suddenly the big boys were involved.

Cartwright was one of many speakers delivering powerful messages at the Sports & Leadership Camp. Describing how he went through life feeling “different” because of his height, he told the young men and women that everyone feels different for some reason. The key, Cartwright said, is to find support from people who “look at us for who we are.”

The Collins brothers’ attendance was key, Davis says. “We wanted the young people to see themselves through him. But having his straight brother there sent an important message too.”

The NBA’s Donnie Arey served as lead clinician, running drills and skill-building sessions. On the final day, they divided into two teams. Jason Collins and ESPN commentator LZ Granderson coached one squad; Allums and Jarron Collins led the other. They played a game, had a free-throw contest and ended with a dance.

Some attendees were not interested in the sports component. They came for the workshops, on subjects like youth leadership, civic engagement, social justice, and health and wellness. Others were thrilled at the opportunity to spend time with accomplished athletes.

The chance for LGBT young people to interact with them made a profound impression – and not just on the youth. “Every pro leaned in,” Davis says. “They all spent time with everyone, beyond the basketball court.”

When the four days were over, Davis says, all the participants had learned an important lesson. “Every person there is reimagining what an ‘athlete’ is. Some of these young people are homeless or marginally housed. Some of them can’t afford to play sports or have no access to it. But they’re interested, they enjoy playing, and they take some very important things away from participating and competing.”

Other lessons were more personal. Former Rutgers University men’s basketball coach Mike Rice was in Chicago too for a GLSEN Sports Project training session for coaches, held in conjunction with the camp.

Rice earned notoriety earlier this year, when a video went viral. It showed him hurling basketballs – and anti-gay epithets – at his players.

GLSEN has worked with Rice since his dismissal from Rutgers. His open engagement with the LGBT participants was part of his educational process.

The four days flew by. When it was over – and the requisite Facebook friending was completed – the LGBT youth asked two questions: “When are you coming back?” And “what’s the next sport?”

The next event is set for this winter, in Newark. Rutgers – Rice’s former employer – will be closely involved.

And so will the pros, who left Chicago feeling exhilarated. Davis says that every one asked to be invited back for the next LGBT sports camp.

Op-Ed: The Urgency of Now; Why We Continue to Invest in LGBT Organizations of Color