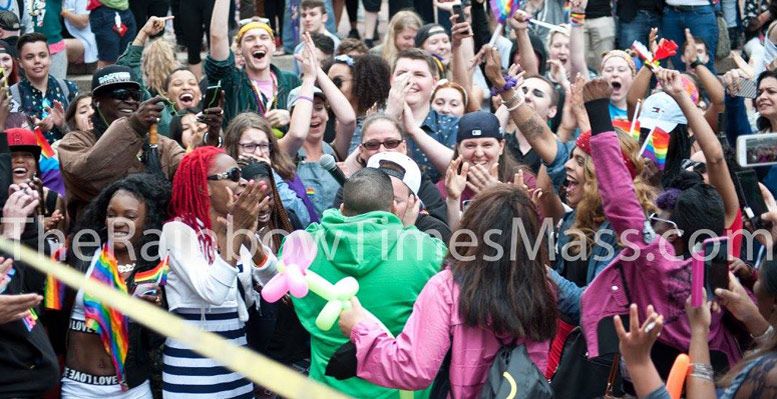 In a recent casual conversation, a friend reminded me about the importance of self-care during these tumultuous times. Sure, I knew about it and I am a believer in it, but was I still practicing it? The more I posited that very concept, the more I realized how I’ve grossly neglected myself in the process. But, the question is, when you’re committed to social justice, when the world is seemingly falling apart around you, how do you “indulge” in the simple pleasures of life without ignoring the critical work that needs to be done—not just for yourself, but also for others?

Since the last election cycle I have been in overdrive, to put it mildly. I’ve forgotten to smell the flowers along the way. I’ve forgotten to take a breath when I’ve needed it. Like many of you, I’ve been on edge. I’ve wondered when the next “big hit” will come and although I do the best I can to avoid it, the angst of the certain uncertainty is paralyzing. I recognize a large part of that has to do with how those who are emboldened to act out on hate or prejudice have taken to the streets. It’s obvious everywhere, whether it derives from cowards that inscribe the swastika under the cover of night, or those who have targeted immigrant children in schools and families in communities.

Even though things all around us may appear bleak and intolerable at times, I remember how much the LGBTQ community has overcome in the last few decades. I remember the good fight we’ve had and the good fight that still ensues. And, then, I remembered to celebrate. We have an obligation to ourselves and those who once were, to live fully, love fully and celebrate each other fully. No matter how harsh the winter, the flowers always bloom.

As a way to do this and as a part of The Rainbow Times’ 10th year anniversary celebration, we’ve launched a series of events throughout the rest of 2017 and leading into the New Year. While I cannot divulge all of the details just yet, it is an exciting time for the publication and for our community—a milestone, if you will.

First up will be our Pride Kick-off Sunset Cruise taking place on June 23 on the eve of North Shore Pride and departing from Salem, Mass. at 7 p.m. This harbor cruise is well over half sold out already and is bringing in some of the best local talent such as DJ Andrea Stamas, Drag Queen Kristi Kreamm, and as our honorary guest, Pulse Orlando Survivor Christopher Hansen. As June marks the first anniversary of the Pulse Orlando massacre, we will honor and celebrate the lives that were lost that fateful night. We will not forget. If you can, check out our Tribute to the Victims last year.

Learn more about this cruise and get tickets before it is sold out. We hope to see you there!

In the centerfold of this edition, you will find the pullout version of the New England Pride Map. In addition to the center spread, this quick reference guide will be distributed as a pocket-sized, foldable, 11 x 17 glossy piece at the region’s largest Pride celebrations. Keep this one with you or look out for them at your pride fest.

Amidst the work, the projects and the social justice fights, I realized that part of my self-care is taking pride in our community, in our gains, in our triumphs and struggles. I remembered how important it is to celebrate our lives and accomplishments. I remembered that no matter how dismal a situation may feel, the tide always changes. I remembered to take a deep breath. I remembered. And, now, I celebrate.

*Nicole Lashomb is the Editor-in-Chief of The Rainbow Times and Co-Chair of Salem’s No Place for Hate Community Engagement Subcommittee. Her Bachelor’s degree was obtained from the Crane School of Music/SUNY Potsdam and she holds an MBA from Marylhurst University. Nicole can be reached by email at editor@therainbowtimesmass.com.