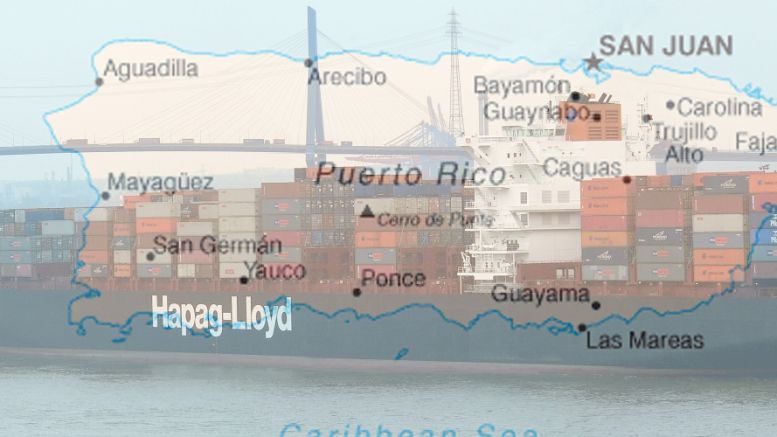 When Hurricane Maria struck Puerto Rico, making landfall as a category 5 storm, we were horrified for what that would mean for the U.S. island and our family residing on it. However, due to the fairly expedient response to U.S. mainland based hurricanes Irma and Harvey by our federal government, we had hoped that relief would also come expediently to Puerto Rico, an official commonwealth of the United States with a population of nearly 3.5 million Americans. Realistically, with a prejudiced person in the White House, we knew our hopes were likely in vain. We were right.

But, of course it’s not all Trump. The United States government has been crippling Puerto Rico’s economy for years.

One of those instances has directly to do with the Jones Act, a century old law that requires all “goods ferried between U.S. ports to be carried on ships built, owned and operated by Americans,” CNN reported. “And those ships are far more expensive to buy and operate than ships flying foreign flags. As a result, it makes just about everything in Puerto Rico more expensive.”

In 2012, a New York Federal Reserve study found that shipping a container on the East Coast to Puerto Rico costs double of what it would cost to ship the exact container on a foreign ship to nearby islands like the Dominican Republic. The comparative figures were $3,063 to $1504—for the same container. And in 2010, it was found that Puerto Rico loses approximately $537 million per year as a result of the Jones Act, according to a University of Puerto Rico study.

“Though many critics of the Jones Act, including Republican Senator John McCain, have argued for years that it should be permanently repealed since the higher shipping costs are a drag on Puerto Rico’s already struggling economy,” CNN reported.

The Jones Act is what limited supplies getting to the island initially when Trump did not sign a waiver to the encumbering Act in order to speed up relief efforts. It was not until days later and after a political firestorm that he signed a temporary waiver for 10 days. Yet, with Hurricane Harvey and Irma, the Jones act was waived almost immediately for Texas and Florida.

However, serious logistical issues presented problems too. There were 9,500 cargo shipments docked at the ports waiting on the island or at the mainland. Basically put, the Trump administration’s efforts were so convoluted that the relief supplies that were on the island could not be distributed to the American citizens needing it the most due to botch logistics.

Things really started heating up when San Juan Mayor Carmen Yulín Cruz called out Trump on his deficiencies and begged for assistance from anyone listening. As you can imagine, Trump’s twitter tirade began shortly thereafter where he assaulted her leadership as she waded through chest high flood waters trying to save Puerto Rican lives all while he was golfing in New Jersey.

In comparison to relief efforts spearheaded by the federal government in Texas and Florida after hurricanes Harvey and Irma ripped through the states, Puerto Rico was assigned only 10,000 troops. Texas received 30,000 and 40,000 went to Florida for their relief efforts.

“Obviously, what we asked for and what they sent was not enough for a storm that impacted every town in Puerto Rico from north to south and east to west,” Ramón Rosario, Gov. Ricardo Roselló’s secretary of public affairs and public policy, said to the LA Times.

Trump administration officials noted that it would take up to five days for ships to arrive to the island to assist in relief efforts and 4 days to prepare for departure. You know, being an “island that is surrounded by water,” Trump said.

The Pentagon finally appointed a 3-star general to the island to survey and oversee the imminent circumstances in Puerto Rico. He called the devastation the “worst destruction he has ever seen.”

Social media has been flooded for days following the natural disaster condemning the failed response by Trump to adequately respond. When he finally did, he blamed the island for its own problems, citing debt and poor infrastructure as some sort of justification for his inept response—as if they even relate.

When Hurricane Harvey hit Texas, Trump never cited its debt, despite its whopping $338 billion deficit in recent years—quite a move considering Trump also stuck Puerto Rico with a $33 million tab when his golf course went bankrupt there. Over and over again, the island was to blame in one way or another. In all actuality, it was his deficiency and blatant disregard for anyone other than his shade of white or for those representing his personal business interests. Trump will always put profit over lives and he proves it time and time again.

“Boricuas” serve the United States with honor, die for it to defend our freedom and yet, as second class U.S. citizens, islanders cannot vote in the presidential election. They have no real representation in Congress, and the U.S. government holds the authority to veto any law established by the local government of Puerto Rico.

As reported by the Committee for Puerto Rican Decolonization, “Since its invasion of Puerto Rico in 1898, the United States has maintained virtually complete control over the island’s development. Until 1952, the Governor of Puerto Rico was appointed by the President of the United States, and had veto power over a local House of Representatives. Civil services, armed forces, police, mail, citizenship, trade agreements, schools, media, and economic programs were under U.S. supervision.”

Now, who is really to blame here?

*Nicole Lashomb is the Editor-in-Chief of The Rainbow Times. She holds an MBA from Marylhurst University and a BM from New York’s Crane School of Music (SUNY-Potsdam). Nicole can be reached at editor@therainbowtimesmass.com.