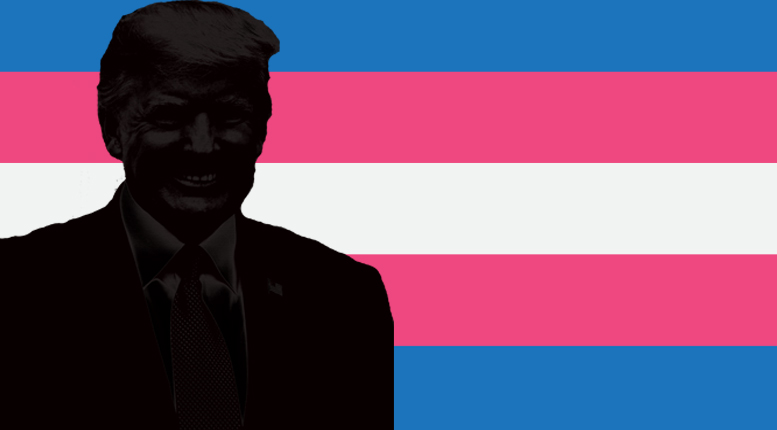 Transgender People, Allies and Activists Up In Arms; “No matter what this administration orders federal agencies to do, the courts still have the authority to interpret these laws and will continue to protect transgender people” -NCLR

WASHINGTON—In its boldest move yet, the Trump administration is planning to extinguish transgender people from existence, according to a memo obtained by the New York Times this weekend.

The memo states “that gender identity does not exist; that gender is set at birth and defined by genitalia.”

“The bottom line is that this administration has a transparent, callous, political agenda—and it is willing to undermine our most fundamental institutions to pursue it,” said GLAD Transgender Rights Project Director Jennifer Levi, via a statement. “We have seen this at work everywhere from the military—where Trump continues to pursue his ban on transgender troops despite its proven negative impact on military readiness and vocal opposition from military leaders—to the arenas of education, employment, and healthcare. It is a toxic agenda, dangerous to us all.”

The U.S. Health and Human Services’ (HHS) proposal states “that key government agencies needed to adopt an explicit and uniform definition of gender as determined ‘on a biological basis that is clear, grounded in science, objective and administrable.’” The definition would “define sex as either male or female, unchangeable, and determined by the genitals that a person is born with,” according to a draft reviewed by The Times. If there were any disputes about a person’s sex, it would have to be clarified using genetic testing.

“This proposal is an attempt to put heartless restraints on the lives of 2 million people, effectively abandoning our right to equal access to health care, to housing, to education, or to fair treatment under the law,” read a statement from Mara Keisling, executive director of the National Center for Transgender Equality. “This administration is willing to disregard the established medical and legal view of our rights and ourselves to solidify an archaic, dogmatic, and frightening view of the world. This transparent political attack will not succeed administratively, legally, or morally.”

The HHS is trying to make this definition consistent across all federal agencies, to include those that must comply with Title IX, the federal civil rights law that bans discrimination in public education under the basis of sex. “That definition could mean recently-enacted protections for transgender people, in areas like health care coverage and bathroom access in public schools and universities, would no longer be applicable,” reported the Advocate.

“This proposed policy is a heavy-handed attempt to strip federal legal protections from transgender people,” read a statement issued by National Center for Lesbian Rights Legal Director Shannon Minter. “It is part and parcel of this administration’s ongoing attempts to scapegoat vulnerable groups and to promote extremist policies rooted in stigma and stereotypes.”

Transgender Americans—especially youth—already a marginalized community, have been the target of Trump’s attacks since he took office.

“This Administration’s unceasing attacks on transgender young people are heartless and disgusting, and we will not tolerate them,” said Debra Haugser, President at Advocates for Youth. “Transgender young people deserve to be celebrated for who they are. We refuse to allow this administration to codify transphobia into law. The demands of far right, anti-LGBTQ groups will not erase the lived realities of transgender people in this country. We are committed to amplifying the voices of trans youth and fighting for their rights.”

Focusing on the current local and state legislation is something that transgender people, their friends and family can count on. And, Massachusetts can send a strong message to anti-equality proponents.

“This administration continues to act rashly and in mean-spirited ways. But we have the power to counter it. We are strong and resilient. We will not back down and cannot be erased,” continued Levi via a statement. “We will continue telling the truth about our lives, treating one another with compassion, and fighting for justice. It is imperative that we act now, with our collective power, to stand up for what is right. We have an opportunity on November 6 to voice our values, to support candidates who believe in fairness, and reject those who use human beings as political pawns.

“In Massachusetts, we face a critical vote—one that offers the chance to affirm the dignity and humanity of transgender people and to uphold the value of treating one another with respect. How Massachusetts votes on Question 3 will impact the direction of our nation. I am hopeful that the people in my home state will vote Yes on 3 to preserve the transgender civil rights law, which we fought so long and so hard to pass. I am optimistic that we will demonstrate, once again, that the cruel agenda of a few does not reflect the will of We, the People.”