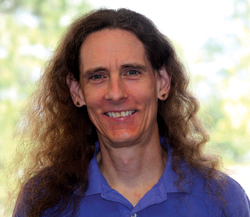 The Director of the UMass Stonewall Center, LGBT activist and scholar, Dr. Genny Beemyn spoke with The Rainbow Times about ze’s latest book, “The Lives of Transgender People.” The publication, co-written with Sue Rankin, discusses both the tribulations and accomplishments the trans community has faced over the years. The content was compiled based off of research the two conducted, beginning in 2004, with approximately 3,500 people.

TRT: What made you write The Lives of Transgender People?
Dr. Genny Beemyn: Myself and my colleague, Sue Rankin, were sitting around talking and lamenting the fact that there wasn’t really any research on the experiences of younger transgender people, and how it was that they came to identify as being transgender. We were seeing more and more young people identifying in various ways as trans, but no one was really talking about it and what that looked like, and we said, “You know, we can do this. Why don’t we go ahead and do a study that looks at transgender in the broadest possible terms, and trying to really consider generational differences, and how people come to identify in various ways as trans.”

Q. How did you choose the sample of interviewees used?
A. We were looking really as a national study. It was a web survey and it circulated throughout the country, through various means. One of the things that I did was that I went online and tried to find as many transpeople as I could. If you look at the data it’s very skewed toward transwomen and female presenting cross dressers, because they had more of a web presence seven years ago … We were thinking maybe we’d get a thousand people. We ended up with almost 3,500 people in about four months, and decided enough is enough, we have to cut this off. We were really surprised, and it showed us just how transvoices have not been heard, that so many people wanted to tell their stories and had not had the chance to do so.

Q. Why do you believe there is such an openness now surrounding gender fluidity, as discussed in the book?
A. I would say it’s young people; this generation of youth is really pushing the boundaries. Back in the day, even when I was coming of age and later, the expectation was that if you were trans, you were either transexual or a cross-dresser, with the dividing line being the desire to have surgery. There were no other real options. It really wasn’t until the 1990s when you had the internet and people were saying, “Well that’s not my experience. I don’t identify as either male or female, or identify as both, or somewhere in between, or, I don’t really want to do surgery even if I feel myself to be a different gender than what was assigned to me” … It was kind of like 30 years before that when transexual people were finding each other and recognizing, “Wow there’s a whole bunch of people like myself out there … this is a widespread shared experience.” I think people who are gender non-conforming/fluid had that same kind of experience back in the 90s, with the internet and being able to see that this wasn’t a unique experience at all. And the work of Kate Bornstein and Leslie Feinberg also helped as well to push boundaries and barriers and to say there wasn’t one way to be transgender.

Q. What can be done to make the public society, even the LGB community, understand the treatment of non-conforming gender and transgender individuals?
A. The media could provide much more coverage to transpeople, beyond simply us being killed and beaten up. That’s often the predominant coverage, which is important to have as well, because we never even used to have that much, but there needs to be a lot more human interest stories about transpeople and their experiences. It would give people the vocabulary around trans identity, to give a face to transgender people. We’re really starting to see that, the humanizing of transpeople.

That’s what worked with LGB communities; acceptance has gone up as people, who are not of those communities, get to know and see people in those communities. It becomes less of an “other” thing and more of an “us” thing. People have a much harder time being able to hate and marginalize a group that hits home and that friends, family, co-workers, people you care about belong to … Things are starting to change and I think the more media covers it, the more it becomes almost passe.

Q. Do you have any new work coming out?
A. Sue and I have an article that will be published in October in About Campus, the leading student-affairs magazine published by the American College Personnel Association. “Beyond a Binary: The Lives of Gender-Nonconforming Youth” talks about some of the book’s findings, and educates a wide audience of college administrators that normally we wouldn’t be able to reach. It will give them a better understanding and will allow them to recognize that there is a lot more work they need to be doing around transgender inclusion and support than most are currently doing.

I’m currently trying to finish a book in a different direction which is a history of LGBT life in Washington D.C.

Q. Do you know of resources for the public that will help them better comprehend what gender non-conforming means?
A. We have a transgender section on the Stonewall Center website, it includes things that I’ve written and also many other publications and reports from national organizations, that would be a great resource for anyone wanting information and some of the critical research around transgender people.

The Stonewall Center is located in Crampton Hall at UMass Amherst. Those interested in learning more about transgender topics can visit www.umass.edu/stonewall/.