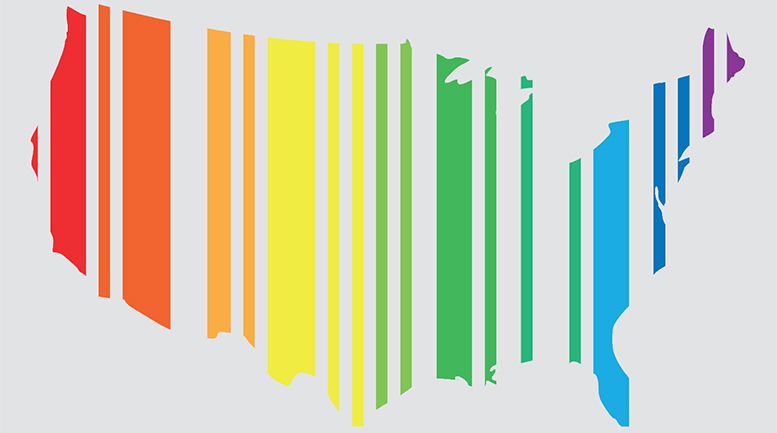 DENVER—In the last two years, following the historic Obergefell vs. Hodges landmark marriage ruling in 2015, lesbian, gay, bisexual, and transgender (LGBT) organizations have undergone a profound shift in priorities and investments. While the year after the Obergefell decision was focused on pursuing broad pro-LGBT legislation, the 2016 elections required quickly adjusting organizational priorities to fight back as LGBT equality fell under relentless attack. Despite the rapidly shifting political landscape, new data analysis released by the Movement Advancement Project (MAP) shows increased investments in LGBT organizations, perhaps as donors seek opportunities to respond to the new political climate.

The 2017 National Movement Report provides a comprehensive and standardized look at LGBT movement’s finances for fiscal year 2016 across 39 major LGBT advocacy organizations. LGBT organizations reported an 11% increase in revenue, including a 16% growth in individual donor revenue from 2015 to 2016. Cumulatively, the 39 participating organizations had a total 2016 revenue of $230.1 million. This report provides the first analysis of data for the year following the historic Obergefell ruling, as well as budget projections for 2017.

“Despite the radical shifts in organizational priorities and political landscape, we’re seeing a stable, well-resourced movement,” said Ineke Mushovic, MAP executive director. “The data is encouraging, however, we cannot afford to lose ground. As the administration rolls back important nondiscrimination protections for transgender Americans, as states advance efforts to expand religious exemption laws, and as the Supreme Court considers the Masterpiece Cakeshop case, LGBT organizations must battle on multiple fronts to protect hard-earned gains.”

Among the key findings for organizations participating in the report:

Revenue and expenses are growing:

“Support for LGBT organizing – and particularly for work led by and for transgender people of color – has never been more critical,” said Kris Hayashi, executive director of Transgender Law Center (TLC). “We are extraordinarily grateful that in this moment of intense attack, funders and individuals have invested in TLC’s work to keep transgender and gender nonconforming people alive, thriving, and fighting for liberation. Increased support has allowed TLC to mobilize after the election, to launch our Trans Immigrant Defense Effort (TIDE), and train up a network of pro bono attorneys fighting on the front lines from detention centers to the border, to expand our National Training Institute to build up infrastructure for trans leaders on the ground, and, quite simply, to show up where and when we’re needed.”

Diversity among staff and senior staff is improving, while boards are less diverse:

The results of the November 2016 election will undoubtedly have a significant impact on the future of LGBT organizations—especially their fundraising capacity and expenses. As the political landscapes change for LGBT equality, tracking these trends moving forward will be crucial for understanding the financial health and stability of the movement.

The Movement Advancement Project (MAP) is an independent think tank that provides rigorous research, insight, and analysis that help speed equality for LGBT people. MAP works collaboratively with LGBT organizations, advocates and funders, providing information, analysis and resources that help coordinate and strengthen efforts for maximum impact. MAP’s policy research informs the public and policymakers about the legal and policy needs of LGBT people and their families.  Learn more at www.lgbtmap.org.