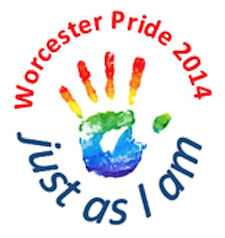 WORCESTER, Mass.—This year Worcester Pride lets the community choose a Grand Marshall. A few names were suggested by the committee, but Pride also had a write-in category! Among the contestants were State Senator Harriette Chandler, Representative Jim McGovern, Mayor Joe Petty and  Erica Kay Webster. What happened next was very special, City Councilor Michael Gaffney and Governor Deval Patrick and Family were both write-in candidates. After a run off with the top four, Erica Kay-Webster was the hands down winner of the popular vote.

Erica Kay-Webster spoke at the Worcester Pride Festival last year because of her special place in history. She is a survivor of the Stonewall Riots, the uprising famous for kicking off the modern movement for LGBTQ civil rights in the United States. [pullquote]After a run off with the top four, Erica Kay Webster was the hands down winner of the popular vote.[/pullquote]

Erica not only is a survivor, but is also one of the few remaining transgender women from the riots. She is now happily married and has a family of her own. Erica cares about the next generation. That is why she became an activist, not just for the rights of those being oppressed at the moment but for the next generation. One of the most compelling initiatives she has headed since Stonewall is the founding of a school for LGBTQ homeless youth on Cape Cod.

John Trobaugh, President of Worcester Pride said, “this is not just important for Erica Kay-Webster, but also for Worcester Pride as we go into our fortieth anniversary celebration next year. This is the 39th year since the first Gay Pride Festival occurred here in Worcester, and what an honor to have as the grand marshal of our parade, one of the strongest surviving women in America!”

In addition to the compelling reasons for a community choice Grand Marshal, Worcester Pride had an equally compelling reason for an Honorary Grand Marshal in our Mayor Joe Petty. Our Mayor has worked personally with Pride to be sure that every community event we hosted had as much support from the city as possible. In addition, working with the City Manager and the  Pride Committee, he has lead the charge to change our City’s Human Right Campaign (HRC) rating from 55%.  In fact, next Tuesday (8/19) at the City Council meeting,  will be two ordinances to be voted on that will make it possible, along with other administrative changes, for the city to nearly double that rating! Last week our President, John Trobaugh, testified before the subcommittee about the positive impact that these ordinance changes induce. We were pleased to hear a perfect 100 was a goal, but we are ecstatic to find it within reach!

1 Comment on "Worcester Pride Grand Marshall Chosen by the People"