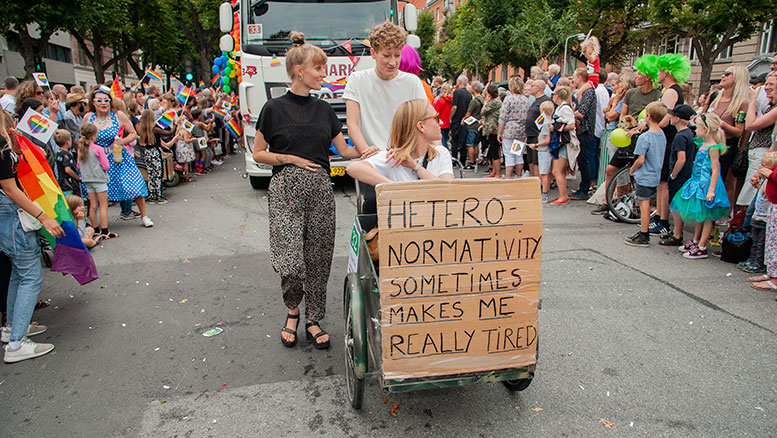 Everything You Need to Know About WorldPride 2021; Party in Scandinavia with the happiest people on Earth

It’s been two years since Stonewall 50 – WorldPride NYC 2019 became the largest international Pride celebration in history, but the “bye” year of 2020 (spoiler alert!) wasn’t due to the pandemic.

The global celebration has been held every odd-numbered year since 2017 given its massive logistical undertaking (with sporadic celebrations in 2006, 2012, and 2014 before then), and WorldPride Copenhagen – Malmö 2021 couldn’t have come at a better time.

Hundreds of thousands of cooped-up queer revelers and allies will flock to the twin host cities in Denmark and Sweden, respectively, from August 12 to 22, to party with the happiest people on the planet, a delightful distinction provided to the Scandinavian countries by the United Nations’ famous World Happiness Report. (The United States ranked number 19 in the most recent report, FYI.)

So what’s in store for this year’s all-out progressive-flag-flying festival? Read on for more.

WorldPride 2021 will coincide with two LGBTQ+ anniversaries in Denmark

If you can believe it, it’s been 70 years since Danish doctors in 1951 performed the world’s first successful genital reconstruction surgery (put that in your trivia hat), a medical marvel that provided hope to transgender people the world over. This year is also the 50th anniversary of the founding of the Gay Liberation Front’s Danish chapter, which has been instrumental in blazing trails toward equality for the country. Look how far it’s come! 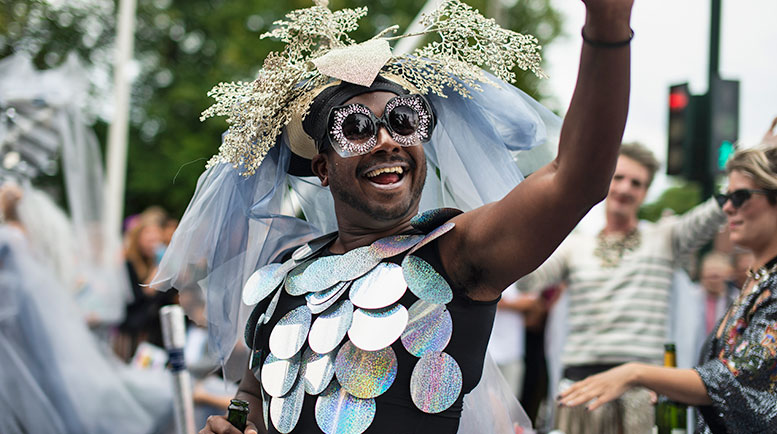 In conjunction with Copenhagen Pride, WorldPride will officially start late afternoon on Aug. 13, but in adherence with COVID-19 protocol the opening ceremony won’t be held in WorldPride Square (at least not as of press time; things could – and probably will – change). That potential snafu notwithstanding, Denmark welcomes vaccinated U.S. travelers, and if any testing is needed, both PCR and antigen tests will be available free to everyone, including tourists, 24/7. Mmhmm, Copenhagen is OPENhagen again, y’all.

WorldPride Square will be open for the rest of the fest

WorldPride Square – a makeshift village of sorts (similar to the Olympics) located within Copenhagen’s main square – will provide a gathering place for all attendees that have traveled far and wide. LGBTQ+ and non-government organizations spanning the globe will set up shop in the square to greet pedestrians, provide information, and invite folx to get involved. Art exhibits also will be a centerpiece of the village, alongside a street-food market and bars with plenty of space to relax.

EuroGames will be held simultaneously

If you enjoy watching hims, hers, and thems compete in a variety of sports that range from boxing and badminton to dancing and dodgeball, add the spectator-friendly EuroGames to your list of to-dos while you’re in Copenhagen. If you want to get hands-on (but not handsy; mind ya business, see), consider signing up to become a volunteer at the games, to be held Aug. 18 to 20; EuroGames’ website is currently accepting those applications.

Spread out and explore other WorldPride villages

While WorldPride Square will serve as the jump-off for the 10 days of festivities, other available villages will allow crowds to spread out and explore their individual interests. In addition to Sports Village for EuroGames athletes and fans, other villages will focus on kids and families, youth, women, and the queer community, among others. The programs and content of these villages will be target-audience-specific but open to everyone.

Mary, Crown Princess of Denmark, Countess of Monpezat, is patron of Copenhagen 2021, making her the first-ever royal to serve in the role for a major LGBTQ+ event. Say hi if you spot her; she knows a queen when she sees one.

Despite pandemic protocol, the show will go on

Organizers have said in an official statement that despite some COVID-19 restrictions, they’re “continuing to plan for full delivery of all Copenhagen 2021 events taking into account the guidance and recommendations” of government agencies. Doubling down, organizers have promised they will not cancel or postpone events.

Now there’s only one thing left to do: Let’s gooooooo!

[This story was originally published in the July 2021 issue of The Rainbow Times.]