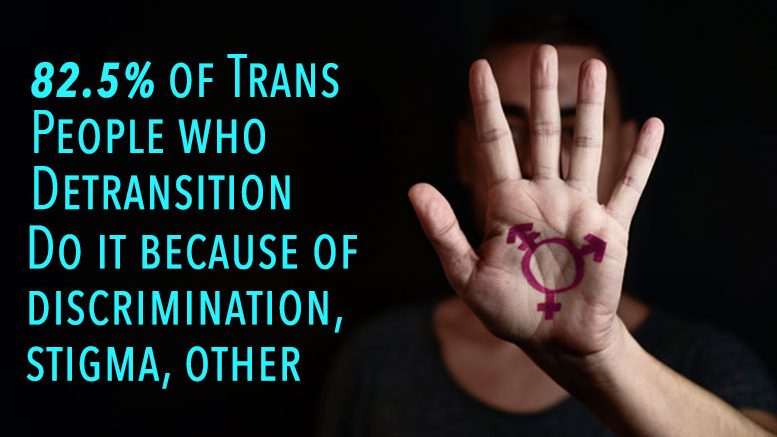 BOSTON—A new study published in LGBT Health found that 13.1% of currently identified transgender people have detransitioned at some point in their lives, but that 82.5% of those who have detransitioned attribute their decision to at least one external factor such as pressure from family, non-affirming school environments, and increased vulnerability to violence, including sexual assault. The study was authored by researchers at The Fenway Institute and Massachusetts General Hospital (Harvard Medical School) and is believed to be the first rigorous study of the factors that drive transgender and gender diverse people to detransition. 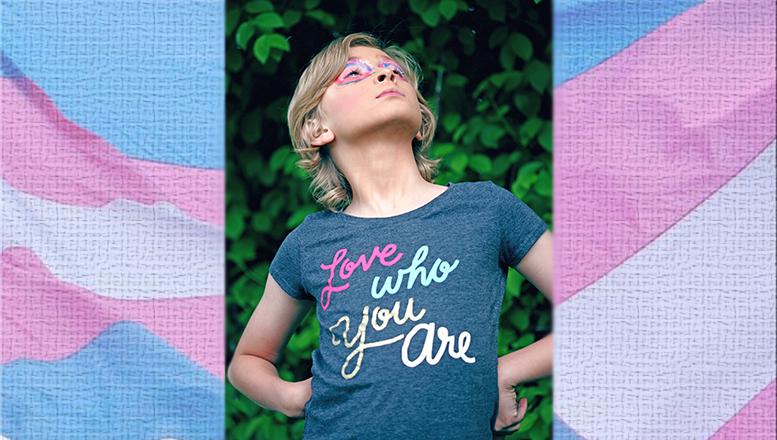 “These findings show that detransition and transition regret are not synonymous, despite the two phenomena being frequently conflated in the media and in political debates,” said Dr. Jack Turban, fellow in child and adolescent psychiatry at Stanford University School of Medicine and lead author of the study. “For most people, it appears detransition is forced upon them. Our results highlight the extreme barriers transgender people in the U.S. face when trying to live their lives authentically.”

A growing body of literature shows that exposure to discrimination and stigma increases the risk of poor mental health outcomes among transgender and gender-diverse people. But findings from “Factors Leading to ‘Detransition’ Among Transgender and Gender Diverse People in the United States: A Mixed-Methods Analysis” suggest that stigma and discrimination should also be understood as obstacles to safely living in one’s gender identity and expression.

The study also buttresses public statements by the American Academy of Pediatrics, the American Association of Child and Adolescent Psychiatry, and the American Public Health Association opposing the 82 bills that have been filed in a majority of states this year that would contribute to the external factors that lead to detransition, such as making it illegal to provide gender-affirming health care to children and teenagers, or restricting transgender students’ access to school facilities and/or participation in school activities.

The study uses data from the 2015 U.S. Transgender Survey conducted by the National Center for Transgender Equality which surveyed over 27,000 transgender people in all 50 states, Washington D.C., Puerto Rico, U.S. territories abroad, and U.S. military bases on a multitude of questions about their lives. Of the 17,151 transgender people surveyed who said they had undergone the process of gender-affirming transition, 2,242 also said that they had detransitioned at some point in their lives.

The most common reason cited for detransition was pressure from a parent (35.5%), pressure from their community or societal stigma (32.5%), or trouble finding a job (26.8%). Other reasons included pressure from medical health professionals (5.6%) or religious leaders (5.3%). Detransition was significantly associated with male sex assigned at birth, nonbinary gender identity, or bisexual sexual orientation, which is consistent with prior research finding that these factors are associated with lower rates of societal acceptance. Only 2.4% of trans people who reported past detransition attributed this to doubt about their gender identity, while only 10.4% attributed their past detransition to fluctuations in gender identity or desire.

“Clinicians working with patients should evaluate all of the factors driving detransition and be aware that many of these factors, such as pressure from parents or other family members, may warrant clinical interventions, such as family systems therapy,” said Dr. Alex Keuroghlian, senior author of the study and director of the National LGBTQIA+ Health Education Center at The Fenway Institute and the Massachusetts General Hospital Psychiatry Gender Identity Program.

“Factors Leading to ‘Detransition’ Among Transgender and Gender Diverse People in the United States: A Mixed-Methods Analysis” is the latest in a series of papers from the same authors using data from the 2015 U.S. Transgender Survey to evaluate factors affecting the mental health outcomes of transgender and gender diverse people. Prior papers include “Association Between Recalled Exposure to Gender Identity Conversion Efforts and Suicide Attempts,” published in 2019 in JAMA Psychiatry, and “Pubertal Suppression for Transgender Youth and Risk of Suicidal Ideation,” published in 2020 in Pediatrics.

Since 1971, Fenway Health has been working to make life healthier for the people in our neighborhoods, the LGBTQ community, people living with HIV/AIDS, and the broader population. The Fenway Institute at Fenway Health is an interdisciplinary center for research, training, education, and policy development focusing on national and international health issues.

Massachusetts General Hospital, founded in 1811, is the original and largest teaching hospital of Harvard Medical School. The MGH Research Institute conducts the largest hospital-based research program in the nation, with an annual research budget of more than $925 million and comprises more than 8,500 researchers working across more than 30 institutes, centers, and departments. In August 2019 the MGH was once again named #2 in the nation by U.S. News & World Report in its list of “America’s Best Hospitals.”

McLean Hospital has a continuous commitment to put people first in patient care, innovation, and discovery, and shared knowledge related to mental health. In 2017 and 2018, it was named the #1 hospital for psychiatric care in the United States by U.S. News & World Report. McLean Hospital is the largest psychiatric affiliate of Harvard Medical School and a member of Partners HealthCare. For more information, please visit mcleanhospital.org or follow us on Facebook or Twitter.

1 Comment on "Transgender Detransition: Due To Family Pressures, More"