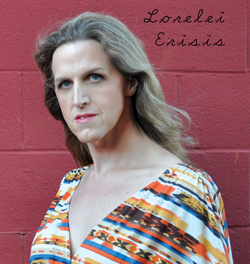 I read your solidarity piece. I disagree.

First, drag queens are entertainers; at the end of the show, they clean off the makeup, get in their male street clothes and go home. Second, crossdressers are either on their transitional path — not even sure, or sometimes even aware that they might transition — or they are men who like to be pretty. These are two things that link crossdressers and drag queens, as far as why they aren’t part of the umbrella, neither one needs rights; they go out for a short bit, then go home and back to their male lives.

I was part of the movement that helped pass the Equal Rights Bill, and the main reason public accommodations weren’t passed as well had everything to do with how crossdressers and drag queens are perceived, and how visible they are due to their flamboyance. If we want to succeed, we need to cut them loose and show the world we are just people who want to live.

Thanks for your response and for expressing an all too common view within our community, Clarissa. Let me tell you why I find this to be an often ill-conceived and also dangerous argument. It’s not that you are entirely incorrect about your assessment of either group, and though sometimes those two groups represent not so much sisters and brothers, as cousins. Here’s why I include them. Or rather more specifically, why it’s important not to exclude them.

I’ll start with Drag Queens (And Kings!). Though “drag” can be accurately defined as a performance style, and you are correct that many Drag Queens identify as gay men (and Kings as lesbians), I can tell you from having met lots of different trans folks, that a good many transgender people come through the drag community. It’s their avenue for experimenting with gender and discovering themselves. More than a few transpeople identify as gay or lesbian before transition. Many play with drag before anything else.

Some of these will continue to perform “drag” on stage during and after transition. As you noted, they may also be entertainers, and it is their particular performance niche. In point of fact, the Miss Trans New England Pageant was originally started to address the dilemma that many transwomen, who were on HRT and going through transition already, were pretending to be gay men doing drag so they could compete in “Miss Gay… etc.” pageants.

Let me come right out and admit to you my own biases. I get very frustrated when people assume I’m a Drag Queen because I’m a performer and also trans. And frankly, I find crossdressers sometimes “squicky.” I’ve even played a game with my roommates to see how many emails I have to open in my OKCupid account before I get to some guy telling me he likes to wear silky underwear.

But for every underwear fetishist, there’s a transwoman just trying to find herself, like an awkward teenager. Often there just isn’t any good way to know the difference until they themselves make it clear.

It is an easily discoverable narrative that many transwomen go through a phase of trying on the identity, passing through the community, or appearing to be crossdressers. Your own words acknowledge this. And yes, some crossdressers have no desire to transition and simply want to “feel pretty” or have some fetish attached to it. We often have no way of knowing for sure who is a sister and who isn’t.

But remember all those brave people at Stonewall and Compton’s Cafeteria who we claim for our own? Powerful transgender women and men, pioneers of our movement. Who were also Drag Queens and Kings, or were perceived as such. These were undeniably our sisters and brothers. But culture translates kind of awkwardly sometimes.

Also, it’s worth noting that transpeople who come from the drag communities can be an important through-line for connecting up to the better-funded and more powerful Gay and Lesbian parts of the movement. They cannot deny their connection to the “T” when we remind them that many of us come from the G and the L as part of our journey.

It’s a slippery slope for us to try and draw all of these arbitrary lines. We risk alienating those parts of our community most in need of our support in the process. Not only that, but by presenting a splintered front and fighting over who does and who does not belong, we not only draw energy away from more important work, we provide our enemies with the tinder with which to burn us down.

Further, I would assert that “Public Accommodations” were not passed, not because of how crossdressers and drag queens are perceived, but because there are bigots who would use these perceptions to stoke the fears of otherwise good, rational and caring citizens and politicians.

There’s a thing I like to do when I’m doing improv. If an ensemble member is perceived as a weak team member, I make a point of working with them whenever I can. If that player is onstage and I notice hesitation from anyone else, I will jump right in. Not only does it help that person to grow and learn, it also makes me a better improviser and it makes the ensemble stronger as a whole!

Look to the things and people that make you uncomfortable and ask yourself, what is it really about these people, that makes us uncomfortable? Is it perhaps the mirror they hold up to ourselves? Our own insecurities? Our fear of being “othered?”

If we address these questions ourselves, within a unified, radically accepting and supportive community, we can only become stronger.

*Lorelei Erisis is Miss Trans New England 2009. Send your questions about trans issues to her at: loreleierisis@gmail.com.