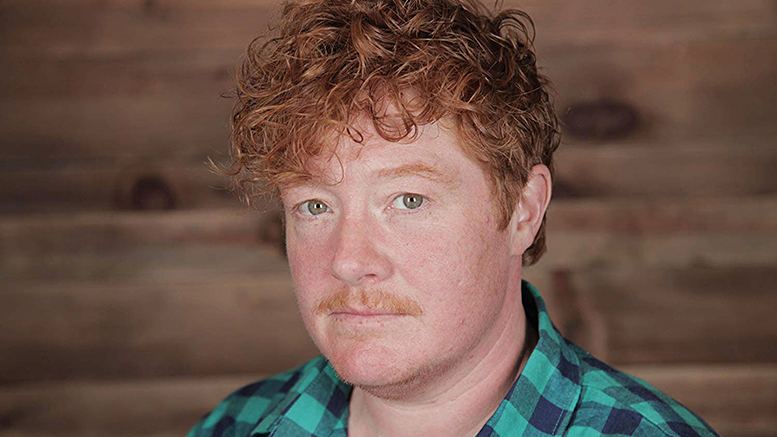 AMHERST, Mass.—In early November, UMASS Fine Arts Center (FAC) brings a night of hilarious, surreal, moving and romantic tales about the LGBTQIA+ community to center stage through Selected Shorts, a performance based on the hit public radio series. One actor stealing the limelight that night will be NYC based award-winning trans actor, performer and writer Becca Blackwell.

Focused specifically on the LGBTQIA+ community in this series, the FAC Programming Director, Aaron Shackelford explained that the center strives to be a space where everyone feels welcome. A core value, he said is to be “not just an artistic sanctuary, but a space of inclusion for all of our students, staff, faculty, and community members. This evening of Selected Shorts represents these values. For the performance at the FAC, we asked Selected Shorts to put together a program that reinforces the belief that everyone’s stories can and will be told at the FAC.”

And put together, they did.

Blackwell, who has collaborated with playwrights and directors to expand the understanding of personhood and the body through performance, takes to the stage on November 9. Their work can be found on TV series such as Shameless and Jack in the Box, amongst many others. A solo performer too, Blackwell is on the road with their show They, Themselves and Schmerm.

The Rainbow Times recently caught up with Blackwell to check out their upcoming projects and authentic insights. In this candid exclusive interview, Blackwell shares their experience of breaking onto the scene as a trans actor, misconceptions about the trans and non-binary communities, personal struggles, politics and much more.

Q: After an impressive CV working with top-notch collaborators such as Young Jean Lee, Richard Maxwell, Sharon Hayes, and countless others, you also have your solo show—They, Themself and Schmerm. What inspired this solo act?

A: I had never really seen myself on stage or TV/film. It was very hard for me to ever get an audition for a role that I was even remotely suited for. I have been in this business for over 20 years and nothing was available in mainstream [nor] even in much downtown Off Off Broadway work. I was getting work by a small hand full of artists that would write for me or hand-pick me to be in their productions. But, that is not a way to make a living. I knew I was meant to make work and to be an actor and I knew that the only way to see myself on stage was to write for myself. My friend Michelle Matlock had been telling me this for years, as she was also experiencing this as an African American artist/actor. My partner Erin Markey, who is a prolific performance maker, told me to write what I was interested in. It took many trials and errors but I stumbled upon a video called Me, Myself and I about the late actor Corey Haim. And, it was a very strange eureka moment. I sent the video to my friend Jill Pangallo and the rest just organically happened.

Q: There is a lot of misunderstanding of non-binary people. How would you explain to others the concept of a non-binary individual and the usage of they/them pronouns?

A: I just love making people use singular they for my own fetish. On a more serious note, humans are always in a state of flux and fluidity. Most concepts of gender are societal. If someone has certain flesh between their legs, why are they regulated to only certain behaviors? Would one say to a tree or a flower or an insect or anything in our very non-binary nature kingdom that they cannot behave in a way that you do not understand? If there are many ways to tie a shoe why is one way or only 2 ways the only way? These things have always been there, always have been expressed, it is just now making more mainstream news. It isn’t news historically. It has always been there. Someone being authentic to themselves shouldn’t affect you unless you aren’t truly being authentic to yourself.

Q: What do people misunderstand the most about the trans community?

A: That it is nuanced and not able to fit into one idea. Just like not all people of one category are the same. Each person is their own unique little being. One person’s expression of trans is their own. There isn’t a checkbox that one needs to be trans. I believe, personally, that trans truly means transcending the binary options created by western patriarchy. But each trans person could answer this differently and their answer is their own truth. I cannot and would not speak for all trans people just like I would not speak for all redheads or adopted people.

Q: Do you seek to educate others through comedy? If so, what topics, in addition to LGBTQ+ issues are you passionate about exploiting?

A: I find comedy is this way—if you can make people laugh, their heart opens up. They expand and with that expanse they can receive. It is in that moment I hope we can come together and find a sense of connection, if even briefly. We are more the same than different, ultimately. I exploit farts. It is the great unifier. I am making new work on connection and sort of, I guess, spirituality. And I am always finding humor whether I want to or not.  So, next, I exploit the spirit with comedy! Watch out, gods.

Q: What are your thoughts on the current political state of the country? What are the most important things members of the LGBTQ+ community can do to create effective change?

A: Politics are always politics. Politicians lie. They always have. I am hardly surprised. I have been around long enough that I don’t always trust change in the hearts of many. They don’t change, but money does and sadly with money, power is what shifts things. Change on a macro level always starts at a micro level. Every moment that an individual can deeply come to change it always affects everything they interact with. (use of singular they!!) But, the truly best and most radical thing is to know your neighbors, your block, your community, and your local politicians. Vote locally and get active in things right in front of you. Don’t freak out about things way out of reach, this is a divisive tactic. If you can be present to the things right in front of you that is where change starts. You need a snowball to make a snow schmerm.

Q: What was it like growing up for you as a trans person? Did comedy help you come into yourself?

A: I grew up during a time that the language one would use now wasn’t even in the lexicon of my brain. It wasn’t until academics started saying these things that I was asked to start “identifying” myself. I was always just Becca. And didn’t fit into what “women/girls” were and I definitely was not allowed or seen as a “man/boy.” So I don’t know what it was like to grow up trans but growing up as myself I was constantly being told to act more like a girl or a lady. I was a pretty scrappy kid and kind of didn’t give a sh!t what authority asked of me. I didn’t really like boys in a sexual way so I didn’t give a sh!t to be attractive to them. For me, meeting queer people in college is what felt really freeing. This was in a time when gayness was still pretty closeted, especially in Ohio. I had a very untraditional upbringing, so comedy and making people laugh was an enormous safety net.

Q: What advice do you offer to other trans people who may be struggling or feeling hopeless at the moment?

A: Find your friends. Be a friend. Stop your mind. It is your greatest enemy at times. Find the thing that feels so real in your body to do, a trueness in you, an expression—Drawing, music, writing, storytelling, coding, compositional farting anything that when you do it, you feel like you are connected to the moon and stars. Find your people. Love is really an amazing tool to connect to—Not necessarily romantic love, but friendship and community love. It is beautifully powerful. Through it, you can learn to deeply love yourself, and through that, so much opens up.

Q: As a trans actor, what is your perspective on trans roles being played by trans actors?

A: We need work. If trans actors are working, then great. More jobs, please.

Q: What do you hope audiences take away from your performances?

A: Cute shoes. And we should definitely invite them to our next holiday party. Also, wow, humans have the same notes of feelings and they are played differently in each body, but ultimately we are all working to get to a greater awareness. And, maybe just a tiny bit of space to take things in that you may not have understood … nothing bad happens when you truly take people in and are expansive.

To learn more about Becca Blackwell or to check out their touring schedule, visit their website at beccablackwell.com.

Selected Shorts of the LGBTQIA+ community takes place on November 9 at Fine Arts Center Concert Hall in Amherst, Mass. For tickets, call the Box Office at 545-2511, toll-free at 800-999-UMAS, or purchase online at fineartscenter.com/Shorts.