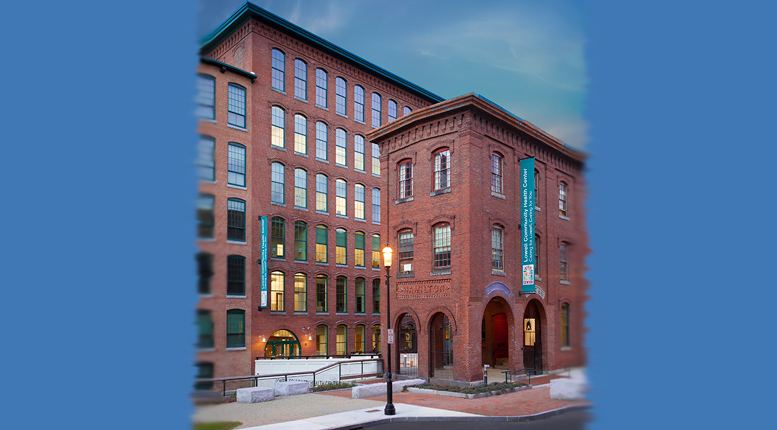 In response to an alarming rise in HIV diagnoses in northeastern Massachusetts, the Massachusetts Department of Public Health (DPH) worked collaboratively with the United States Centers for Disease Control (CDC) to study the root causes of the spike and provide much-needed support in the cities of Lowell and Lawrence.

“Since 2015, approximately 129 new cases of HIV infection among people who inject drugs have been linked to this outbreak,” said DPH spokesperson Ann Scales in a statement shared with The Rainbow Times. “DPH is working with Lowell, Lawrence and surrounding communities to expand access to HIV testing and syringe services programs, to reduce the stigma that keeps people from seeking treatment, and to improve the coordination of public health efforts and services.”

According to the DPH, in 2016, 23 HIV diagnoses were recorded in northeastern Massachusetts from people who used intravenous (IV) drugs. In 2017, the number of diagnoses jumped to 52, an increase of roughly 55 percent.

In April 2018, the DPH worked alongside the CDC to conduct a field study in Lawrence, Lowell, and surrounding communities to explore root causes and develop solutions.

A CDC report shared with The Rainbow Times shows that, from April to June, the CDC and DPH conducted interviews with the Lowell Health Department, the Greater Lawrence Family Health Center and Lowell Community Health Center (LCHC), IV drug users both with an HIV diagnosis and without, and healthcare providers to collect data on HIV diagnoses and opioid use.

The CDC found that 129 people linked to the Lowell and Lawrence areas had been diagnosed with HIV between 2015 and 2018, the majority of which were between the ages of 20 and 39. Eighty-five (85) percent of the diagnoses were attributed to IV drug use. Three-quarters of those using IV drugs reported the use of fentanyl, a highly-addictive opioid painkiller.

“What is happening in Lawrence and Lowell could be happening anywhere in the state,” said Carl Sciortino, executive director of Boston-based AIDS Action Committee (AAC). “The opioid crisis has created a perfect storm: Increasing numbers of people addicted to opioids, scarce access to harm reduction programs in much of the state, and the introduction of fentanyl.”

Sciortino said the addictive nature of fentanyl compounded with a lack of access to clean needles has contributed drastically to the epidemic.

“Fentanyl is well known to be potent, causing a significant overdose rate, but it also wears off faster than heroin leading people to inject more frequently,” he said. “In the absence of clean syringes, more frequent injection and sharing of needles is likely increasing the risk of HIV transmission. We are also seeing a skyrocketing of Hepatitis C cases statewide, an early indicator of the scale of the challenge we’re facing and the risk of a greater HIV outbreak.”

The CDC findings underscore Sciortino’s contention. According to the CDC report, of the HIV diagnoses studied during the 2015-2018 period, 90 percent were identified as having “laboratory evidence” of contact with the Hepatitis C virus.

Judy Lethbridge, a quality coordinator for LCHC, said that the center has started providing more clean needles in the Lowell community to help combat the transmission of HIV and Hepatitis C.

“What we do know is that there is greater awareness of HIV in this community today versus one year ago and that we have distributed many more ‘safer injection kits’ than in prior years,” she said. “Normally we distribute fewer than 100 per year; currently we distribute about 1,200 per year. These kits allow the user to clean their needles between uses, for themselves, or between users, if sharing.”

Dr. Chris Bositis, HIV director at the Greater Lawrence Family Health Center, said that there are also social factors that contribute to the spread of HIV through opioid use, noting that he suspects that “the social instability associated with being homeless [or] unstably housed, along with the compounded stigma of substance use disorder, mental illness, and homelessness, results in fewer emotional resources for self-advocacy, as well as isolation from the system where the prevention services are usually offered.”

The CDC report recommended that linkage-to-care be increased for those living with HIV in Lawrence and Lowell, but also across the entire Commonwealth. The report also noted that relationships should be strengthened between the DPH and local community health centers so as to be in more regular communication about HIV diagnoses.

Recommendations were also made around increasing HIV tests and clean needle exchanges. More education on and access to Suboxone, a narcotic used to treat opiate addiction, was also suggested.

The DPH committed to continued monitoring of HIV diagnoses in northeast Massachusetts, but also providing more tests and syringe exchanges in the area as well. The City of Lowell recently authorized a syringe service program in June and the DPH has plans to partner with a local community health center or hospital to administer the program. Lawrence currently has a syringe exchange program. Increasing substance abuse programs and health care providers in the northeast have also been highlighted, a goal that will increase access to care.

“We have recently initiated a short-term educational group for those with substance use histories, to improve risk reduction education among this group, with the hope that they will increase the knowledge of others in their peer group,” said Lethbridge of measures LCHC has taken to address the opioid and HIV epidemics.

She also noted that LCHC has increased its community outreach efforts and partnerships to better educate at-risk populations.

The Ryan White HIV/AIDS Program is a federally-funded direct service organization supporting those living with HIV/AIDS across the nation. August 18 marked its 28-year anniversary.

Sciortino noted the need for the Commonwealth to be more aggressive in its treatment of both HIV and opiate addiction.

“We need a comprehensive approach that includes prevention and education, treatment, law enforcement, and harm reduction,” he said. “Given the scale of overdose deaths, now greater than the rate of AIDS deaths in the 90s, we also need to open supervised injection facilities, or overdose prevention sites that will provide life-saving care while also acting as a conduit to a broader range of services.

“We need far more urgent and courageous action from our state, including the legalization of supervised injection facilities, if we really want to stop the rate of death occurring in our communities.”

Lethbridge said that she’s still concerned about new HIV diagnoses given how highly communicable the disease can be.

“A deep concern of mine is the potential for this outbreak to affect many more individuals who do not perceive themselves at risk and who will get into care late,” she said. “Per the CDC report earlier this year, not all of the 129 people who have been genetically linked to this outbreak have participated in IV drug use, but rather may have been sexual partners of those who have. This ripple effect has the potential to spread the virus more widely, just as it did in the 1980s and 1990s.”

To learn more about safeguarding oneself against HIV, visit the AIDS Action Committee website.

[Originally published in the Sept. 6, 2018 issue of The Rainbow Times.]