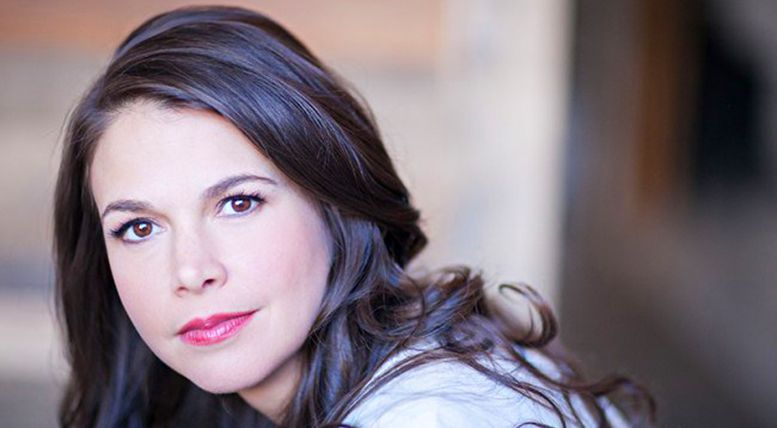 Featuring 175 members of the BGMC, a 20-piece orchestra, and the supremely talented Foster, Anything Goes will showcase songs from the classic Cole Porter musical of the same name. Foster, who will perform a solo set at the top of the concert’s second half, won her second Tony for her turn as Reno Sweeney in the 2011 Broadway revival of the beloved show. The concert also includes songs by Rufus Wainwright; Every Life Shall Be A Song, a new commission by Vermont-based composer Gwyneth Walker; and, as part of the worldwide Leonard Bernstein at 100 centennial celebration, a medley of the Massachusetts-born composer’s work, including selections from West Side Story, On the Town, and Candide.

“We’re so excited to celebrate this milestone anniversary at Symphony Hall with Sutton Foster, whose talent and charisma are boundless. As the title indicates, it’ll be a show with filled with spirit and surprises,” said Reuben M. Reynolds, III, BGMC music director. “After 35 years, Anything Goes, indeed. But what has never changed—and will never change—is our commitment to creating musical experiences that inspire change, build community and celebrate difference.”

In addition to starring in Anything Goes, Foster is well known to Broadway audiences for her Tony-winning turn in the title role of Thoroughly Modern Millie, and her starring roles in The Drowsy Chaperone, Young Frankenstein and Shrek the Musical. Foster also stars on TV Land’s “Younger” as Liza Miller, a single 40-something mom masquerading as a 26-year-old in order to keep her entry level publishing job. The popular series is currently in its fourth season.

The BGMC was founded in 1982, as one of a number of gay male choruses that formed around the country in the wake of the assassination of San Francisco Supervisor Harvey Milk, who was then the only openly gay elected official in the country. Throughout its 35 years, the BGMC has been a safe and welcoming place for members who wanted to fully express themselves and their lives through song. In the process, the BGMC has used music to break down negative stereotypes about gay people by providing a positive, affirming image of the community. Over the years, the chorus has grown into a beloved institution in Boston’s arts community, sharing local stages with the likes of Stephen Schwartz, Nell Carter, Ann Hampton Callaway, Laura Benanti, and Alex Newell; performing at one of the country’s first legal same-sex marriages in 2004; and in 2015 becoming the first gay chorus to perform at a gubernatorial inauguration in New England, at the invitation of Gov. Charlie Baker.

In 2005, the BGMC made history with a tour of Eastern Europe. BGMC’s concert in Wroclaw, Poland was nearly derailed by a massive protest organized by a right-wing group outside the venue. The chorus was escorted to the venue by police in riot gear, but the concert sold out nonetheless. The story was international news (a common headline was “Music Triumphs Injustice”) and sparked important global conversations about LGBT rights. In 2015, the BGMC again made history by becoming the first gay chorus to perform in the Middle East. Next June, the BGMC will tour South Africa, in part, to bring attention to the plight of LGBTQ refugees fleeing oppressive neighboring regimes.

“From our beginnings in an era of pervasive anti-gay discrimination, through losing so many members to the AIDS epidemic, and through the many advances and setbacks in the ongoing struggle for LGBT equality, BGMC has been a strong, melodious voice for justice, inclusion, and dignity,” said BGMC Executive Director Craig Coogan. “We’re thrilled and proud to have made it to age 35, though we only look a day over 20. We’re excited to continue the work of changing hearts and minds with our music.”

As part of the worldwide Leonard Bernstein at 100 centennial celebration, BGMC will also perform a medley of the composer’s most celebrated work, including selections from West Side Story, On the Town, and Candide. It’s a great way to kick off Boston Pride Week on Sunday, June 4, 2017 at 3 p.m. at Symphony Hall, located at 301 Massachusetts Ave., Boston 02115. Tickets can be purchased: $25.00-$125.00 (Before ticket fees)

Boston Gay Men’s Chorus creates musical experiences to inspire change, build community and celebrate difference. The BGMC is one of New England’s largest and most successful community-based choruses. Founded in 1982, the 175-voice ensemble is celebrated for its outstanding musicianship, creative programming, and groundbreaking community outreach. Under the dynamic leadership of Music Director Reuben M. Reynolds III, the BGMC sings a wide spectrum of classical and popular music and creates social change by providing a positive, affirming image of the gay and lesbian community. The Chorus is heard live by more than 10,000 people each season and thousands more through recording, television and internet broadcasts. In November, 2013, CBS-WBZ named The Boston Gay Men’s Chorus one of the “top five” choruses in the city of Boston. In June 2015 BGMC became the first LGBT chorus to tour the Middle East.