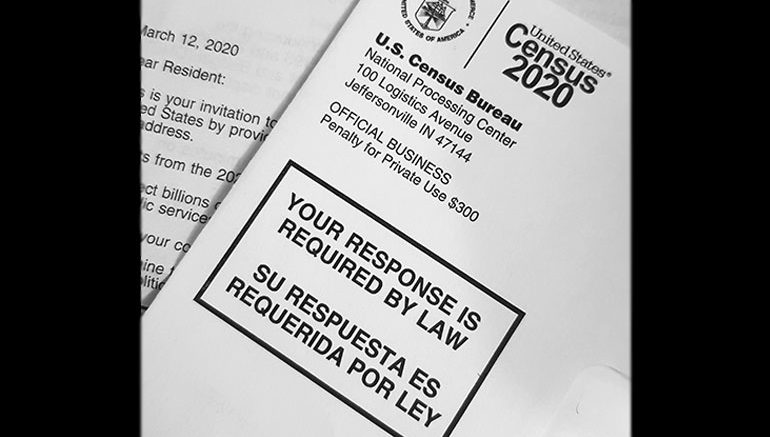 The importance of the Census for LGBTQ people in Massachusetts

By: Sean Cahill* and Tim Wang*/Special to TRT—

Once every decade, the United States federal government attempts to count the nation’s population in the Census. This year, it is more important than ever for LGBTQ Americans to ensure that they are counted on the Census. The 2020 Census data will be used to determine how more than $675 billion in federal funds will be distributed to the states each year to support a wide variety of vital health and support services. This includes federal funding for Medicaid, the Supplemental Nutrition Assistance Program (SNAP), and the Children’s Health Insurance Program (CHIP), for example. These programs are vital for creating an adequate public health infrastructure to ensure the health and well-being of our communities, especially in times of crisis.

The data collected in the Census is also vital to our country’s democracy and our political representation at the local, state, and federal levels. Undercounts on the Census can lead to inaccurate and skewed representation in government, and our electoral system already favors the more rural and socially conservative parts of the country. Although LGBTQ people live all across the country, our community is more likely to live in more urban and cosmopolitan areas.

It is vital for us to be counted in the Census to maintain our political power and to ensure that our voices are represented in the local, state, and federal governments that set policies that directly affect the health and well-being of our communities In today’s turbulent political climate, it is more important than ever to ensure that LGBTQ people and other marginalized communities, such as people of color and immigrants, are counted and have a voice.

As such, it is critically important that LGBTQ Massachusetts residents participate and be counted in the 2020 Census. And the good news is that the timeline for self-response on the Census has been extended! Amidst the global COVID-19 crisis, the deadline for completing the Census has been pushed back until October 31. That means that you still have plenty of time to complete the Census, and for the LGBTQ community, there is no better time to make sure that you and your friends and family are counted than during Pride month!

In order to raise awareness and encourage participation in the Census, the National LGBTQ Task Force is hosting a very special Census Week of Action at the end of June. For five days, starting June 22nd and running through June 26th, LGBTQ individuals and organizations are invited to take action by posting about why the Census is important to them, sharing personal stories and advice about the experience of filling out the Census, and joining together with the community virtually to celebrate Pride and our voices being counted. For more information about the week of action, go here.

This year, while many Pride festivals across the country have been canceled, we can still come together as a community to ensure that our voices matter by filling out the Census.