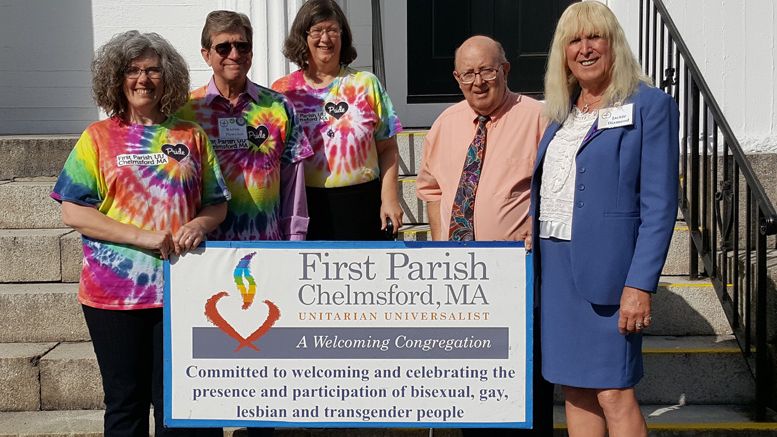 BOSTON—After a year that has seen continued violence against transgender people, the LGBTQ community and its allies will come together later this month to honor those who lost their lives and celebrate the work that’s being done to advocate for trans people across Massachusetts.

The Transgender Day of Remembrance (TDOR) was started by trans advocate Gwendolyn Ann Smith in Allston, Massachusetts in 1998 to remember the life of Rita Hester, a trans woman who was murdered that year.

“The Transgender Day of Remembrance is a day of solemnity,” Smith said in a 2013 essay. “It is a day where we remember those we have lost, when we mourn, and when we consider that we live in a world where we or our friends could very well be next on the list. We know that we live in a time when the right to live our genuine lives without fear of murder is far from guaranteed.”

TDOR vigils typically occur on November 20 and toward the end of Transgender Awareness Week, which begins on November 14. The Trans Murder Monitoring project, part of Transgender Europe, tracks the deaths of trans people and each November provides a list of names to be read during TDOR events around the world. Numbers for 2017 were still being calculated as of press time.

In 2016, the total was 293, and in 2015 it was 271. Many of these deaths occur in Brazil, Mexico and the U.S.—all of which have strong trans communities and mechanisms for reporting the deaths of trans people.

Trans Murder Monitoring estimates that there are many more trans people who die around the world but are not tracked because of gender-binary reporting methods used by law enforcement and information suppression from countries like Russia and China.

Several events throughout Massachusetts this month will honor and remember those who lost their lives. Every event includes a reading of the names of each trans person killed in the past year and the lighting of candles in their memory. Beyond that, each TDOR event in the area has a slightly different focus, with some encouraging political action and others focusing more on the victims.

Each service is a culmination of months of planning by community volunteers who are inspired to serve after learning about violence against trans people and its impact on the community. They hope that people from all walks of life will attend to learn more about trans people and the struggles they face on a daily basis.

Organizers in Cape Cod are hoping to reinforce the importance of voting to uphold trans equality on the ballot next November.

Cape Cod’s TDOR vigil will begin at 5:30 p.m. on Friday, Nov. 17 at the Harwich Community Center in Harwich, Massachusetts. The event will include remarks from Mason Dunn, executive director of the Massachusetts Transgender Political Coalition and part of the Freedom for All Massachusetts coalition working to gain support to uphold the state’s nondiscrimination law that went into effect in 2016.

Event organizer Sarah Carpenter said she hopes the event will draw people from all walks of life who want to separate fact from fiction when it comes to trans people.

Carpenter, who has been a trans advocate for more than 20 years, said the deaths acknowledged during TDOR include more than just homicides.

“There are suicides and one individual who was seeing an unlicensed plastic surgeon for injections and died of toxic shock from industrial grade silicone,” she said. “We include them because they were people in the community who have lost their lives.”

Dee Halzack remembers hearing about the TDOR event in Boston a few years ago and feeling bad that a medical condition prevented her from attending. She turned that frustration into action and worked with her church to start a vigil in Chelmsford, a town of about 33,000 on the Massachusetts/New Hampshire border.

The event will take place on Saturday, Nov. 18 and is hosted by First Parish UU of Chelmsford, which was designated as a Unitarian Universalist Welcoming Congregation for LGBTQ people in 2007. The first TDOR service was held a few years later and the congregation voted to continue holding it even after nearby Lowell began to hold an event of its own.

“The suburbs need to be made aware of what’s going on,” Halzack said. “This event needs to be observed in more than just the big cities.”

Like the other events, Chelmsford’s TDOR service will include a guest speaker, reading of names, and lighting of candles for each person who died.

Preparing those luminaries to remember the nearly 300 victims each year is an exhaustive effort for the church. Children and adults alike pitch in to decorate them and place them around the church. This creates opportunities for people who don’t feel comfortable attending the vigil to pay respects to the victims in their own way.

“It’s a really beautiful thing that so many find ways to contribute to the vigil in their own way,” Halzack said. “People who thank us for bearing witness admit that they can’t deal with it themselves.”

After a few years of somber ceremonies, organizers of this year’s Boston TDOR event hope to create a more uplifting experience that focuses on the lives of trans people rather than their deaths.

The event will take place from 6-8 p.m. on Sunday, Nov. 19 at the Cathedral Church of St. Paul. It will include performances from trans artists and the names of all victims read by community leaders. Committee chair Persia Brewer said organizers want to keep politics out of the mix as much as possible.

“Our theme this year is going to be a celebration of life,” Brewer said. “We don’t want the conversation to get to Donald Trump or people’s political views … this is not a moment for political witch hunts.”

Even though politics will not be part of the event itself, Brewer said she expects the current political climate will lead to an increased turnout this year. About 300 people attended last year’s TDOR vigil, and organizers are expecting around 500 this year.

Brewer said she hopes the event will serve as a catalyst for people from different backgrounds to come together for a dialogue about the commonalities that unite everyone in turbulent times.

“If [you’re just] in a space with other people whether you have differences with [them] or you don’t … if you can stand with them as another human, that will help to mend some of the broken relationships that [are] going on with our communities,” Brewer said. “We need to learn to just stand together as humans first. We all want the same things and we’ve all lost someone.”

Brewer said the planning committee is looking for volunteers in the weeks leading up to the event. Those interested in volunteering can contact Brewer at pbrewer@aac.org.

Although not officially affiliated with TDOR, another event this month continues the theme of awareness to prevent future violence against trans people. LGBTQ+ Welcoming Communities of Faith held a “Meet Your Transgender Neighbors” panel on Thursday, Nov. 2 at Memorial Hall Library in Andover.

Panel moderator Michelle Tat lives and works in Boston, but traveled to Andover along with panelists Kaden Mohamed, Lee West, and August Eberlein to bring awareness to the struggle for trans equality.

“This is the first time in recent memory where we’ve held a forum where transgender community members have opened themselves up to the greater Massachusetts constituency in a different part of the state,” Tat said. “My goal as emcee is to really personalize the ups and downs that we have as individuals navigating the world.”

The event is also connected to the November 2018 ballot initiative in Massachusetts. Tat said she’s not looking to receive special treatment because she’s trans, but instead looking for the same rights and protections that any other resident receives.

“I have a city job and am paying my taxes and doing what I have to do to be a typical Massachusetts person,” Tat said. “I’m not trying to beg for additional rights, I just want the same treatment and I want people to acknowledge that trans people get treated poorly.”

If this event goes well, Tat would like to work with Freedom Massachusetts to organize similar panels around the state.

[This story was originally published in the November 2, 2017 issue of TRT].